A U.S. sailor testified Wednesday he saw a Navy SEAL punch an Iraqi prisoner suspected of masterminding the killings in 2004 of four U.S. private security contractors, as the court-martial of another member of the elite unit allegedly involved in the incident opened at a military base outside Baghdad.

Petty Officer 1st Class Julio Huertas, wearing his blue Navy uniform, appeared in a military courtroom at the Victory Base Camp on Baghdad’s western outskirts to answer charges of dereliction of duty and impeding an official investigation. He has pleaded not guilty.

Huertas, 28, of Blue Island, Illinois, is the first of three Navy SEALs to go on trial in connection with the alleged assault of the Iraqi prisoner, Ahmed Hashim Abed. He is accused of failing to safeguard the prisoner and attempting to influence the testimony of another service member.

The SEALs’ case has gained widespread sympathy in the United States as well as support from at least 20 lawmakers in Congress who have urged U.S. Defense Secretary Robert Gates to drop the charges.

Abed was arrested last September on charges of orchestrating the grisly killings of four Blackwater security contractors whose burned corpses were dragged through the Iraqi city of Fallujah west of Baghdad. Two of the guards’ bodies were hung from a bridge over the Euphrates River in the insurgent attack.

Navy Petty Officer 3rd Class Kevin Demartino, who is not a SEAL and was assigned to process and transport Abed after his capture, testified he saw Petty Officer 2nd Class Matthew McCabe punch the prisoner, and blood come from the prisoner’s mouth.

He told the court Huertas and fellow SEAL Petty Officer 2nd Class Jonathan Keefe were also in the room and that he was the closest person to McCabe at the time of the alleged assault.

Huertas’ civilian attorney Monica Lombardi suggested that if he couldn’t stop the assault, nobody could have. “You could have stopped it, but it was too fast,” she said.

“You were the closest person to Petty Officer McCabe but you didn’t know that was coming.”
A few hours after the incident, Demartino testified that Huertas told him: “Get in there and get the story straight.”

He admitted initially lying when questioned about why the prisoner was injured, telling the court: “I wasn’t prepared to rat those guys out” but then said he changed his mind when it became clear there would be an investigation.

Coming forward was “the hardest thing I’ve done in my life,” he testified. “It’s a SEAL team, it’s a life changing event. It’s something I’ll have to live with for the rest of my life.” 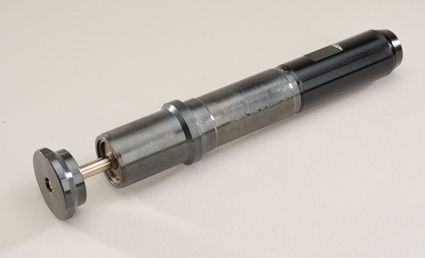