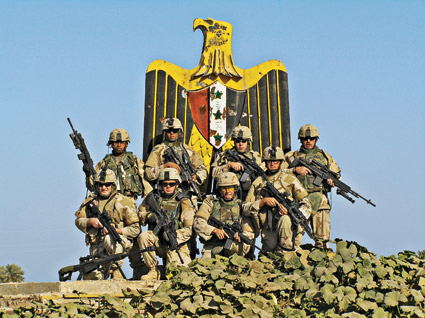 “It was a long haul up thirteen flights of stairs just to get shot at,” thought Cavalry Scout Sergeant First Class Dillard (Crazy Jay, CJ) Johnson as he settled in behind his weapon to look for tell-tale signs of a trained insurgent sniper.

CRACK! An aimed round smacked the concrete six inches from his head. Armed with his lighter M-14 topped with a Bushnell Elite 4200, he had a fleeting wish he had lugged his 36-pound Barrett .50 M107 up himself. He had told his spotter, Staff Sargeant Kennedy to follow him with it, so the Big Dog was on the way. Jay was shooting at the outside edge of the 7.62mm Hornady’s performance envelope. He realized it was better to quickly get rounds on target to stop the insurgent sniper than wait and watch more guys go down. He looked over the rooftops of Salman Pak and tried to spot the sniper who turned out to be hiding in a gully next to a paved road across the Tigris River. The bad guy was good; he’d been credited with dozens of first-shot kills, including 13 Americans, and our guys wanted him in a body bag. He had already hit Iraqi soldiers that day and was ranging in on CJ. 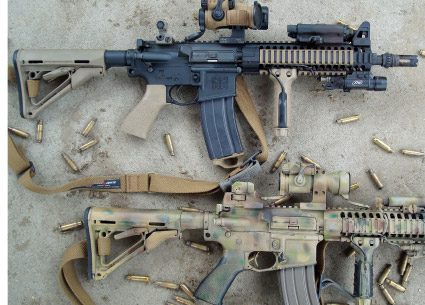