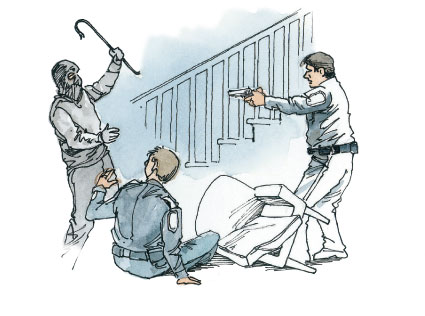 January 3, 2009: Sounds of someone ransacking a home caused a mother and daughter to hide inside a bedroom closet before calling San Francisco police at 2:30 in the morning.

The first responding officer found the suspect inside the house on the second floor wearing a black mask and armed with a crowbar. Confronting him, the suspect wouldn’t comply with the officer’s orders. A second officer shortly arrived and also ordered the suspect to drop his weapon without success.

The suspect responded to the officers’ orders by lunging at the second officer who was walking up the stairs. The physical confrontation continued as they both tumbled to the first floor. Entangled and unable to locate the suspect’s crowbar, the officer managed to draw his pistol and shoot the suspect.

Another officer heard the gunshot and saw the masked burglar raise an arm before engaging him with a second shot that subdued the suspect. Both the officer and suspect were taken to a hospital with no life threatening injuries. 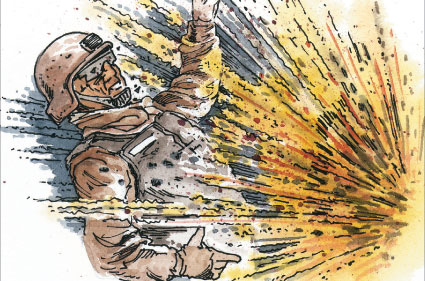