Someone mentioned actor Jesse Ventura in the movie “Predator.” His character brandished an M-134 Mini-gun fed by an ammo box on his back. After the Soldiers had a good laugh over that thought, Staff Sgt. Vincent Winkowski asked why a gunner couldn’t carry a combat load of ammo. He decided to pursue the idea.

“When we first arrived in theater in late October (2010), we were issued the Mk 48 7.62 mm machine guns,” Winkowski said. “This was a new piece of equipment for us, and we struggled to come up with a solution for carrying and employing ammunition for it due to our small size and the inability to have a designated ammo bearer, as is common doctrine with the M240B. 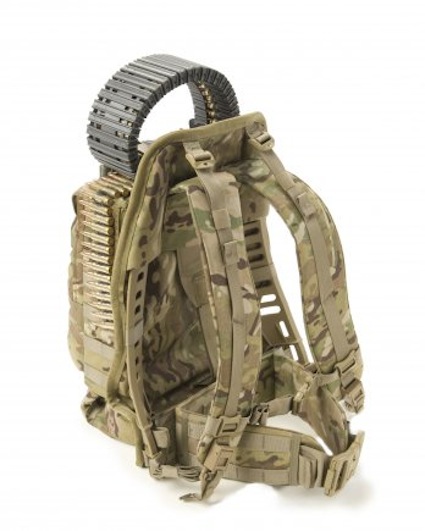 “The ammunition sacks that came with it made it too cumbersome and heavy to carry over long, dismounted patrols and especially when climbing mountains. Initially, we came up with using 50-round belts and just reloading constantly, which led to lulls of fire and inefficiency.”

So Winkowski grabbed an old ALICE (all-purpose lightweight individual carrying equipment) frame, welded two ammunition cans together — one atop the other after cutting the bottom out of the top can — and strapped the fused cans to the frame. To that he added a MOLLE (modular, lightweight load-carrying equipment) pouch to carry other equipment. 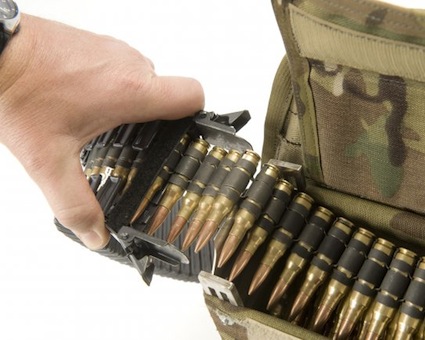 Read the rest of Bob Reinert’s article at Army.mil.