“Once the province of nations, the ability to destroy via cyber means now also rests in the hands of small groups and individuals: from terrorist groups to organized crime, hackers to industrial spies to foreign intelligence services,” he told the Center for Strategic and International Studies here.

Lynn said the common thread among three marquee reviews of U.S. cybersecurity is the need for greater public awareness of both the threat to the country and how it’s prepared to defend against digital attacks. He cautioned that cyber warfare is not an emerging or distant risk.

“This is not some future threat. The cyber threat is here today; it is here now,” said Lynn, whose remarks today come several weeks after President Barack Obama announced plans to appoint a cyber security coordinator to oversee the government’s effort.

The 21st century U.S. military, like American society at large, is dependent on modern technology that is subject to vulnerabilities, Lynn said.

“Just like our national dependence, there is simply no exaggerating our military dependence on our information networks: the command and control of our forces, the intelligence and logistics on which they depend, the weapons technologies we develop and field – they all depend on our computer systems and networks,” he said. “Indeed, our 21st century military simply cannot function without them.”

Underscoring the clear and present danger cyberwarfare engenders, Lynn said there’s evidence that more than 100 foreign intelligence organizations are trying to hack into U.S. networks. Lynn also cited a top intelligence official who said both Russia and China are capable of using electronic means to disrupt elements of the nation’s infrastructure.

Speaking about the scope and speed of cyber warfare, Lynn pointed to the example of Estonia, which was victimized by an attack allegedly carried out by Russian operatives. A series of data-flooding attacks lasting about three weeks in early 2007 brought down the Web sites of several daily newspapers and forced Estonia’s largest bank to shut down its online banking network.

Some cyber tactics can be carried out in less than one second, which increases the need for government preparedness.

“If attacked in milliseconds, we can’t take days to organize and coordinate our defenses,” he said. “If our networks were to be disrupted or damaged, we’d need to respond rapidly at network speed before the networks could become compromised and ongoing operations and the lives of our military are threatened.

“In short,” he continued, “we have to be just as fast, if not faster, than those who would do us harm.”

The Defense Department is considering a sub-unified command for cyberspace, Lynn said, though a decision hasn’t yet been reached on what shape the command might take. 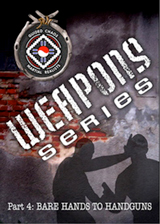