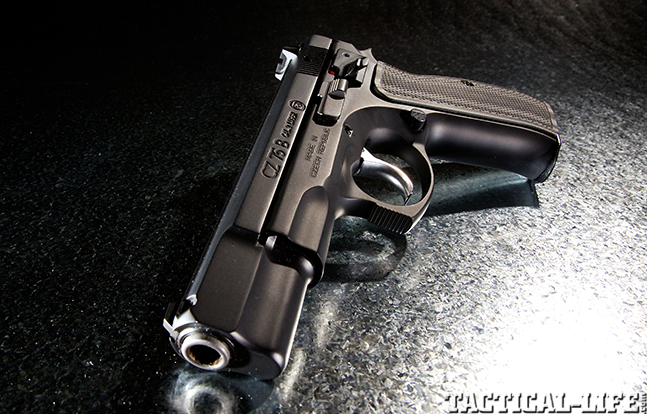 1 of 4
CZ’s 9×19 75B Is the Company’s Flagship
The classic Czech design in mildly upgraded CZ 75B form offers all-steel heft with a choice of double-action or single-action carry combined with 16-shot magazines and dependable performance. 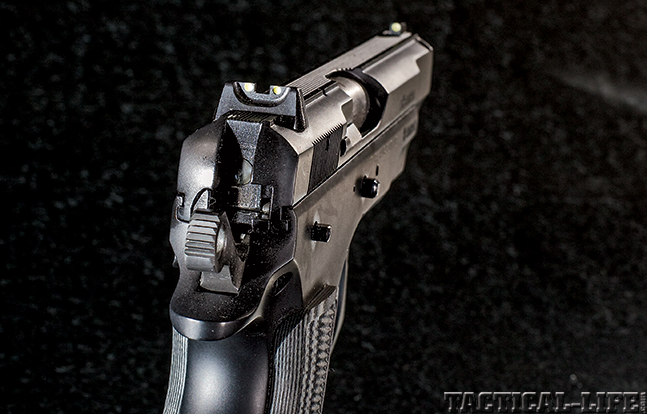 2 of 4
CZ’s 9×19 75B Is the Company’s Flagship
The 75 B features a 3-dot sighting system with optional Tritium night sights.

3 of 4
CZ’s 9×19 75B Is the Company’s Flagship
The slide-in-frame design helps for better recoil control and improved accuracy. 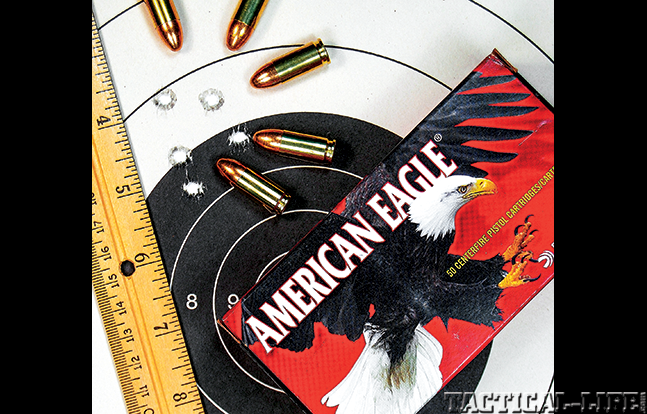 4 of 4
CZ’s 9×19 75B Is the Company’s Flagship
Controllable in rapid fire, the CZ 75B had no problem holding well under 4 inches at 25 yards off a rest with all ammo tested. 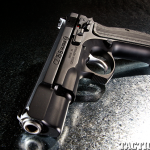 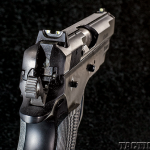 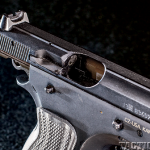 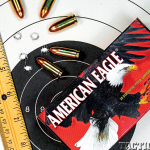 Over the years the CZ 75 has spawned an entire family of pistols inside CZ itself, and while there are several “next-gen” variants to choose from today, the (almost) original CZ 75 that started it all is still in the lineup, and at a very attractive price.

The current iteration of the basic CZ 75 adds a “B” to the designation, and that denotes the generational evolution of an internal firing-pin block to reduce the number of unintended bullet holes occasionally associated with the necessity of manually lowering the pistol’s hammer after firing it (if you do normally carry it in full DA mode). With no decocker, once you fire the gun you have three options: keep on firing until you achieve slide-lock, activate the safety, or carefully lower the hammer to its half-cock position by pulling the trigger with thumb on hammer to control its travel before holstering. That last option is what you’ll be doing anyway if you make the DA carry choice, since you’ll have to get the hammer to its half-cock position, and there’s no way to do it without pulling the trigger. Still not entirely foolproof, but the firing-pin block adds a layer of safety all the way round. For cocked-and-locked carry, it backs up the thumb safety if that safety lever nudges itself off somehow. Even if dropped on the hammer in any of its three positions, energy transmitted to the firing pin can’t move it, so it’s a legit improvement. Also note that the safety does not activate when the hammer’s down, either on half-cock or fully at rest. (The CZ 75 is also sold by the American CZ-USA importer with a decocker as the CZ 75D, if you prefer that route, but hardcore purists prefer the original format we’re looking at here.)

The rest of the pistol’s a mix of conventional features, with one other distinctive attribute in the slide/frame relationship. The slide rides on full-length rails inside the frame, instead of outside as “normal” pistols do. This is a concept borrowed from Swiss designer Charles Petter and one that Sig Sauer also borrowed for use in

its highly regarded and accurate P210 pistol. It maintains a fairly tight fit between upper and lower, and lets in no outside dust-bunnies or other debris between slide and frame. The CZ 75’s steel frame started out forged and blued, but it’s currently cast with what CZ calls a black polycoat finish. Slides are forged; barrels are hammer-forged with rifling created by an internal mandrel during the process; the recoil spring is a non-captive type on a black polymer guide; the hammer uses a rowel spur; the well-rounded trigger face is smooth; with a short spur and small beavertail there’s no possibility of hammer bite or slide slice whatsoever; the triggerguard’s decently-sized for gloves; and the grips are a checkered black plastic. Up top, a set of 3-dot steel sights (windage-adjustable at the rear) come standard, and inside you’ll find a 16-round steel magazine with an easily removable baseplate.

Muzzle rise is relatively minor. The serrated front of the triggerguard’s out of fashion; a non-serrated trigger face always allows for a better roll-through on DA shooting. The sight dots are the “chargeable” fluorescent paint type that really need to be brighter for normal use night or day (full-blown nightsights are available separately). The hammer sides are milled narrower than its base to avoid energy-robbing drag against the sides of the slide cutout, and fit and finish are very well done with no toolmarks or irregularities visible on the outside.

The overall ergonomics of the CZ 75B are among the best on any pistol, anywhere. The only real complaint I could muster up during the range session, aside from the minor annoying dim sight dots, was the grip screws that wouldn’t stay tight, letting the panels rotate slightly around them. This is not entirely unknown with the VZ Grips on these pistols, so figure on addressing it with either clear fingernail polish on the screw threads or by ordering a set of four rubber O-ring lock-washers for the screws along with the VZ grips. And, speaking of parts, CZ-USA is one company that’s perfectly happy to sell you spares for home repairs if you’re sufficiently inclined and mechanically adept enough to do so.

Leather for these pistols is, unfortunately, less common than it should be, but Galco has both it and you covered for carry with the tightly-molded, open-top Combat Master holster paired with their DMC double magazine pouch. These options present a very workable compromise between retention and quick access, and their quality’s a given. 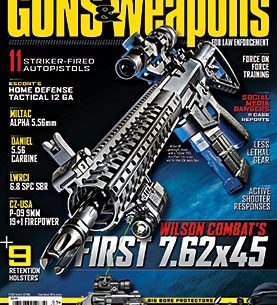