0
SHARES
0
VIEWS
Share on FacebookShare on Twitter
“Into the Jaws of Death – U.S. Troops wading through water and Nazi gunfire”, ca. 06/06/1944. U.S. Army troops wade ashore on Omaha Beach on the morning of 6 June 1944, although planned for the morning of 5 June, but delayed one day due to weather in France. Image: Chief Photographer’s Mate (CPHoM) Robert F. Sargent.

The Normandy landings, codenamed Operation Neptune, were the landing operations of the Allied invasion of Normandy, in Operation Overlord, during World War II. The landings commenced on Tuesday, 6 June 1944 (D-Day), beginning at 6:30 am British Double Summer Time (GMT+2). In planning, D-Day was the term used for the day of actual landing, which was dependent on final approval. Read up. 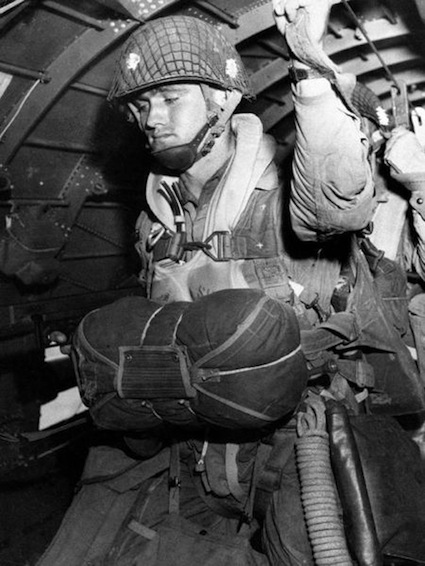 Paratrooper about to jump into combat on D-Day, on June 6, 1944 — the invasion of Normandy. Wikipedia 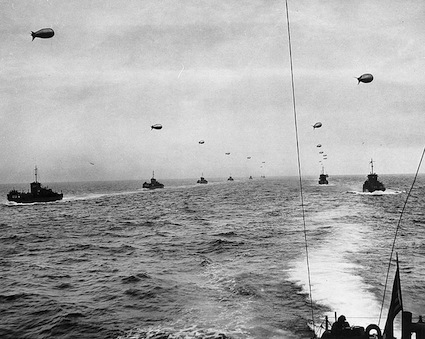 Normandy Invasion, June 1944 A convoy of Landing Craft Infantry (Large) sails across the English Channel toward the Normandy Invasion beaches on “D-Day”, 6 June 1944. Each of these landing craft is towing a barrage balloon for protection against low-flying German aircraft. Among the LCI(L)s present are: LCI(L)-56, at far left; LCI(L)-325; and LCI(L)-4. 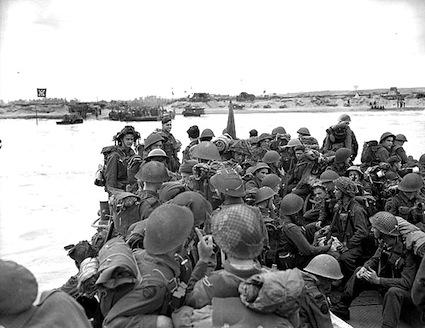 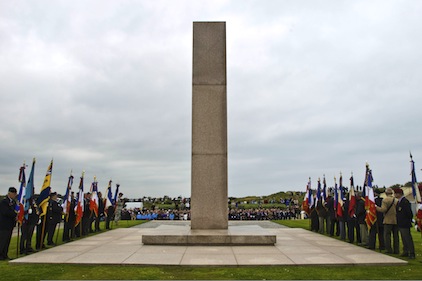 French veterans hold flags during a remembrance ceremony at Utah Beach in Normandy, France, June 6, 2011. World War II veterans and area children joined paratroopers from the U.S. Army Civil Affairs and Psychological Operations Command (Airborne) (USACAPOC-A), the United Kingdom, Germany and France in ceremonies honoring those who fought and died during the D-Day landings, known as Operation Overlord. Task Force Normandy, spearheaded by USACAPOC-A, was a combined effort to remember and celebrate the 67th anniversary of D-Day. U.S. Sen. John Kerry, as well as a number of U.S. and foreign ambassadors and officials, was also present at the event. (U.S. Army photo by Staff Sgt. Felix R. Fimbres/Released) 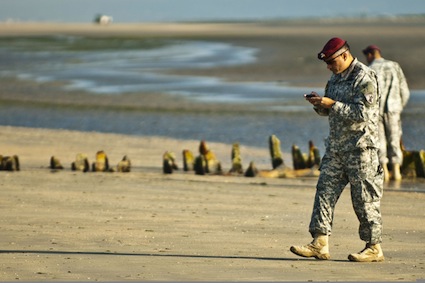 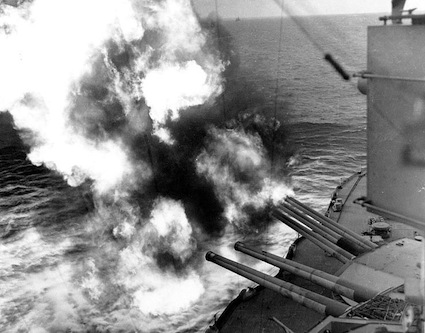 Forward 14″/45 guns of USS Nevada (BB-36) fire on positions ashore, during the landings on “Utah” Beach, 6 June 1944. Official U.S. Navy Photograph, now in the collections of the National Archives. 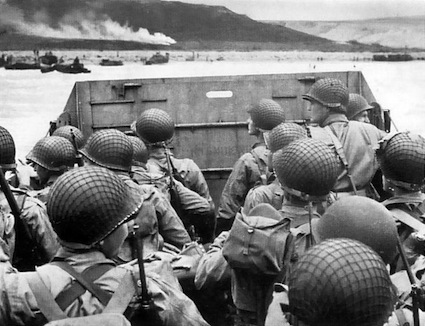 DEPARTMENT OF THE NAVY