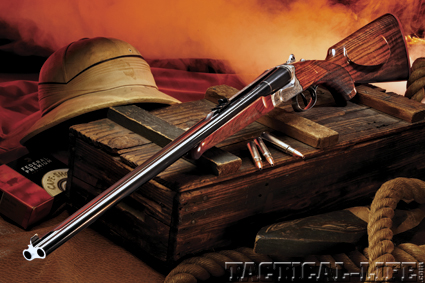 Dangerous game rifle defined! The Sabatti 92 Safari might look like it’ll demand you take out a second mortgage, but don’t be fooled by its striking good looks. Wait until you hear the price…$6,004./em>

No other gun type evokes romantic images of hunting adventure like a double rifle. Late 19th and early 20th century ivory hunters like James Sutherland and Frederick Selous trekking across an unchartered Africa come to mind, but even today one still expects one’s PH to be toting a double if dangerous game is on the agenda. 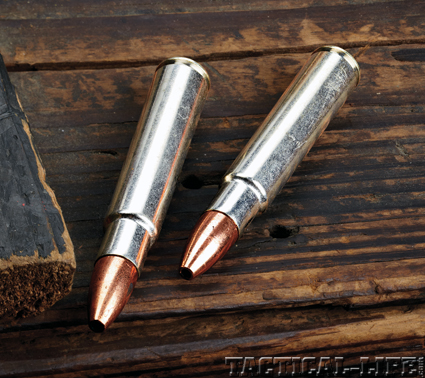 There are currently eight domestic .416 Rigby loadings; five from Federal, and two each from Hornady and Winchester.

When it comes to large, dangerous animals like lions, tigers, rhino, buffalo and elephant, the age-old argument as to which is better, the double rifle with its two instantaneous shots or the bolt-action with three or four not-so-instantaneous shots, will never be settled. If I had to describe the difference as to how each could be characterized, I’d say that if the bolt-action was the journeyman among hunting rifles, the double is the prince. 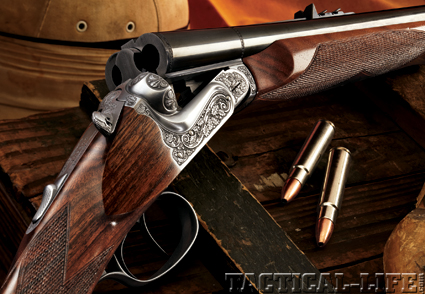 Killer looks! It’s not real engraving, but it sure looks good. Note the scalloped seam line, which not only looks good, but is stronger than a straight one.

It is interesting to note that interest in double rifles has never been greater than it is today, even though prices are higher than ever, inflation notwithstanding. Anyone who’s ever attended a Safari Club convention recently can tell you that in used condition, depending on the gun’s make, caliber, embellishment and history, prices of $25,000, $50,000 and $75,000 or more are not uncommon. Of course, I’m talking guns from prestigious makers such as Holland & Holland, Purdey, Rigby, Merkel and similar, where delivery times for new gun orders are spoken of in terms of years, not months. 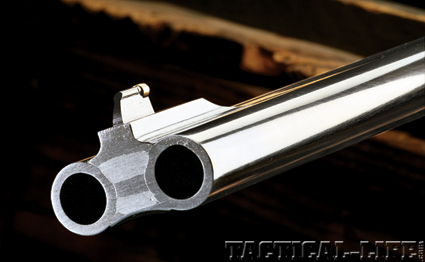 The front sight base is integral with the rib. The test gun sported a brass bead.