by Jon Sundra
in Guns, Rifles
0

0
SHARES
2
VIEWS
Share on FacebookShare on Twitter
O/U rifles, like these from Zoli, have several advantages on safari. Looking down a single barrel is more natural and instinctive, and the O/U is superior to the SxS when a long shot is necessary.

If you were asked what comes to mind when you hear “dangerous game rifle,” or DGR, surely only one of two images would be conjured up: either a bolt action with a Mauser-type controlled-round feed, a sturdy set of iron sights, a barrel band front swivel and perhaps a dropped box to increase magazine capacity by one; or a double rifle with side-by-side (SxS) barrel orientation and double triggers. There’s no question that the latter is the more romantic of the two, the kind of gun a professional hunter in Africa has for protecting clients. But this romanticism is based more on habit—people have always carried them—than on the rifle’s actual features. 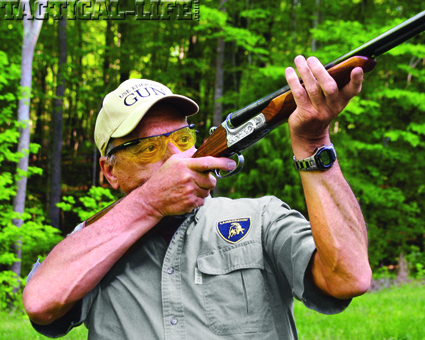 To whatever degree the off hand can help reduce muzzle jump, the forend on this SxS provides less than the narrower O/U.

What about the over/under (O/U)? Among those who hunt dressed in tweeds and ascots, it would be sacrilege to show up for a driven pheasant hunt with anything but a SxS. Yet the vast majority of the world’s hunters and competitive shooters, who favor twin-barrel shotguns to self-loading pump “contraptions,” overwhelmingly prefer the O/U. It’s the same with rifles. Throughout Europe, O/Us vastly outnumber SxSs. In fact, those in Europe looking to acquire a SxS chambered in any of the more popular game calibers (6.5x55mm, 7x57mm, 7x64mm, 8x57mm, .30-06, 9.3x62mm or 74R) have few options—not so with O/Us.

What brought all this to mind was an incident that happened at Safari Club International’s February 2012 annual convention. Among the endless aisles I spied some interesting guns on display at the Antonio Zoli exhibit. Next to Beretta, Zoli is one of the largest and most diverse Italian gunmakers. The company makes bolt-action rifles, O/U shotguns, O/U rifles, O/U combination guns and drillings, but they don’t make a single SxS anything. I thought this interesting since building O/Us required the same skills as those for SxSs. 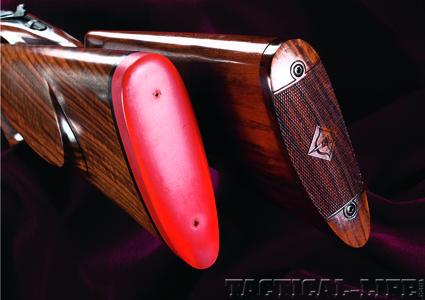 A recoil pad is preferred for non-DGRs, but many African PHs prefer wood or steel buttplates that won’t catch on clothing.