by Brian Griffin
in Uncategorized
0

0
SHARES
1
VIEWS
Share on FacebookShare on Twitter
The name HEST is an acronym for Hostile Environment Survival Tool. The DPx HEST Folder is a heavy-duty, purpose-built, folding survival knife with design elements and key features that give the user a lot of capability in any environment, all in one small package.

Robert Young Pelton, the enigmatic, world-renowned adventurer. You’ve seen him on various television shows all over cable or as a guest on various news broadcasts. You may have even read his works, such as the interview with Erik Prince, the former head of Blackwater, which was recently published in Men’s Journal. Perhaps you’ve read books such as the classic underground guide to surviving danger, Robert Young Pelton’s The World’s Most Dangerous Places, or The Hunter, The Hammer and Heaven, The Adventurist, or his latest work, Licensed To Kill, a book about the privatization of the war on terror.

Mr. Pelton has spent many years venturing through the world’s war-torn and strife-ridden areas in his search for truth and understanding. His long list of adventures include, among other things, going inside the siege of Grozny in Chechnya, witnessing the battle of Qala-i-Jangi in Afghanistan, seeing the rebel campaign take Monrovia in Liberia, being inside the hunt for Osama Bin Laden in the tribal areas with the CIA, four weeks of daily runs down RPG Alley in Baghdad with Blackwater operatives, and several weeks living with the rebels in the jungles of Burma (Myanmar). He has been kidnapped in Colombia, survived a plane crash in Indonesia, and holds the distinction of having been the only photo journalist with Special Forces units fighting on horseback in Afghanistan after 9/11. 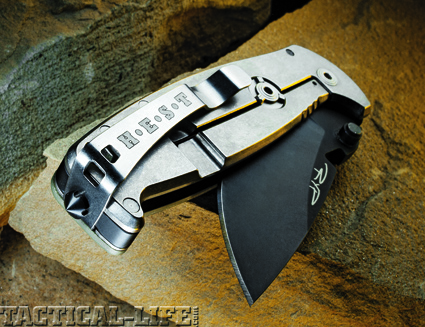 The drop-point blade on this knife is designed for maximum functionality with a high saber grind, a wicked sharp point, and a continuous curve edge.

Pelton’s New Adventure
In mid-2010, Robert Young Pelton embarked on a new and completely different kind of adventure: producing high-quality, hard-use gear based on his experiences and his personal thoughts on tools he has wished for. This new line of gear is specifically designed for those whose hobbies and occupations lead them into the world’s more dangerous places. Thus, DPx Gear was born. The first tool offered in this line of gear was the DPx HEST (Hostile Environment Survival Tool) Fixed Blade. 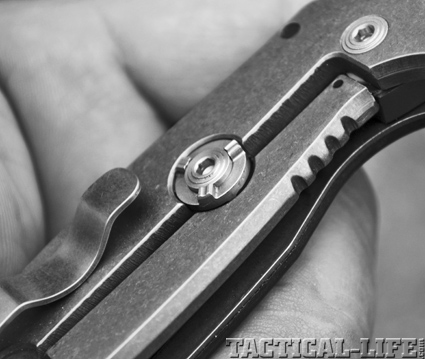 This knife features LionSteel’s patented Rotoblock safety mechanism that serves two different purposes. First and foremost, rotating the device clockwise and engaging the lock safety virtually turns this folder into a fixed-blade by preventing the lock from being accidentally disengaged. Secondly, it serves as a stop to prevent the lock from being pushed too far out when closing the knife.