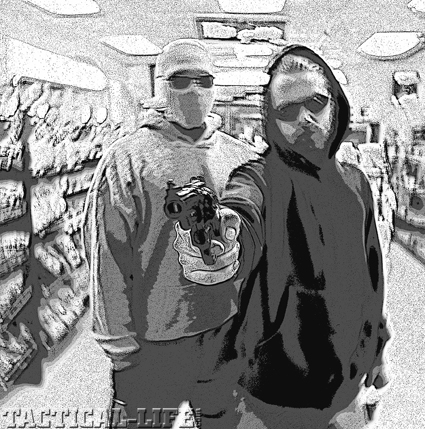 In January of this year, a psychopath was wanted for murder. He hid in the attic of his girlfriend’s house. When U.S. Marshals and members of the St. Petersburg police arrived, they found him, and when K-9 Officer Jeffrey A. Yaslowitz attempted to arrest him, the perpetrator shot him in the head and killed him—after the officer Tasered him.

The rest of the Task Force officers became trapped as the suspect began firing two guns (his and the K-9 officer’s) through the ceiling. During a rescue attempt by St. Petersburg SWAT, Sgt. Thomas Baitinger was also shot and killed. After a several-hour standoff, they called in a crane, tore down half the house and found the perpetrator dead in the attic from several bullet wounds. They also found the dead Officer Yaslowitz, whose legs had been tied with attic wiring so the perpetrator could maintain “bait” for his trap—he told officers on scene during the standoff, “Yeah, he’s hurt but still alive.”
Similar shootings have occurred in West Virginia, North Carolina and New York, to name a few. Professionals are seeing a pattern in this violent behavior; and the bad guys are playing for keeps. Halfway through 2011, 84 law enforcement officers have been killed in the line of duty. This represents a more than 35 percent increase in deaths, and out of those 84, 34 were shot and killed. For shootings, this is a 45 percent increase. If this trend continues, 2011 could far exceed 2010’s total law enforcement deaths.

Law enforcement officers work in the tenuous position of having to keep the “thin blue line,” often in dangerous and tricky situations, and are dying at an alarming rate in different tactical situations. Decisions are often made with what is in front of you, which is what you are supposed to do. It is imperative to examine the reasons afterwards.

Tactics
More times that not, whether out of laziness, routine or overconfidence, law enforcement officers use bad tactics. A bad guy is a bad guy, no matter how compliant they are being, and should be treated as a threat. I also believe some of this is driven by the overly politically correct (PC) world. In many situations, this mindset drives law enforcement agency policies. For instance, many departments have a no-pursuit policy, and use the safety issue as the reason. The reality: safety is a concern, but after many lawsuits that don’t hold the perpetrator accountable and blame the officers and departments, pursuits are frowned upon. Translated down, this PC mentality forces law enforcement officers to often “think twice,” hesitate or use a softer approach when dealing with threats, like allowing people to get out of a car and stand around the officer, putting them in a tactical trick bag. All because an aggressive tactical position is often looked on (and videotaped) by some in the public as “excessive or harsh.”

A good example of this is the Taser. It is a great tool within the right set of circumstances, but frankly, if you have to shock someone with 10,000 volts and they are still fighting, what’s left? In St. Petersbug, the murderer had been Tasered and still shot Officer Yaslowitz. It is prudent to move to a gun immediatley if the Taser is ineffective. Tactically speaking, since the Taser is more or less your last resort before your gun, if several officers are on the scene and one uses a Taser, someone else should be covering with a gun.

Conclusion
Law enforcement is a life or death game—there is no winner in second place. It would seem prudent for the law enforcement community to start looking at this deadly trend and make sure we take appropriate actions to decrease the amount of names we add to the National Law Enforcement Officers Memorial Wall each year. 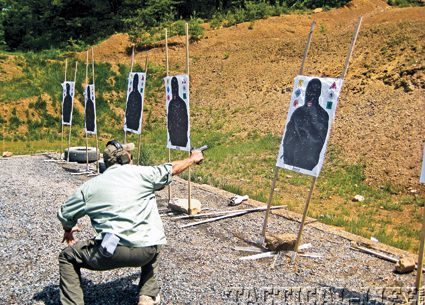 Image: Brand X Pictures In January of this year, a psychopath was wanted for…

The stars and stripes have inspired a sense of pride and service in American patriots for almost 250 years. In the same way, the story of Capt. William Driver’s “Old Glory” flag has inspired many Americans during times of trial. Capturing the spirit and history of our stars and stripes is the new Old Glory […]