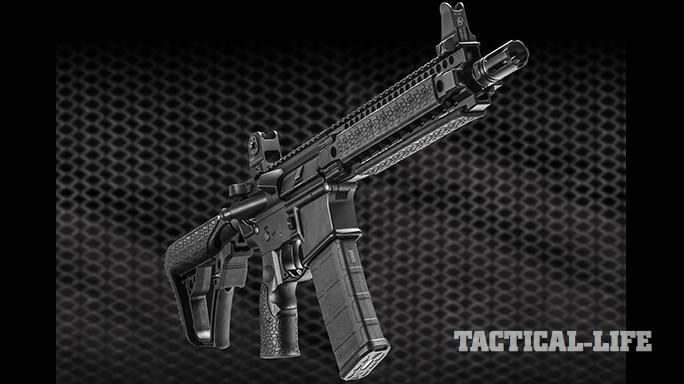 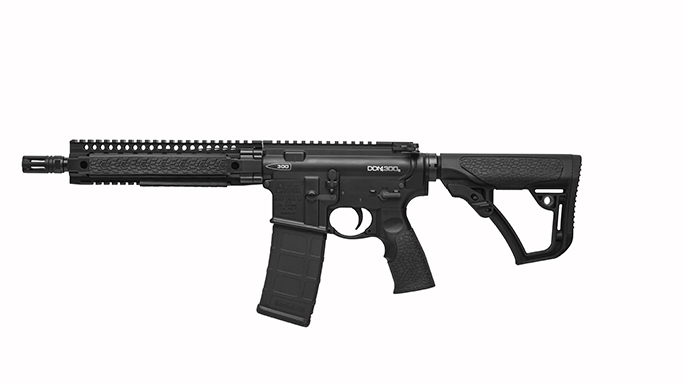 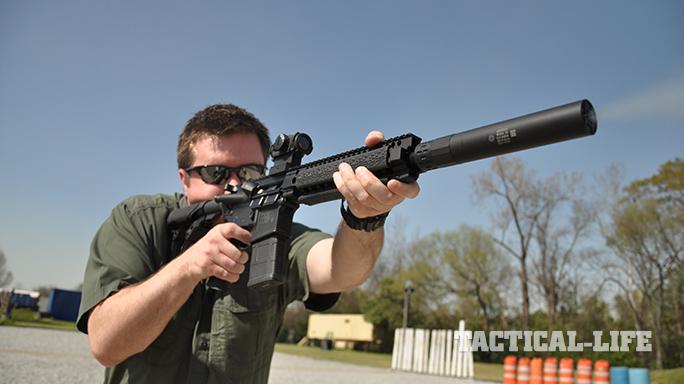 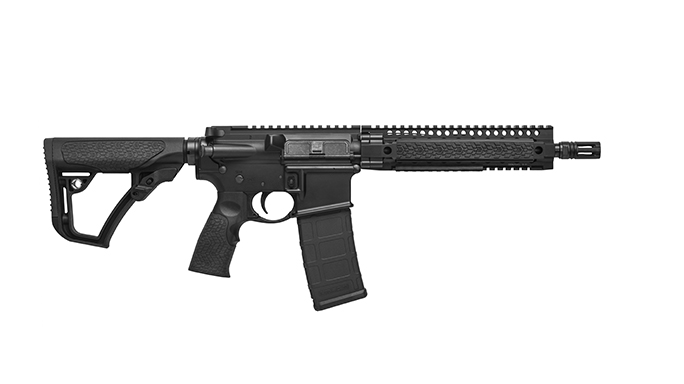 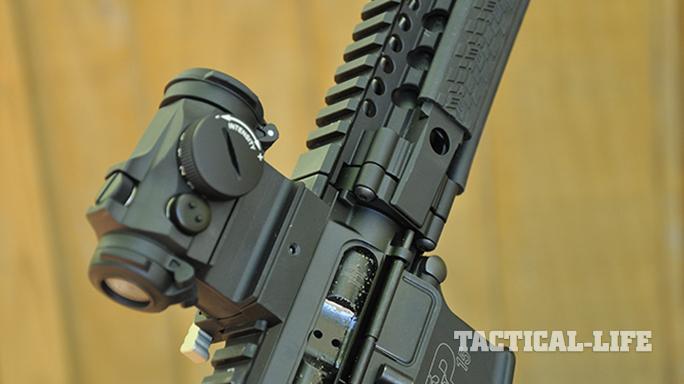 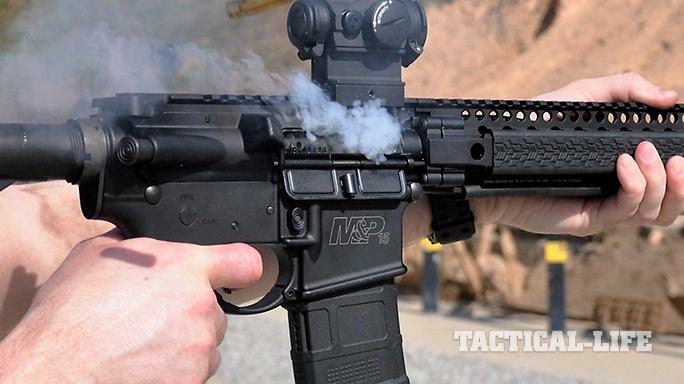 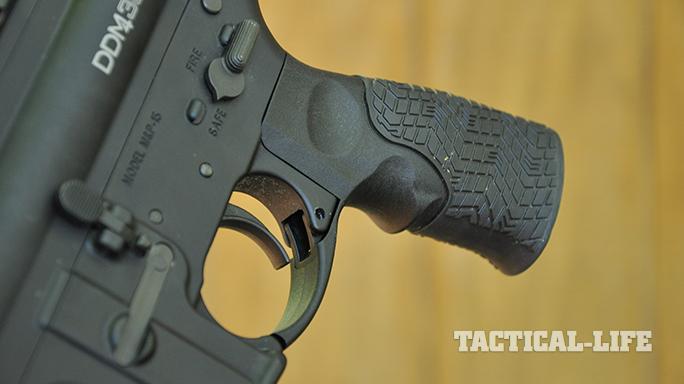 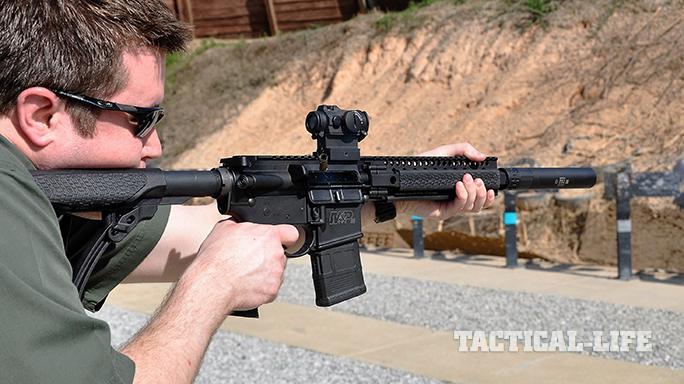 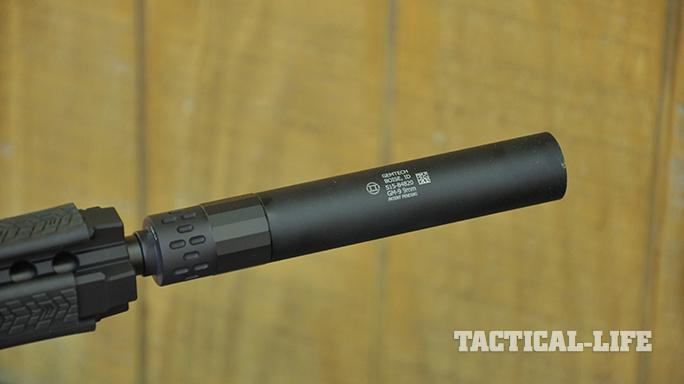 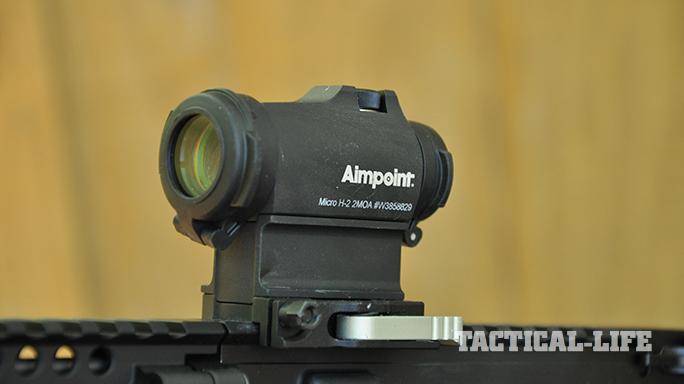 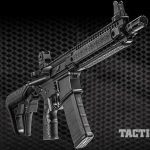 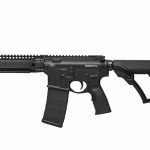 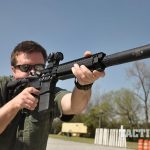 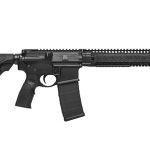 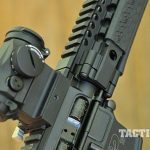 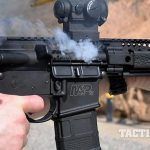 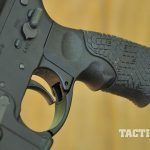 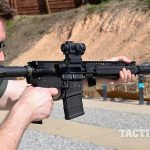 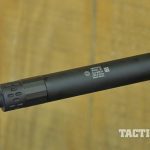 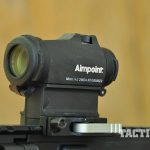 Most of us love to pull for the “home team.” This is true in sports and business. As such, I have been a fan of Daniel Defense for many years. In fact, I’m fortunate enough to live within driving distance, and I’ve visited the company’s production and assembly plants in both Georgia and South Carolina. The history of the company is quite remarkable. The short version: Marty Daniel started the company with one product that he submitted to the Department of Defense for consideration. That first product was a simple sling adaptor for the M16/M4. Daniel Defense went on to design a Rail Interface System (RIS) to meet a United States Special Operations Command (USSOCOM) request. More than 15 years later, Daniel Defense is still delivering RIS II rails to USSOCOM and other military units, as well as complete AR-platform rifles.

Daniel Defense’s slogan is “Stronger, Lighter, Better.” But it’s more than just a slogan. Several years ago, the company published a video of a brutal torture test. In the video, Larry Vickers takes a DDM4 carbine and buries it, sinks it, shoots it, runs it over, blows it up and drops it from a helicopter. After each evolution, he fires the rifle to test its reliability and accuracy, and it never misses a beat. You can still find the video online.

Daniel Defense has built a reputation for a total commitment to quality. To that end, Daniel Defense manufactures nearly every component of its rifles in-house. This not only includes the barrels, upper and lower receivers, bolts and fire control parts, but also extends to the pins and detents. In addition, the company provides OEM parts to several other well-known manufacturers.

The commitment to a quality barrel is central to every Daniel Defense rifle. The company cold-hammer forges mil-spec barrels through intense hydraulic pressure that is applied at opposing angles by carbide-steel hammers. During the hammering process, a mandrel is inserted into the bore. The hammers shape the barrel’s chamber, lands and grooves around the mandrel, creating a defect-free bore and consistent chamber. Every barrel is magnetic-particle (MP) tested to ensure there are no hidden flaws or fractures. Daniel Defense offers a wide selection of AR-platform rifles with these barrels and pistol-, carbine- or mid-length gas systems.

Several years ago, I evaluated the 5.56mm MK18 short-barreled rifle (SBR). The MK18 is a clone of the carbine used by USSOCOM and features a 10.3-inch barrel. While the company offers select-fire rifles to government agencies, Daniel Defense also offers NFA-approved semi-automatic versions, like the one I tested. This allows the MK18 to be sold to any qualified buyer through the customer’s local FFL/SOT dealer. The MK18 is one of the company’s most popular SBRs with both the law enforcement and commercial markets.

To capitalize on the 300 Blackout craze, Daniel Defense recently unveiled its new DDM4 300S, which is essentially an MK18 in 300 Blackout. I have evaluated close to a dozen carbines in this caliber and have become a huge fan.

As with the MK18, the DDM4 300S is built to military specifications with Daniel Defense’s quality parts. The upper receiver is machined in-house and matched with a 10.3-inch barrel. The barrel is forged from chrome-moly-vanadium steel and has a 1-in-8-inch twist rate and M4 feed ramps. The bore is chrome lined, and the barrel’s exterior is coated with a mil-spec phosphate finish. The flash suppressor assembly is another Daniel Defense design.

Every barrel has identification markings that include the company’s initials, the method of rifling, the “MP” testing stamp, caliber, twist rate and the born-on date showing the month and the year. The bolt carrier group is MP tested as well and, as it should, has a properly staked gas key. The DDM4 300S utilizes a pistol-length gas system to accommodate the various bullet weights and velocities of 300 BLK ammunition.

The DDM4 300S comes with the DDM4 Rail, which is one of the lowest-profile quad-rail handguards on the market today. This is accomplished by reducing the distance from the bore to the rails at 3, 6 and 9 o’clock. The handguard is secured with six screws for easy installation and removal, and it mates to the upper receiver for a long, continuous top rail. The side rails are secured using three flat-head screws, and every other rail slot is numbered. The DDM4 300S comes with three rail covers as well as a Daniel Defense vertical foregrip.

The mil-spec lower receiver features a quick-detach (QD) swivel attachment point for a single-point sling. The manufacturer’s markings are engraved instead of roll marked on the exterior of the magazine well. This gives the lower a very clean and crisp appearance. The magazine well is also enlarged and beveled for easier reloads. The internals are mil-spec 5.56mm components.

Like what you’re reading? Check out the rest of this article in ‘Tactical Weapons’ May/June 2017. To pick up a copy, visit outdoorgroupstore.com. 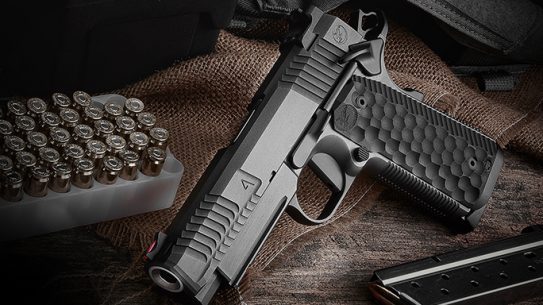 Only after signing up, 25 randomly selected participants will have the chance to purchase...