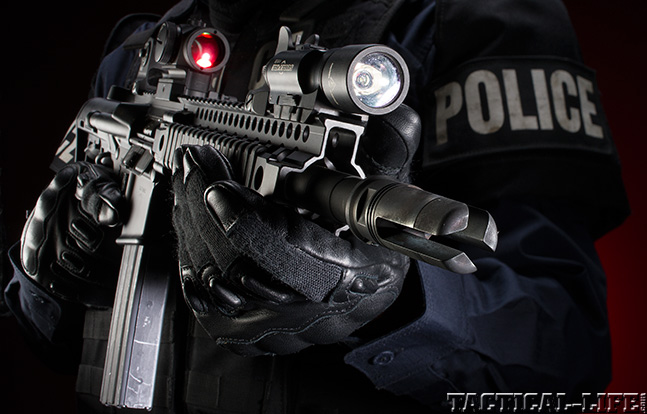 Police officers and departments seldom have the money to get the “latest and greatest” rifles. While the gun market has blossomed, the rest of the economy is still struggling, and that affects budgets. Law enforcement agencies have less money, not more. Despite inflation, many officers’ wages have remained unchanged or decreased. But no matter what shape the economy is in, officers need patrol rifles built by a company dedicated to producing proven weapons designed for the harshest use. Thankfully, among all of the builders on the market, there are a few that have always met this need. One of the best is Daniel Defense.

Daniel Defense’s rifles are excellent, no matter their intended mission, and the company has always focused on making rifles for the working professional. While the latest gadgets are great, most professionals want simplicity, ruggedness and reliability. Failure in the field is life threatening; unproven equipment is a liability. Exotic operating systems have their place, but many operators want a proven platform that works, period. It is somewhat telling that most of the manufacturers focused on our most elite professionals stick to creating AR-platform rifles with direct gas impingement operating systems. Sure, it can have its issues, but when built correctly it works. The vast majority of AR rifles fielded today in the hands of working professionals are direct-impingement guns.

Daniel Defense has worked to enhance this platform to its fullest potential. The company’s rail systems are strong, yet lightweight. Its upper and lower receivers, as well as critical components, are all truly mil-spec, and Daniel Defense pays great attention to detail when it comes to making rock-solid rifles that are perfect for officers in the field.

Daniel Defense’s M4V4 series of rifles have become very popular. Flattop versions of the traditional M4, they are designed for those who would rather mount their own red dot or optics and do without the carry handle/rear sight. These rifles also feature low-profile gas blocks that are covered by 9-inch-long DDM4 rails. The standard DDM4V4 also has a 16-inch, chrome-lined, magnetic-particle-inspected, phosphated barrel. While perfect for most operations, those dedicated to entries need shorter barrels. The DDM4V4 short-barreled rifle (SBR) delivers this option.

“Like any well-built AR rifle these days, it is more accurate than most of the people shooting them, including myself.”

I recently had the opportunity to test the DDM4V4 SBR. It starts with the same lower receiver provided on the standard DDM4V4. Forged from 7075-T6 aluminum and hardcoat anodized, the mil-spec lower features an enhanced, flared magazine well, a quick-detach (QD) sling swivel attachment at the rear, an A2-style pistol grip and an enlarged triggerguard. The trigger and other internal components are all mil-spec. The mil-spec buffer tube offers six length-of-pull positions and utilizes an “H,” or heavy, buffer. Magpul’s MOE buttstock rounds out the lower receiver.

An 11.5-inch, cold-hammer-forged barrel is mated to the DDM4V4 SBR’s forged upper receiver, which has M4 feed ramps for greater reliability. Chambered for the 5.56mm NATO, chrome-lined and rifled with a 1-in-7-inch twist rate, the barrel is a solid compromise between a shorter, CQB-ready length and optimum ballistics. Daniel Defense caps the barrel with its proprietary flash suppressor. As with standard M4V4 rifles, a 9-inch-long DDM4 Rail covers the pinned, low-profile gas block. With the company’s “Bolt-Up System” and barrel nut, the handguard is one of the most solid units on the market today. Free-floated, it also provides sling attachment points on both sides. It can also be easily removed for maintenance.

Inside the upper receiver, the bolt is shot-peened and magnetic-particle inspected. The carrier is chrome-lined with a properly staked gas key. An extra-strength extractor spring ensures proper extraction and ejection. One 30-round Magpul PMAG is provided with the DDM4V4 SBR, and it comes in a custom, full-length, plastic case.

I added several accessories for testing. In order to accommodate a SureFire SOCOM762-MINI sound suppressor, I replaced the standard flash suppressor with SureFire’s three-prong SOCOM unit. Decades of suppressor experience seem to indicate that a .30-caliber suppressor on 5.56mm AR is advantageous—especially with short barrels. While it’s not as quiet, there is less backpressure, yielding better reliability and less fouling. SureFire’s SOCOM762-MINI will fit on all SOCOM flash suppressors and brakes, providing a significant amount of versatility.

For targeting, I used an Aimpoint Micro T-1 along with a set of Daniel Defense’s fixed sights, favorites among many training experts. Red dots are great, but if and when they fail, there is little time to flip up your sights. Daniel Defense’s fixed sights ensure you’ll always have sights at the ready. The front sight is also designed to be used in conjunction with a forward-mounted light, so I mounted my SureFire X300 in front of the sight. It sat low enough so it wasn’t in my line of sight, and the activation toggle straddled the sight perfectly. This is also a preferred set up these days, as it is ambidextrous and keeps weight to a minimum. It also means there are no wires to snag. For accuracy testing, I mounted a Leupold 3-18x44mm Mark 6 scope.

I wanted to test the DDM4V4 SBR as an entry gun that could also work well on patrol. As reliable as direct-impingement guns can be, they can be finicky when the barrel length gets short. My first test consisted of firing three 30-round magazines loaded with three different types of ammunition. I fired each of them as fast as I could pull the trigger and stay on target. This rifle did not miss a beat—there wasn’t a single malfunction, just a ton of holes in the target and a big grin on my face.

“I’ve tested dozens of AR rifles with short barrels, and none have been more reliable than this one.”

That’s pretty impressive, but how about with a suppressor? This is often the downfall of shorter guns, so I attached my SureFire SOCOM762-MINI. To my great surprise, the rifle performed just as well—there wasn’t a single malfunction and the point of impact did not change (at 20 yards). Fouling was certainly present, but it did not seem to affect the SBR’s reliability. Ejection was actually a bit closer, so I’m not sure how that relates to its backpressure impulse. In a few instances, the brass only fell a couple feet from the rifle, but it always extracted and ejected every casing. Lastly, I mated the SBR upper to my Colt M16 lower to dump 30 rounds in full-auto. Again, the DDM4V4 SBR just spit out the brass in a steady stream. There is simply no doubt that this platform is reliable under most any condition you would see as an officer. I’ve tested dozens of AR rifles with short barrels, and none have been more reliable than this one. Now that the reliability testing was complete, it was time to evaluate its accuracy.

As one expects with any rifle using a Daniel Defense barrel, the SBR’s accuracy was excellent. There is a reason many of the best builders out there use these barrels. At 100 yards, everything grouped at or around an inch. The winner of the day was Silver State Armory’s 77-grain OTM ammo, which created a 0.75-inch group. Like any well-built AR rifle these days, it is more accurate than most of the people shooting them, including myself.

Moving on the range or inside a shoothouse, this rifle is very handy. It’s light and well balanced. Even with the SureFire suppressor, it was easy to maneuver, and carrying it all day long would not be an issue. The handguard is nice and slim, and its oval shape fits my hands nicely. The rifle was also flawless with the suppressor mounted. While there was plenty of gas blown back into my face, it was far less than that of a dedicated 5.56mm suppressor. It wasn’t super quiet, but that’s fine with me with this application. Shooting outside without hearing protection wasn’t a problem; it’s a bit loud inside, but you would never notice in a fight. This is just about perfect for entries, as it keeps you and the guy next to you in the fight with no loss of accuracy or a significant change in the point of impact.

Daniel Defense has offered this basic rifle as the DDLESSP to officers and agencies only for quite some time. The DDM4V4 SBR brings this basic idea to anyone capable of lawfully owning a short-barreled rifle without the sight package and kit of the SSP. It is a great rifle—easily the most reliable 11.5-inch-barreled direct-impingement AR I have ever run. Running the rifle with the SOCOM762-MINI mounted rounds out its versatility. In fact, I’ve run this suppressor successfully now on a 300 Blackout AR, a 14-inch-barreled 7.62mm and a couple of precision rifles—it works well no matter what it is attached to. If you are looking for one suppressor that will mount to many rifles, this is a good one.

Daniel Defense continues to build some of the best rifles on the market while maintaining its focus on the professional operator. This SBR version of the M4V4 is no exception. If you are looking for an 11.5-inch-barreled carbine, make sure you check out this one. You won’t be disappointed. 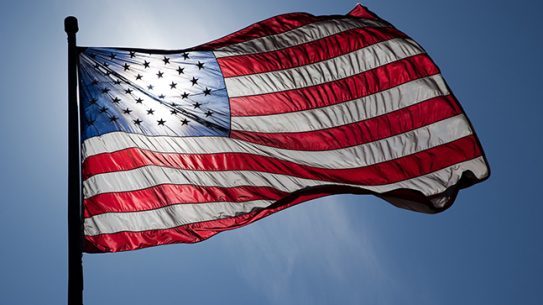 We celebrate America’s true birthday on the Fourth of July and give our respect...