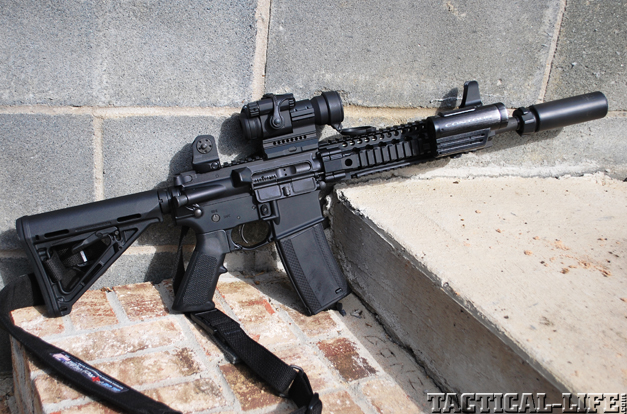 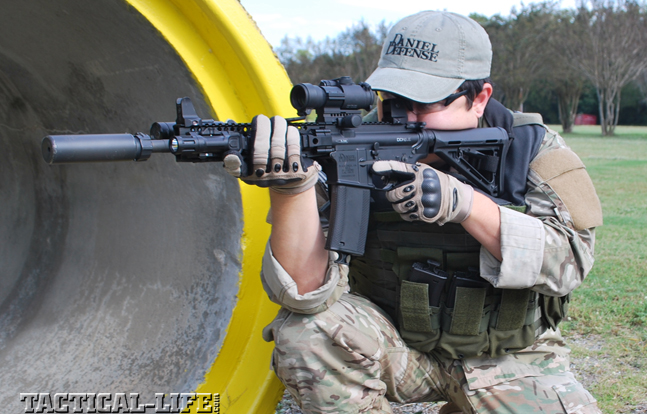 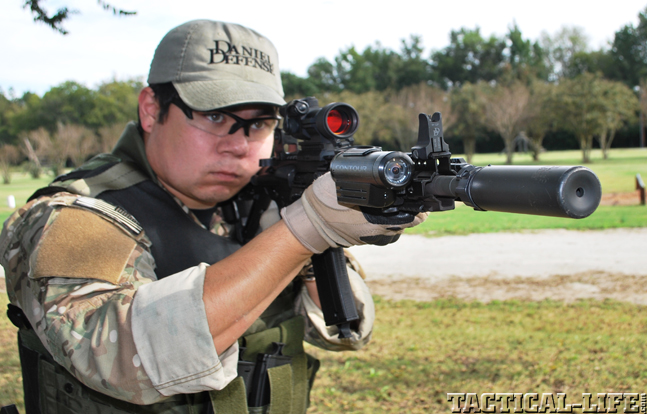 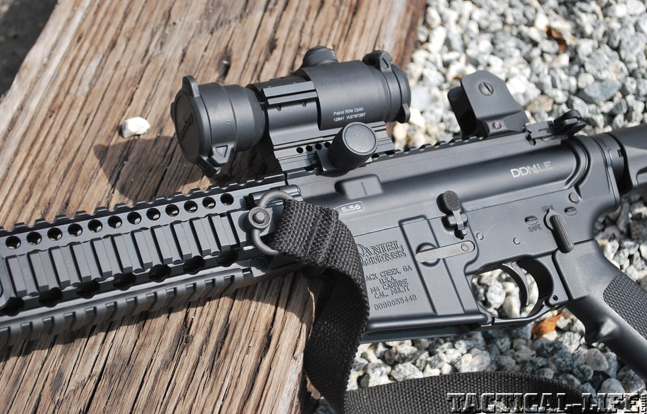 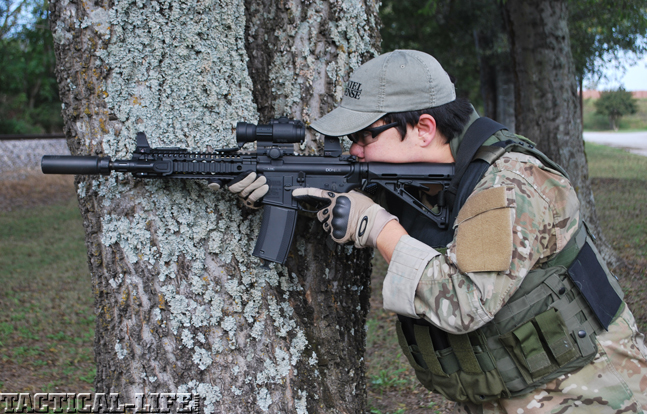 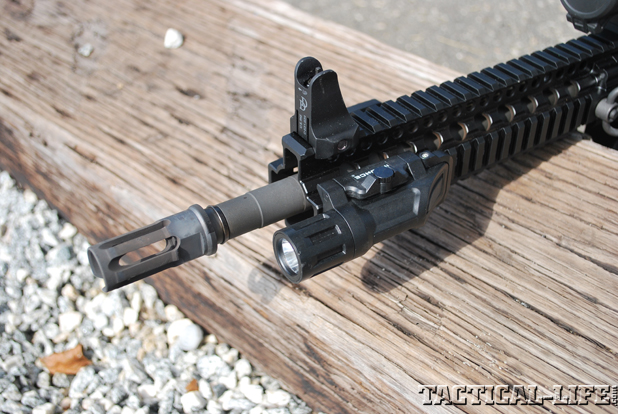 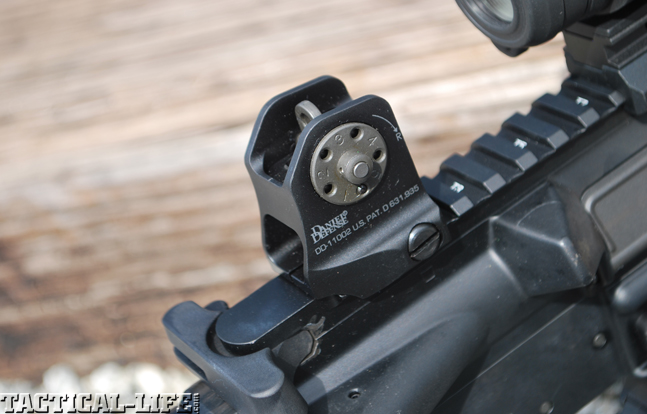 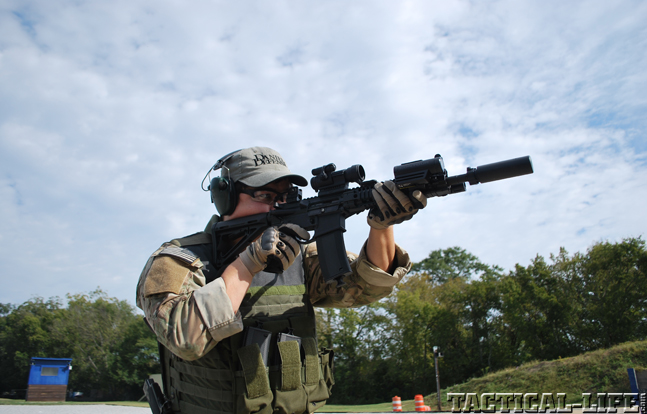 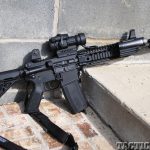 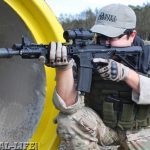 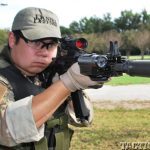 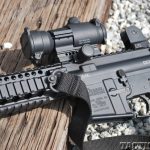 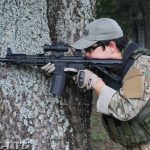 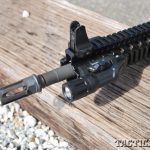 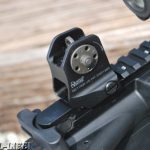 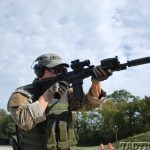 In many ways, the law enforcement community tends to follow the trends of the military special operations community. Both line patrol officers and tactical teams have benefitted from updated body armor, tactical vehicles and improvements in individual weapons. Given the issues of operating out of cramped police vehicles and confined urban locations, the short-barreled rifle (SBR) has become increasingly popular. My state bureau of investigation recently equipped its tactical team and field agents with SBRs from Daniel Defense.

Daniel Defense has grown from humble beginnings to a staff of over 170 employees. While keeping its original 38,000-square-foot facility in Black Creek, Georgia, the company recently opened a new 90,000-square-foot production facility in South Carolina. What sets Daniel Defense apart from others is the company’s total commitment to quality. To that end, Daniel Defense manufactures nearly every component of its rifles in-house. This not only includes the barrels, the upper and lower receivers, bolts and fire control parts, but also extends to pins and detents.

Owner Marty Daniel and Daniel Defense have a very special relationship with law enforcement agencies across the country. As a result of this relationship, the company has developed a line of rifles specifically for LE officers. The Daniel Defense Special Services Package (SSP) is a factory SBR that is specifically designed for tactical teams, gang and warrant units, and other specialized enforcement activities. Like all law enforcement packages from the company, Daniel Defense sells the SSP as a complete kit that is ready for deployment right from the box.

As with all Daniel Defense rifles, each component is manufactured to exacting standards. Marty Daniel takes no shortcuts with his rifles. The SSP’s lower receiver is machined in-house from a forging to military specifications. The lower features a flared magazine well, a Magpul MOE triggerguard and a quick-detach (QD) swivel attachment point located in the buffer tube latch plate. The upper receiver is also machined in-house and has the standard brass deflector, forward assist assembly, M4 feed ramps and a top Picatinny rail with indexing marks. The bolt carrier group is magnetic-particle tested and has a properly staked gas key.

At the heart of every Daniel Defense rifle is the company’s cold-hammer-forged barrel. I did not fully appreciate this feature until I toured the company’s production facility in Black Creek, Georgia, and saw the forging machine in person. It is quite impressive. The SSP features an 11.5-inch barrel with a government profile, a carbine-length gas system and a low-profile gas block. The bore is chrome lined while the exterior has been coated with a phosphate finish. The SSP is chambered in 5.56mm NATO with a 1-in-7-inch twist rate. The flash suppressor on the SSP’s barrel is Daniel Defense’s own design.

The SSP comes with Daniel Defense’s fixed front and rear iron sights. These sights are manufactured out of aircraft-grade 6061-T6 aluminum and then finished with a mil-spec hardcoat anodizing. The design of the sights minimizes the footprint on the top rail, allowing space for additional accessories. The front sight utilizes a sight post while the rear sight uses an A2 aperture with A1 adjustments. Both the front sight blade and rear sight aperture are protected by wings. These are rugged sights that are designed to withstand hard use. While flip-up sights are the rave, I grew to like the Daniel Defense fixed sights for their clean sight picture and compact design.

The SSP’s other features include a Magpul MOE buttstock, a standard A2-style pistol grip and the company’s DDM4 Rail 9.0. The 9-inch DDM4 rail is a free-floating design that is the lightest mid-length rail available and weighs less than 11 ounces, including the ring, barrel nut and indexing pins. The rail is machined in-house from 6061-T6 bar stock and treated with a Type II hardcoat anodizing.

As previously mentioned, the SSP is offered as a complete package that comes with the DD fixed sights, three Magpul 30-round PMAGs, three low-profile rail ladders and a Blue Force Gear Vickers Combat Applications sling. In 2012, Daniel Defense upgraded its law enforcement packages and partnered with Aimpoint. The SSP comes with the superb Aimpoint Patrol Rifle Optic (PRO). The PRO offers a 2-MOA dot that provides four night-vision settings and six daylight settings. A single CR1/3N lithium battery provides power while advanced circuitry gives the PRO a runtime of three years of continuous use on a daylight setting. An integral QD mount and lens covers are also standard.

When I ordered the SSP for this evaluation, I requested that it come with a SureFire flash suppressor/adaptor. More and more agencies are recognizing the tactical and health benefits of equipping rifles with suppressors. When the test rifle arrived, I was immediately impressed with the clean exterior finish, crisp markings and total lack of any machining marks. Following Daniel Defense’s marketing philosophy of “Lighter, Stronger, Better,” the SSP weighs 7.2 pounds unloaded and without the sling. The trigger pull measured 7.06 pounds with the typical mil-spec take-up but a clean break. As with any trigger, the trigger on the SSP smoothed up considerably with use.

Hornady’s Tactical Applications Police, or TAP, ammunition is specifically designed to meet the challenges faced by law enforcement. I broke the SSP in using Hornady’s 55-grain FMJ Training load. This load is a low-cost option that is designed to deliver the same point of aim/point of impact as the 55-grain TAP duty load. The cost is reduced by using a Berdan primer and a lacquer-coated steel case. I have used this load extensively this past year and found it to be an accurate and reliable alternative to standard ball ammunition.

When it came time for accuracy testing, I tested the rifle in its original configuration using the Aimpoint PRO without any magnification. This is what the standard patrol officer or SWAT officer would likely deploy with, and I was interested to see how well the SSP would perform. Accuracy testing was conducted from 50 yards using a prone position and a rifle rest and bag.

I tested the SSP with three Hornady TAP duty loads. The first was the 40-grain TAP Urban load. This load is designed for use where overpenetration is a concern and there is a need for immediate expansion and complete fragmentation. According to Hornady’s website, when fired into bare gelatin, this load only penetrated 7 inches. Out of the SSP, the 40-grain TAP Urban averaged 2,984 feet per second (fps) and produced a 0.89-inch group.

The 55-grain TAP Urban is designed to be a general-purpose law enforcement round that combines effective terminal ballistics with barrier-penetration capabilities. It is ideal for short-barrel carbines and is well suited for a patrol rifle program. The 55-grain TAP averaged 2,542 fps out of the 11.5-inch barrel of the SSP. The 55-grain TAP produced a five-shot group that measured 0.66 inches.

The heaviest load I tested was the 62-grain TAP Barrier. The TAP Barrier is specifically designed to remain intact during barrier penetration and still provide effective terminal ballistics. However, with almost 14 inches of penetration in bare gelatin, this load should be considered a specialty round and is not suitable for general use in urban areas. The TAP Barrier averaged 2,500 fps. It also produced the best group of all three loads, measuring a mere 0.37 inches! Granted, this was at 50 yards, but it was also utilizing a non-magnified optic with a 2-MOA red dot. Considering the average distance for a law enforcement countersniper is less than 75 yards, I came away very impressed with the overall capabilities of the SSP.

As I previously mentioned, suppressors have become more accepted for both tactical and patrol use. I am aware of one West Coast department that had an officer-involved shooting with a patrol rifle. The officer suffered permanent hearing loss and was forced to take a disability retirement. That department recognized the safety and future liability issues. As a result, the department equipped every rifle with a suppressor.

After completing the basic range tests, I installed my SureFire 5.56mm Mini suppressor. The Mini is only 5 inches in length and weighs only 14 ounces. According to the factory data sheet, the Mini reduces the sound signature to 137 decibels on an M16A4 with a 20-inch barrel and 138 decibels on a 14.5-inch-barreled M4. It is ideal for the M4 Carbine or other SBRs, particularly in a CQB environment or when operating from vehicles or aircraft. The Mini is not intended to be the quietest suppressor. Instead, it’s designed to offer the maximum sound suppression in a reduced size. SureFire suppressors are designed for “Total Signature Reduction,” or TSR, which involves reducing both the sound signature and the visible muzzle flash.

The Daniel Defense SSP was 100 percent reliable with the SureFire Mini in place. The test included a 20-round magazine dump to ensure that the rifle was reliable even when the gases and the suppressor heated up. The Mini also reduced the sound signature to a level that, while not OSHA hearing safe, was significantly less than the normal report of a 5.56mm carbine. In addition, the SureFire Mini eliminates the overpressure and concussion that is typical with SBRs.

In my opinion, every law enforcement rifle should be equipped with a white light. I recently had an opportunity to meet some of the staff at Inforce, and the company’s new Weapon Mounted Light, or WML, is a low-profile, polymer weapon light that has several unique features that set it apart from other lights. A Picatinny rail clamp mount is integrated into the polymer body and does not require any tools. Powered by a single CR123 lithium battery, the WML produces 125 lumens on its high setting. A 30-lumen low setting and strobe are controlled by a programmable switch located on the rear of the light. My test unit was also IR capable with a lever switch selector. While not the brightest light on the market, the high setting is ample for target identification and engagements out to 50 yards or so. Finally, there is a safety lever that rotates to block the tail switch. The WML with the IR capability has a MSRP of an amazing $149.

I have owned and tested a number of SBRs with barrel lengths ranging from 7 to 14.5 inches. I have found that, while extremely compact, the 7-inch platform should be considered a special-purpose rifle where concealment is a priority. After running the Daniel Defense SSP during a number of range outings, I have come to the conclusion that it is the ideal length for a compact M4-style rifle. The 11.5-inch barrel offers a significant reduction in overall length without sacrificing reliability or terminal ballistic performance. Having the ability to use a suppressor without worrying about malfunctions is also a valuable bonus.

Daniel Defense offers a special pricing structure to law enforcement officers and agencies. As with my experience with other Daniel Defense rifles, the Special Services Package was reliable, accurate and typical of the company’s commitment to the end-user who goes into harm’s way. 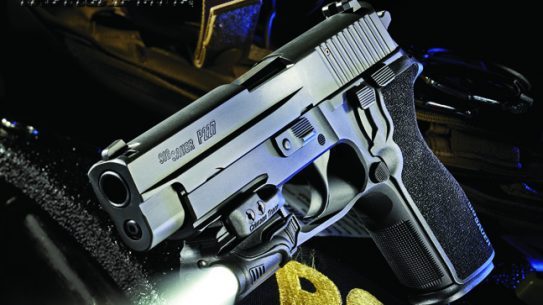