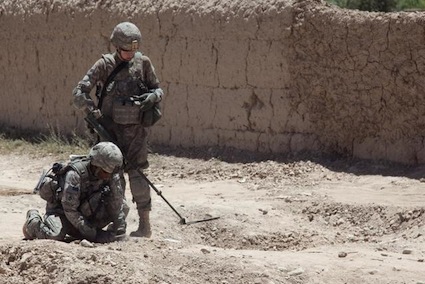 Now, less than half of troop deaths come from the bombs, although there has been a 5 percent spike in homemade bomb incidents since March, according to the Pentagon. The high number of incidents highlights continuing problems choking off the supply of bomb parts from Pakistan and a resilient Taliban, according to a senator and military analyst.

Part of the decline in deaths can be traced to the changing nature of combat there. Attacks have shifted from southern to eastern Afghanistan where allied forces are focusing on insurgents in rugged, mountainous terrain. Troops in the east tend to travel in armored vehicles, which have experienced a 17 percent increase in attacks over the last three months, according to the Pentagon’s Joint IED Defeat Organization. In the south, troops tend to touch off bombs while on foot.

From June 1, 2011, to May 31, 2012, there were 16,321 incidents, in which bombs exploded or were found before they detonated. The record for a calendar year was in 2011 when insurgents planted 16,554 bombs. About 86 percent of the attacks come from homemade explosives traced to Pakistan, according to JIEDDO. That’s up from about 80 percent last year. 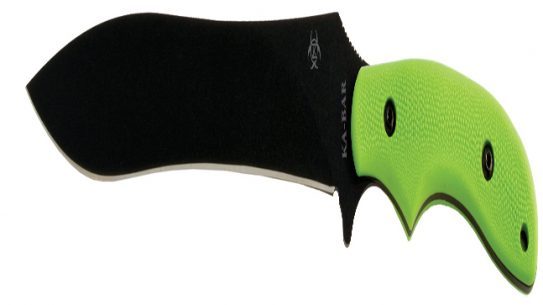 KA-BAR Knives announced an alternative weapons stage at Pandemic 2012, where the Original Zombie...