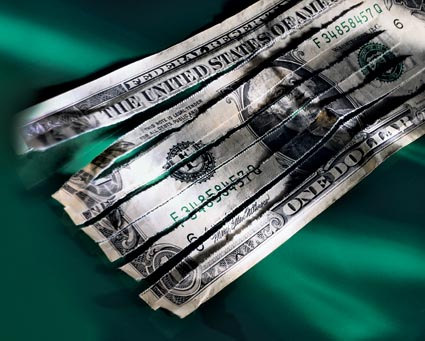 Some politicians defend cutting police budgets with the claim that crime is down. Those words would probably have rung rather hollow to NYPD Officer Brian Groves when a would-be cop-killer shot him in the center of the chest in early July of 2012. The bullet stopped on Groves’ Second Chance vest, and he not only survived but returned fire. Not every officer has been so lucky.

By the end of June 2012, 49 American police officers had died in the line of duty, and in the first 10 days of July, three more would follow. One element escalating the risks facing law enforcement today is the economy.

Lives at Stake
In July, the city of Scranton, Pennsylvania, announced that it was cutting police and firefighter salaries down to minimum wage, the same $7.25 per hour as a beginning employee at a fast food restaurant. Many police labor organizations have accepted less radical pay cuts to keep brother and sister officers from being laid off. In many departments, the layoffs could not be prevented. In some others, there has been a hiring freeze, with no replacements being hired for police personnel who retire. Some municipal departments have even been disbanded entirely by their financially strapped communities, bringing in county or state officers to take up the slack.

Training budgets and equipment budgets have been badly hit. As a member of the advisory board of the International Law Enforcement Educators and Trainers Association (ILEETA), I’ve noticed for the last couple of years an increasing number of our attendees have paid travel and tuition expenses out of their own pockets, some even coming on their vacation time. The reason was that the departments and police academies they serve had suffered such severe budget cuts and could no longer afford to send their trainers out for continuing professional education. It is indeed a tribute to the tremendous dedication of these fine men and women of law enforcement—they reached for their own wallets and came anyway so they could bring the latest cutting-edge training back to their personnel.

When police staffing is cut, the result is not just reduced police presence and therefore reduced police protection and service for the community. It also results in an increased risk to individual officers. Fewer cops too thinly spread translates into perilously longer response times when backup is urgently needed in life-threatening situations. Too little manpower for the task results in over-worked cops, whether you’re a city patrolman with less backup, or a sheriff’s deputy with a newly expanded patrol sector because a town’s police department has been dissolved. Fatigue induced by such factors can be a cop-killer in itself.

What You Can Do
When the department cuts training, see about going out and taking classes on your own. The expenses are deductible, and it’s your life that’s at stake. Department practice ammo has dried up? Hit the loading bench, or get with some like-minded officers and buy some cheap practice ammunition as a group. You keep fit by exercising somewhere other than the department’s weight room anyway? Consider redirecting your efforts from the local gym to the dojo, and pick up some techniques that could save your bacon on the street. The department can’t afford to set up reality-based action shooting scenarios for qualification? A small $10 or $20 entry fee for a weekend IDPA or USPSA match will sharpen your reflexive combat shooting skills and give you a crack at some bragging rights to boot.

Take care and stay alert. The consequences of a faltering economy have made a dangerous job even more dangerous. 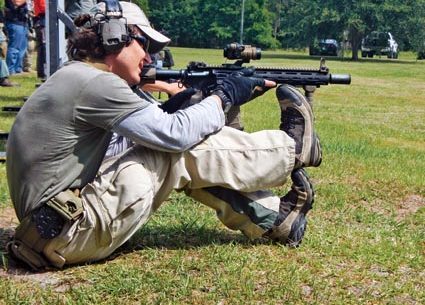 Some politicians defend cutting police budgets with the claim that crime is down. Those…