A recent bulletin to other agencies from the Texas Department of Public Safety reminds us all that the most mundane of patrol activities, the ubiquitous traffic stop, always has the potential to be anything but routine. In just the first two months of 2009, “Texas DPS troopers have been involved in four incidents during which suspects either fired on officers or attempted to run them over with vehicles,” the bulletin announced.

Editor’s Note: Ayoob’s column was received at the magazine just days before the horrific incident in Oakland. The deaths of the four officers there, in an incident that began in a “routine” traffic stop, emphasize the lessons described below.

Texas DPS Troopers
In Tom Green County, Case One, a trooper pulled over a vehicle.  A passenger, wanted on suspicion of murder, cut loose on the trooper with a 12 gauge shotgun. The trooper quickly returned fire, and shot and killed his assailant. The driver of the vehicle was taken into custody.

Near Channing, Case Two, a stop turned deadly when the driver opened fire on the trooper.  The trooper returned fire. When it was over, the New Mexico man who had attempted to murder the policeman was dead from nine gunshot wounds inflicted by his intended victim. The trooper, though he sustained two leg wounds, survived.

Along the border in Laredo, Case Three, a trooper was approaching the vehicle he had pulled over when the driver slammed it into reverse and attempted to run over the policeman. The driver ditched his car in the Rio Grande River and escaped on foot, leaving behind 897 pounds of marijuana. The trooper survived.

In McAllen, Case Four, a trooper attempted to pull over an SUV, and a pursuit resulted. The trooper lost control of his patrol vehicle, and when he exited the police car, the fugitive driver chose not to take advantage of the opportunity to escape. Instead, he gunned his SUV at the trooper, attempting to crush him to death. The trooper  skillfully evaded the oncoming vehicle and opened fire, wounding the driver, who was later captured by the Hidalgo County Sheriff’s Department.

Notes the Texas DPS, “While there is no information currently indicating that these attacks are related, there is still some concern that violence against police could be escalating. This concern is intensified by recent intelligence regarding the Sinaloa Cartel and the Los Zetas organization.”  The driver of the vehicle in Case One was covered with gang tattoos and may have been a direct accomplice in coordinating the attempted ambush murder of the trooper with the shotgunner who was slain in the attempt.

Constant Caution
There are more things that can motivate murderous attacks on officers than the perpetrator’s knowledge that there is a warrant out for him. Intelligence indicates that one drug cartel has ordered its traffickers and “mules” to violently resist arrest and confiscation of their valuable drug loads, or be executed themselves by the cartel. It has been reported that some mules, who lost drug loads to police, have indeed been murdered by their bosses as an example to others. This makes them all the more dangerous to officers with whom they may come in contact.

When making any stop, but particularly one that you believe may turn into a drug interdiction, take advantage of your radio and mobile data terminal before you turn on the emergency lights. The more you know about the vehicle you’re pulling over, the safer you will be. Forewarned is indeed forearmed.

Approach with extreme caution. The driver may be watching you in his rearview mirrors. Don’t forget that you can see him in those mirrors too, and his facial expression as well as body language can give you lifesaving clues as to his state of mind.

Stay behind the door post as you contact the driver, so that if he comes up with a gun, he’ll be forced into an awkward shooting position that impairs his marksmanship skills and gives you time to move off his line of fire and react with your own weapon.

Keep your reactive weapons skills sharp.  Texas State Troopers have an excellent record of success with their issue sidearm, the Sig Sauer P226 in caliber .357 Sig, loaded with Speer Gold Dot 125-grain bonded hollow point. It offers superior tactical penetration through window glass and auto bodies, as pistol rounds go, and DPS has found this load to be a dynamic manstopper.

No matter how hot it is, wear your body armor. In one case, an officer’s life was saved when a close-range was defeated because it struck the double magazine pouch at the front of his belt. That ruined a P226 .357 Sig magazine, but the officer had ample rounds already in his weapon to neutralize his attacker with return fire, and he did just that.

When searching vehicles, don’t “tunnel in” totally on what you’re looking for, or on what your dog is doing. If the driver and/or passengers are transporting drugs, they may fear their ruthless bosses more than they fear you, and may be waiting for you to take your eyes off them so they can kill you to escape with their expensive load.

Attempts to crush police officers to death by running them down with motor vehicles are happening frequently these days. Whenever on foot at a stop site, have a plan as to where you’ll move if you have to, not only to “get off the X” of a gunman’s target point, but to escape the path of an onrushing car or truck.

It’s all the more important when you’re alone, the first to respond to the offense that led to the stop. Thanks to the Texas Department of Public Safety for their potentially life-saving alert to brother and sister officers throughout the country. 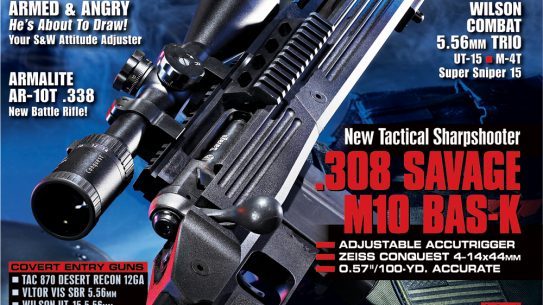