December, 2009, Case One, a sadder but wiser young rookie cop in the Southeast tells me of his arrest of a teenage girl. She tearfully pleads to be driven to her home to get clean clothes, because she can’t let her parents see her in her current disheveled condition when they come to bail her out. The sympathetic young cop agrees, drives her home, and removes the handcuffs. He waits for her to emerge newly dressed…and waits…and eventually discovers that she has ducked out the back and fled on foot. He captures her later. I tell him he is one of the lucky ones.

CHRISTMAS TIME LEAD
In a matter of days after this conversation, Case Two goes down in Pierce County, Washington. Two deputies respond to a domestic disturbance. They convince the man at fault that it would be best for him to leave, and offer to drive him elsewhere. They make it clear that they don’t intend to even arrest him. It’s Christmastime, after all.  He asks to go to a closet to get some warmer clothes. They allow him to do so.

The suspect goes beyond warmth and gets some heat…a .45 automatic, and he comes out shooting. Police return fire and kill the gunman, but not before he has shot both lawmen.

OFFER NO SLACK!
The “let me get my clothes and I’ll go with you quietly” ploy is nothing new. In June 2008, Case Three, county and municipal officers in the small town of Monteagle, Tennessee serve a warrant on a suspect at his home. According to a top officer survival instructor in the area, the suspect requested permission to dress properly before he was transported. Permission was granted, and this gave him the opportunity to access a gun and open fire. His shots wounded Monteagle officer Brian Malhoit and killed Grundy County Deputy Sheriff Shane Tate. The slain deputy, age 28, had graduated from the law enforcement academy only two weeks prior to his death. 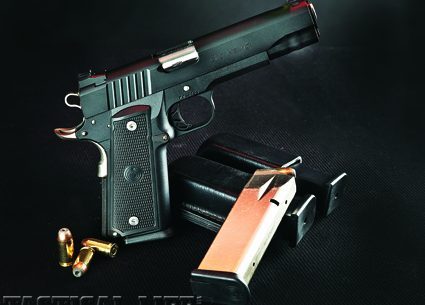 December, 2009, Case One, a sadder but wiser young rookie cop in the Southeast…