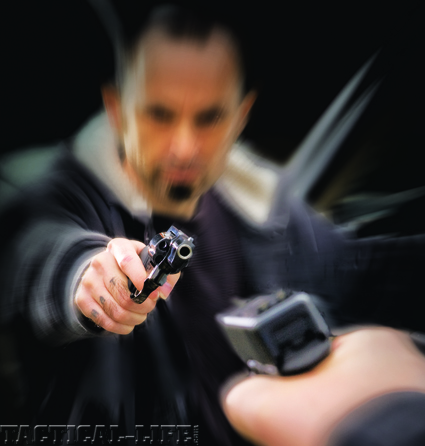 It’s a proven fact—according to FBI studies—that today’s criminals have truly stepped up their game when it comes to “shooting first” and doing so with little to no thoughts of the consequences.

Maurice Clemmons walked into the Forza Coffee Shop in Pierce County, WA and killed four armed Lakewood police officers. According to news reports, three of the officers were shot without being able to return fire, the fourth managed to get off a shot, wounding Clemmons in the abdomen. The four police died at the scene and Clemmons died two days later, shot by a Seattle cop when he tried to draw the gun he stole from one of the slain officers. “The only motive that we have is he decided he was going to go kill police officers,” a Pierce County Sheriff’s spokesman said.

In Oakland, CA a few months back, two motorcycle officers pulled over a sedan for a traffic violation. Without warning, witnesses said, Lovelle Mixon, for whom there were outstanding warrants, grabbed a semi-automatic handgun, opening fire as he exited the vehicle. After both officers were hit and collapsed to the ground, he approached them and fired execution-style into their heads, then briefly stood over the bodies before fleeing on foot. Neither officer had a chance to fire a shot. Two hours later, two more Oakland cops from the S.W.A.T. team would die along with Mixon during his capture. A fifth officer was shot but survived.

Both of these criminals had long, violent criminal histories. Uncounted more of them are on the streets. In both of these situations, the perpetrator had the element of surprise, which always gives an advantage. The Officers should always be remembered for the life of valor they lived! But the question law enforcement should be asking is, how can we survive these assaults?

Arguably, the current sphere of political correctness makes law enforcement officers wary of maintaining what would be considered an “aggressive” posture. This political correctness has slowly crippled law enforcement and endangers officers. Speed has been replaced with liability. Practicing putting one hole through another in a target has become more important than hitting the target first, no matter where. 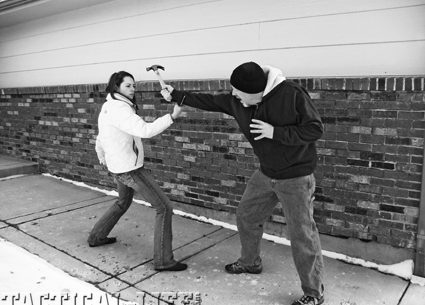