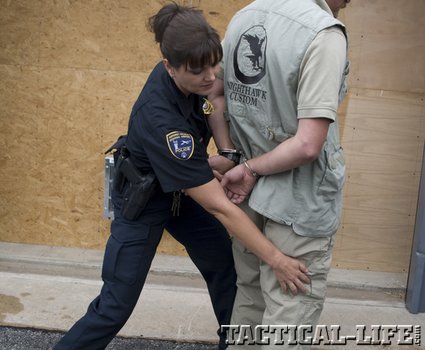 1 of 3
1R09_12_02_phatch
Cuff suspects with their wrists back to back, then make sure to search every possible hiding place for weapons. 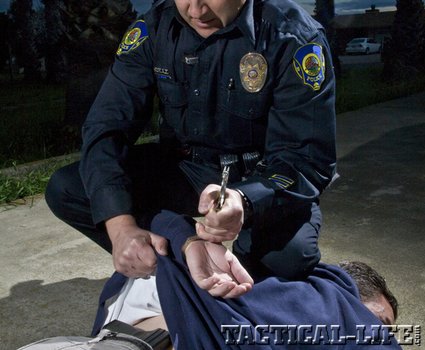 2 of 3
NANCE-prone-06_phatch
Maintain control while handcuffing a suspect. A loose cuff can be used as a deadly weapon. 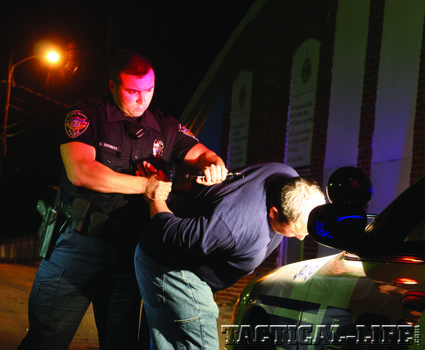 3 of 3
cuffed_phatch
Throughout the restraining and transportation process, the possibility of a suspect being armed is a major concern. Without a thorough search, that cuffed suspect may still be a deadly threat. 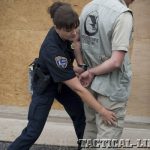 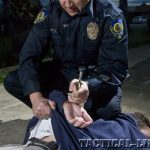 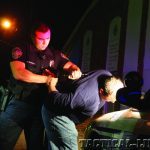 In the span of one month in 2012, three incidents occurred in which suspects accessed their own guns and opened fire while supposedly secure in the backseat of patrol cars. The tragic final tally was two dead policemen, two dead perpetrators. Those wounded included one sheriff’s deputy, one innocent bystander and one suspect. Obviously, there are lessons to learn here. Let’s take a closer look.

Case One occurred in late August 2012 in Clay County, West Virginia. State Trooper Marshall Bailey, 42, and his partner, Trooper Eric Workman, pulled over a reckless driver, Luke Baber, 20, and arrested him for driving under the influence. It was all in a night’s work until gunfire erupted from the backseat of the patrol car where Baber is ensconced.

Despite having been handcuffed and presumably searched, he drew a 9mm semi-auto and opened fire. He killed Trooper Bailey and then, snatching the downed trooper’s service .45, shot Trooper Workman, who collapsed, never to regain consciousness again. The cop-killer’s gunfire also wounded a tow-truck driver. 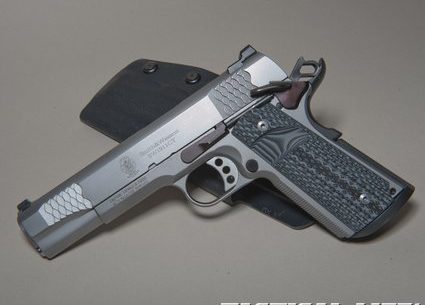