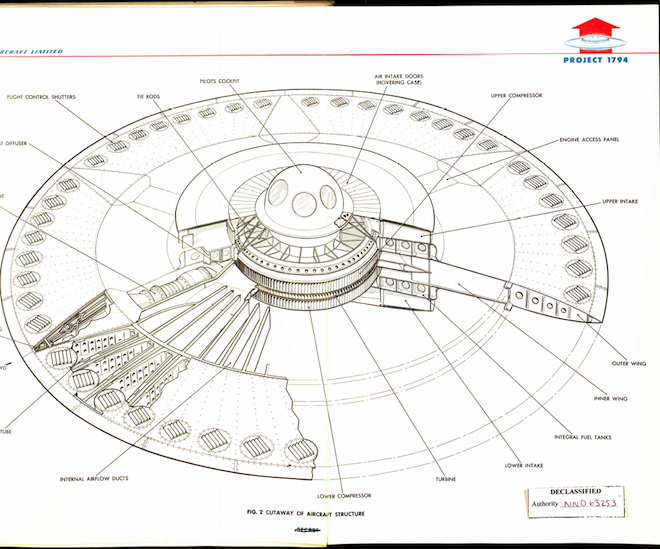 Officially, aliens have never existed but flying saucers very nearly did. The National Archives has recently published never-before-seen schematics and details of a 1950s military venture, called Project 1794, which aimed to build a supersonic flying saucer.

The newly declassified materials show the U.S. Air Force had a contract with a now-defunct Canadian company to build an aircraft unlike anything seen before. Project 1794 got as far as the initial rounds of product development and into prototype design. In a memo dating from 1956 the results from pre-prototype testing are summarized and reveal exactly what the developers had hoped to create.

The saucer was supposed to reach a top speed of “between Mach 3 and Mach 4, a ceiling of over 100,000 ft. and a maximum range with allowances of about 1,000 nautical miles,” according to the document.

If the plans had followed through to completion they would have created a saucer, which could spin through the Earth’s stratosphere at an average top speed of about 2,600 miles per hour. Wow. It was also designed to take off and land vertically (VTOL), using propulsion jets to control and stabilize the aircraft. Admittedly the range of 1,000 nautical miles seems limited in comparison to the other specifications – but if you’d hopped on the disk in New York it could’ve had you in Miami within about 24 minutes. 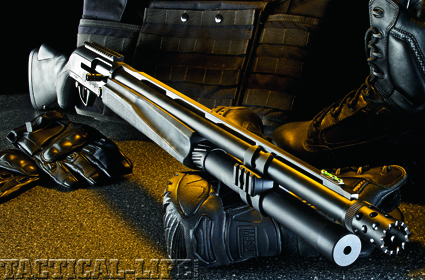