Few will agree on any list claiming to represent the greatest deer camp guns of all time. But, if the list is long enough, it should at a minimum include these eight rifles. Either because of their popularity, practicality, or perfection, here are eight great deer camp rifles that you can bet will be in the field this fall. 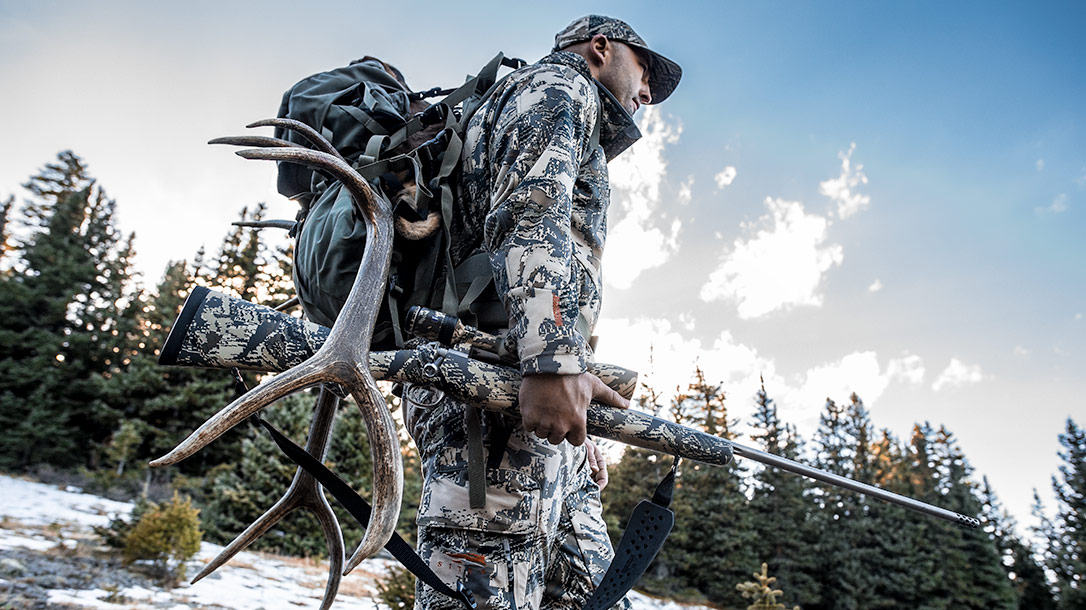 The Kimber Mountain Ascent Subalpine is a Featherweight Hunting Option

Some date back more than a century, while others suffered discontinuation. Still more stand eclectic in these modern times. But one thing’s for sure, each of these rifles has developed a dedicated following and they will all do the deed on any big buck that walks by. You may not agree with this hillbilly’s choices, but you’re welcome to create your own; it will give you something to argue about around the campfire at deer camp this year.

By modern standards the Winchester Model 94 lever-action rifle is not all that exciting. They never produced supreme accuracy, and if handled roughly, the buttstock could break right off. But these rifles handled like a fencing foil and have maybe put more smiles on more deer hunter’s faces than any other rifle.

Even now, at well over a century old, you’ll be hard pressed to find a deer camp without a 94 in it. The Winchester 94 will always be linked to the 30-30 Winchester cartridge, which is just as iconic as the rifle it was made for.

You could argue that the Marlin 336 in 30-30 is just as great a deer rifle as the Winchester Model 94, and you might be right. But two 30-30 lever guns on a short list seems to be too much. However, another Marlin lever gun belongs on this list, and that’s the Model 1895 in 45-70. In fact, the 1895 might be solely responsible for resurrecting what is now nearly a 150-year-old-cartridge. Compact, fast-handling, and powerful, the Marlin 1895 has long been considered an optimum brush-busting deer basher. Thankfully, it looks to be the first gun offered by the new Ruger-owned Marlin.

A magazine-fed lever-action rifle that was riflescope and modern cartridge compatible, the Savage 99 might be the greatest deer gun of all time. It has been chambered for everything from the 22-HiPower to the 375 Winchester. It was even offered in 284 Winchester and early on, for the 250 Savage, which was the first American-made centerfire cartridge to break the 3000-fps mark. The 99 was more accurate than traditional lever-action rifles but has not been made for a quarter of a century. Still, you can be sure there will be some in deer camps this fall.

Short of a semi-automatics, pump rifles might be the fastest cycling manual-action available for a centerfire rifle cartridge. Remington’s 7600, which is no longer in production, was the preeminent pump rifle of all time. It found a home in the deer woods with those who wanted hard-hitting cartridges like the 30-06 but also wanted fast follow-up shots. Though it never achieved coast-to-coast deer hunter appeal, the 7600 and the similar and earlier Models 6, 76, and 760, have been a long-time staple in the northeastern deer woods.

There’s no shortage of factory-grade bolt-action rifles that have found dominance in deer camps. A revised version of Remington’s popular 721 and 722 rifles, the Remington 700 became the most popular bolt-action rifle of all time. Though the Winchester Model 70 is often considered the rifleman’s rifle, Remington’s 700 is the hunter’s rifle. With a reputation for fine accuracy and ruggedness, the 700 – which has been chambered in most every centerfire rifle cartridge – has been a favorite in deer camps since its introduction in 1962.

Introduced in 1983 as a reduced size Model 700, Remington’s Model Seven was a compact bolt-action rifle crafted in the spirit of the company’s previous Model 600s and 660s. The Seven’s lighter heft made it very appealing to deer hunters who hunted from their feet instead of their ass. With Remington shutting its doors in 2020 it’s questionable if we will ever see a new Model Seven, but there are thousands of deer hunters who will continue to brag about their Model Sevens around deer-camp campfires for years and years to come.

Introduced in 1960, Ruger’s Model 44 – originally called the Deerstalker and later in 2000 the Deerfield Carbine – was a semi-automatic rifle chambered for the 44 Magnum. It only weighed 5.75 pounds and had a tubular magazine. (The 2000 version had a detachable, rotary magazine.) Handy, compact, and powerful, many eastern hunters fitted them with peep-sights and fell in love with them. It is not to be confused with another great deer getter, the Ruger Model 96, which was a lever-action version in 44 Magnum. Unlikely to ever be produced again, don’t be surprised if one shows up in your deer camp this season.

Though a full-custom rifle priced to consume most of a paycheck, the NULA Model 20 designed and built by West Virginia gunsmith and deer hunter Melvin Forbes might be the best, modern deer rifle ever engineered. Weighing only five pounds, perfectly balanced, and with target rifle precision, these rifles are notorious country wide. You’ll likely find them in more than 7,000 camps this fall and if one is not there, you can bet some of the hunters will be wishing they had one, and dreaming of the day they can afford it.