WASHINGTON, April 1, 2009 – Ever imagine filling up the fuel tanks on a military aircraft with french fry grease? It’s no April Fools’ Day joke — that’s exactly what the Air Force could do someday if a Defense Advanced Research Projects Agency research program proves successful. DARPA is the Defense Department’s scientific agency that pushes the envelope toward what Anthony J. Tether, its long-time previous director, described as “the far side” of science and technology development to support military requirements.

So in an effort to reduce the military’s huge reliance on imported oil, DARPA is on the fast track exploring ways to convert so-called “yellow grease oil” or plant-based “cellulosic and algae sources” into JP8 jet fuel.

The goal, explained Barbara McQuiston, director of the Strategic Technology Office and program manager for biofuels, is to come up with nonpetroleum sources to power military aircraft, ground vehicles and non-nuclear ships. Two side benefits, she said, will be lower fuel costs and fewer environmentally unfriendly carbon emissions.

The DARPA-funded biofuels program has the scientific community looking into some seemingly unlikely petroleum alternatives: algae, seeds and corn husks among them. These crops produce a type of oil that can be converted through a complicated process into biofuel, McQuiston said.

The private sector is exploring this possibility, too, in the quest for cheaper, domestically produced fuel. In fact, several commercial airlines already have conducted test flights using a blend of petroleum and biofuel.

This research may have some military application, McQuiston said, but the biodiesel produced through current commercial processes isn’t necessarily suitable for military uses. The military, for example, needs a fuel that meets exceptionally high standards; it must be as efficient at minus 20 degrees as at 140 degrees.

Some participants in the DARPA program have produced samples that meet these standards. They could, if produced in a big enough scale and at a low enough cost, potentially serve as stand-ins for JP8 jet fuel, McQuiston said.

Within the next few years, she said, she expects to have a proven biodiesel alternative that meets all the established requirements, and to be able to present it to the military services so they can consider using it.

“Our interest is in being able to prove out the technology and be able to demonstrate that these goals are achievable,” she said. “We want to show that this can be done, and that it can be done within a feasible and manufactureable and scalable process.”

This recognition, McQuiston said, is a great motivator for her and her team. “I think all of us are here because we want to do service to the country,” she said. “And at DARPA, we get to be able to do this high-risk, high-return investment that we feel is critical to the nation. We’re able to not only address some of the more challenging problems, but also to provide leadership into the future.”

DARPA was established in response to the Russian Sputnik launch, and celebrated its 50th anniversary last month. Its work has built the foundations for the NASA space program, the World Wide Web and myriad other technologies. 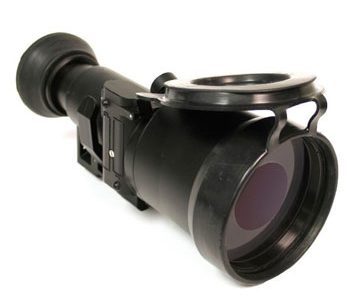