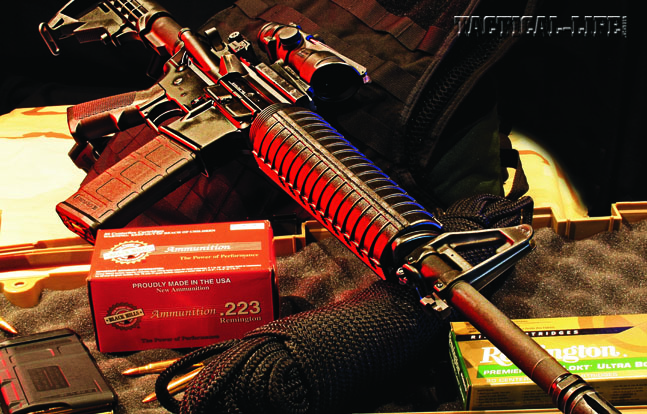 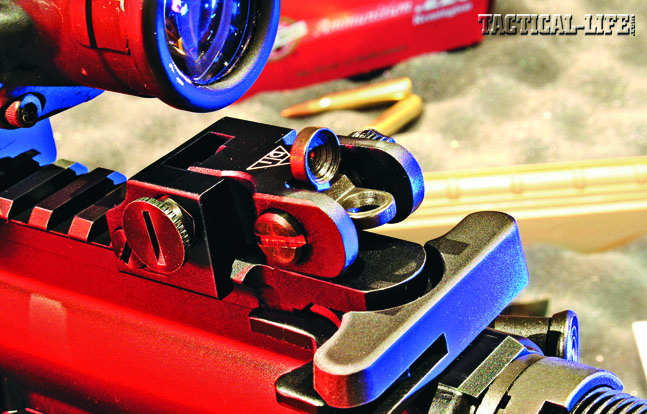 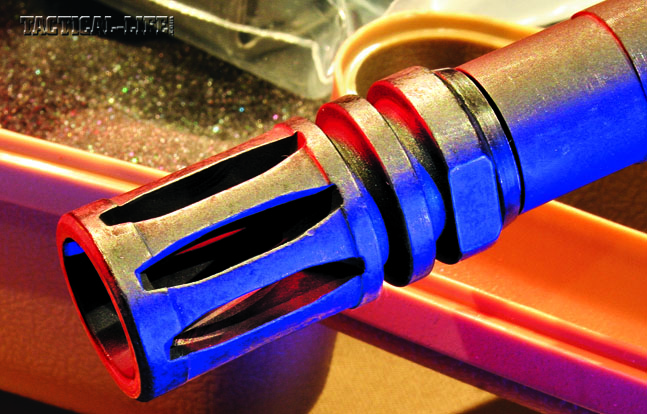 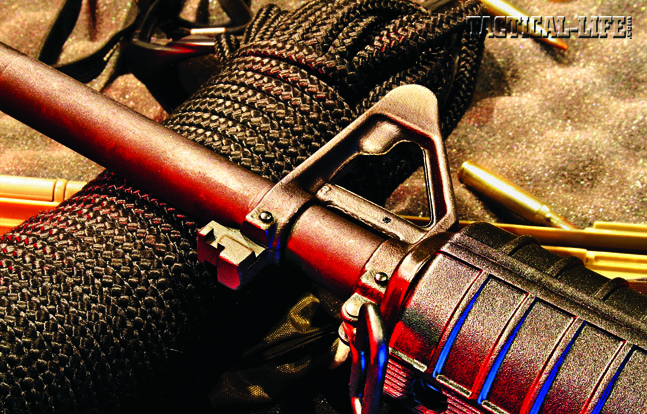 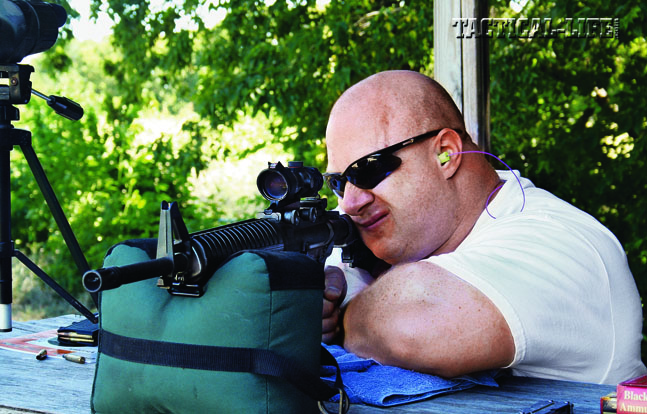 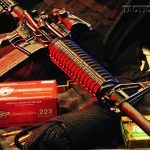 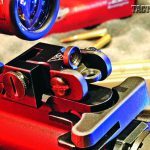 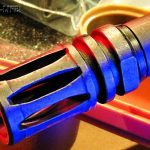 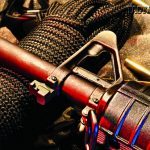 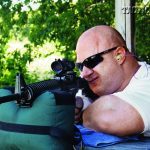 Back when I first started as a rookie patrol officer making peanuts, the market for all things tactical was rather dismal. We improvised a lot, but we were still far behind the curve of where things are now. My first patrol rifle was an AR-15 made by Eagle Arms. It was a clone of the full-length A2-style military rifle, only in semi-automatic. That was it—no light, no scope, reflex or otherwise—and I was pretty well-outfitted compared to most of my peers. My next gun was a Colt Sporter Lightweight with a collapsible buttstock. I added a tactical light that bolted onto the lower half of my polymer handguards through a couple of the vent holes, and then I was really high-speed, low-drag.

Gradually, over the years, it seems like legions of companies sprang up to provide tactical gear of all kinds; not only for cops, but the military, shooting enthusiasts—anyone who wanted the gear. At the same time, more and more companies began making AR-15 parts, accessories and complete rifles.

There are so many companies producing AR-15s these days, it’s hard to keep up with all of them. Del-Ton, Inc. is one of those companies, and one that I became familiarized with about three years back when I got some trigger time in with some of their rifles during a trip to Memphis. Del-Ton, an acronym of sorts that combines President Tony Autry’s first name with that of his late father Del, who once ran the business alongside him, has been in the business of making several AR-15 models since 2000. They are a web-based firm specializing not only in complete rifles but also parts and accessories, all American-made.

Gun Details
Del-Ton’s basic Mid-Length Rifle is available with a standard A2 buttstock, a carry handle and a Mil-Spec front sight tower. This meat-and-potatoes rifle sells at a very modest $750. In our case, however, Del-Ton added some gravy to the pot by supplying the other available version of their Mid-Length Rifle with a flat-top upper, a folding rear sight, and a 6-position collapsible buttstock.

The Del-Ton’s upper and lower receivers are machined from 7075 aircraft aluminum, hardcoat anodized (the upper is also dry-film lubed) and joined by captured cross-pins. The fit was very tight, and we could only force very minimal play between the receivers. The left side of the magazine well is roll-marked with DTI’s logo. With the exception of the flat top, these receivers are entirely Mil-Spec.

The 16-inch heavy barrel is forged from 4140 chrome-moly steel and has a 1-in-9-inch twist rate. It is also manganese-phosphated, including under the front sight base. Ramps are standard M4-style with a 5.56mm chamber, and the bore surface is coated with dry-film lube over the anodized surface. The barrels are made entirely in-house. Mine featured a Mil-Spec A2 “birdcage” flash hider and F-marked front sight tower (taper pins are employed on the sight base), complete with sling swivel and bayonet lug. Military-style handguards with heat shields were used in conjunction with an aluminum delta ring.

The gun employs a mid-length gas system, which generates less gas pressure and slower bolt velocities than carbine-length systems, thereby resulting in a cooler-running rifle. The bolt is machined from carbon-158 steel while the carrier is a phosphated 8620 steel, Mil-Spec unit. Both bolt and carrier are plated and heat-treated; the carrier features a chrome-lined interior. The gas key is chrome-lined, attached with grade 8 screws, and properly staked and sealed.

As previously mentioned, the collapsible buttstock is an M4 6-position version made from reinforced fiber with a commercial-sized tube. The rifle has a standard, military-style pistol grip. The gun shipped in a nice padded hard case with two 30-round magazines, nylon sling and a military buttstock cleaning kit. The Mid-Length Rifle’s fit and finish was exceptional, and everything appeared to be in order upon initial inspection.

Trigger Time
I gathered a sampling of ammo from my shelves that included offerings from Black Hills, Federal, Remington and Winchester and met my shooting partner, Jay Hodges, at the range to evaluate the Mid-Length Rifle. Using VisiColor targets from Champion Traps and Targets at 100 yards, we set up our rifle on a bench atop a sand bag. It was about 94 degrees that day, and the air was still—perfect for accuracy testing.

To guide the rounds to the target, we mounted a Trijicon TA31 ACOG 4×32 scope, which uses a red chevron reticle and an integral range finder. The scope mounted to the Picatinny rail in seconds. For zeroing the scope, we stapled up a silhouette target, and we got lucky in this instance: the first rounds were just a few inches low and right, so we were able to dial the ACOG in with just a few rounds. Once that was out of the way, we began firing three-round groups for accuracy.

Black Hills’ 77-grain HP funneled three rounds into just 0.88 inches, which would be the best group of the day. This was followed by Federal’s TRU 55-grain Barnes Triple-Shock, which crowded into an even inch. Winchester 55-grain FMJ patterned at 1.5 inches, and lastly, Remington’s 62-grain Core-Lokt Ultra Bonded PSP turned in a 1.94-inch pattern.

In our initial testing, we encountered a variance in the trigger pull from shot to shot, and the weapon actually doubled on us twice. During rapid-fire strings, the problem seemed to disappear; it was only during slow, deliberate fire from the sandbag that we encountered it. The good news is that it went “bang” every time we squeezed the trigger, and the aforementioned groupings demonstrate that the Mid-Length Rifle is capable of good accuracy. Those groups could almost certainly have been closed up tighter with a high-powered scope.

We found the weapon to shoulder naturally, and to be light and quick in its handling—about what you’d expect from an AR-15 of this length. Recoil was light, characteristic of the AR family, so no surprises there.

We phoned Tony Autry at Del-Ton, and spoke with him about the behaviors the carbine was exhibiting with regard to the trigger. He already knew what the problem was. The firm had recently bought a run of hammers from a supplier that had turned out to be out of spec, even though they were supposed to be inspected before leaving that vendor. They had been in the process of re-fitting customer rifles with in-spec hammers on a one-by-one basis, and told us to ship the gun back for replacement of the hammer.

We shipped the Del-Ton back, and when it returned, the problem was gone, and it ran without a hitch. The trigger was a standard, military-type when it came back, and had almost no take-up, and a relatively long pull, which traveled about a quarter-inch before breaking at 5.5 pounds, after which it seemed to have just a hair of over-travel.

Conclusion
With the new hammer in place, we found the Del-Ton Mid-Length Rifle to be a well-made, mostly mil-spec AR-15. It’s plenty accurate, has 100 percent reliable feeding and cycling, and it’s light and handy—just about everything you need from a weapon of this kind. Its flat-top receiver lends it to easy mounting of scopes and optics, and the iron sights will readily co-witness with many types of optics a shooter might want to mount. At $750, it’s a bargain out of the box, and well within the budget of most shooters. If you’re in the market for one of these guns, give Del-Ton a look. 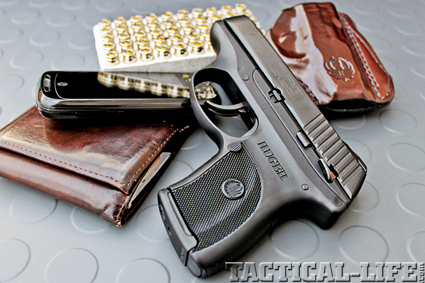 Back when I first started as a rookie patrol officer making peanuts, the market…