Our troops in Iraq and Afghanistan are having serious reliability and lethality issues with the M16 rifle and M4 carbine. The M4 /M4A1 carbine has turned out to be a poor “people stopper” when used with standard M855 ball ammunition. The M4A1 has a flattop upper receiver, while the M4 does not. Most Special Forces have the M4A1 with a MIL-STD-1913 rail upper receiver and handguard adapter, while the M4 has an M16A2 type upper receiver. Most “Big Army” troops are equipped with the basic M4. All of these weapons have issues. Let’s examine the causes of each problem and how they can be resolved.

There have been repeated calls for an entirely new small arms line to replace the M16/M4 family. Most notably, the abortive XM8 program died a deserved death at the hands of Congress. According to the words of an Infantry Colonel acquaintance from Fort Benning, Georgia, the XM8 did nothing significantly better than the small arms it was intended to replace.The Mark 16 SCAR has also been proposed as a replacement but like the XM8, the Mark 16 doesn’t perform much better than the M16 rifle or M4 carbine. The Mark 16 was developed specifically for special operations use because the M4’s reliability and lethality issues seemed beyond the capability of the contractor to rectify. The issues can be addressed without acquiring an entirely new firearm by executing what the military calls a PIP (product improvement program).

Reliability Issues
Our first encounter with the M16 came nearly 40 years ago in Vietnam. We had been in the Army for five years and heard of the horror stories regarding the M16’s reliability or lack thereof. It was no surprise when we signed for our M16A1 at Headquarters, MACV (Military Assistance Command, Vietnam) that the arms room sergeant told us not to bet the farm on it. 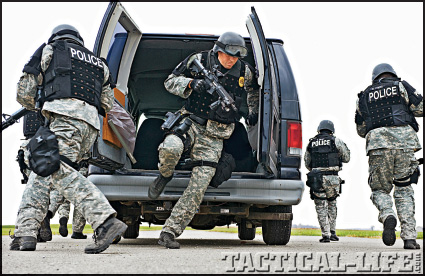