WASHINGTON– The overseas basing choices the United States makes for its military forces are a factor in deterring potential enemies, the vice chairman of the Joint Chiefs of Staff said Wednesday. Marine Corps Gen. James E. Cartwright told a gathering at the Center for International and Strategic Studies here that basing choices are part of the upcoming Quadrennial Defense Review, a congressionally mandated look ahead for the military.

“For me the most important question [in the review] is what does deterrence look like in the 21st century,” Cartwright said, “and how is that reflected in our priorities of basing and posture and basing and availability?”

Also affecting any basing decision is the reality that terror groups or even individuals could launch a lethal attack on the United States, the general noted. “This is the reality that you are dealing with, especially when you consider the nexus between weapons of mass destruction and extremist groups,” he said.

The operations in Iraq and Afghanistan also influence basing decisions. The conflicts – and those the United States is likely to face – will last at least five to 10 years, the general said. Those forces and their replacements must be factored into the process. “That’s a reality that forces us to change,” Cartwright said. “Are we going to shift that balance off of the conventional to the most likely?”

The Defense Department must adjust the balance, the general said. Defense Secretary Robert M. Gates wants to make sure “the institution understands and fights the war that we are in, not the one we’d like to be in, that we planned for,” Cartwright said. “The question is how do you put yourself in sufficient strategic agility to be able to handle whatever it is that comes up?”

Right now, “our bases are where we fought the Indians, the Japanese and the Germans,” Cartwright said. “The real question is can we change from that, are we really disadvantaged from that and, if so, how compelling is the argument that we can get resources to be based elsewhere?”

A number of options are available, all with advantages and disadvantages. Creating more permanent overseas bases is one option. Servicemembers typically live with their families at such bases, and generally are expected to be ready to go in the first three or four days of a conflict, and that assumes no warning, the general said. That option may have problems with host-nation caveats about how the troops based on their soil may be deployed or used, he added.

In addition, Cartwright said, those bases need schools, clinics and facilities for the families, and Congress can be reluctant to fund bases overseas.

The second force posturing option is force rotations, in which forces – who could be from all the services — rotate to a base or a theater. “They are brought forward, and their attribute is they are more trained and ready,” Cartwright said. “They receive extensive training before they leave, and they stay out three months to a year. They also don’t have families and can go wherever you tell them to go.” The downside, Cartwright said, is it takes three units to deploy one: one unit serving at the deployed location, one training to deploy, and one that has just come back.

Another basing construct involves global strike. “Global strike is the acknowledgment that there are certain forces that really do have global reach, and they can move to global scale very quickly,” Cartwright said.

“What we are trying to understand is what are the attributes and characteristics of global strike so we can generate those capabilities and deliver them in a credible way.”

Global strike as a basing concept is compelling because of the proliferation of ballistic missiles, Cartwright said. “If we are trying to deal with a conflict that could be over in minutes,” he explained, “then you have to have something that deters that conflict and it has to be more than nuclear. That conflict – because of the proliferation of ballistic missiles – is becoming more and more credible.”

Global strike has to include missile defense, Cartwright said. “You can’t think of this concept in offensive or defensive approaches, because that leaves you vulnerable to somebody trying to beat or defeat your single approach,” he said. “You don’t want the only approach here to be ‘I’m going to hurt you.’ They ought to believe it. Nor do you want your only approach to be defensive, because that’s called the Maginot Line.” The Maginot Line refers to France’s fortification of its border with Germany that became a military liability when the Germans launched their blitzkrieg in World War II.

All of these constructs will be used, Cartwright said, because the nature of warfare, military readiness and politics – not to mention logistics – requires different approaches. 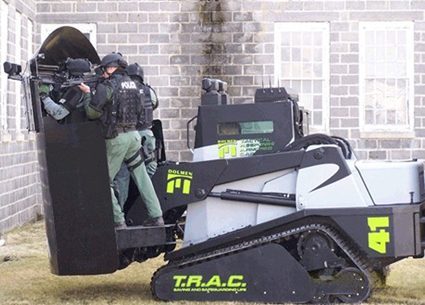