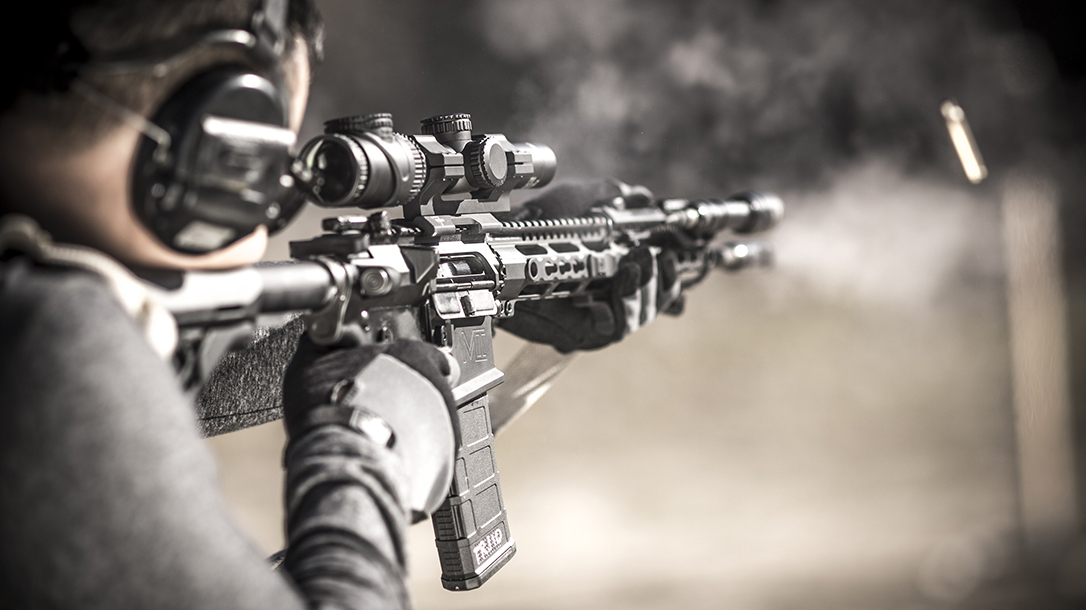 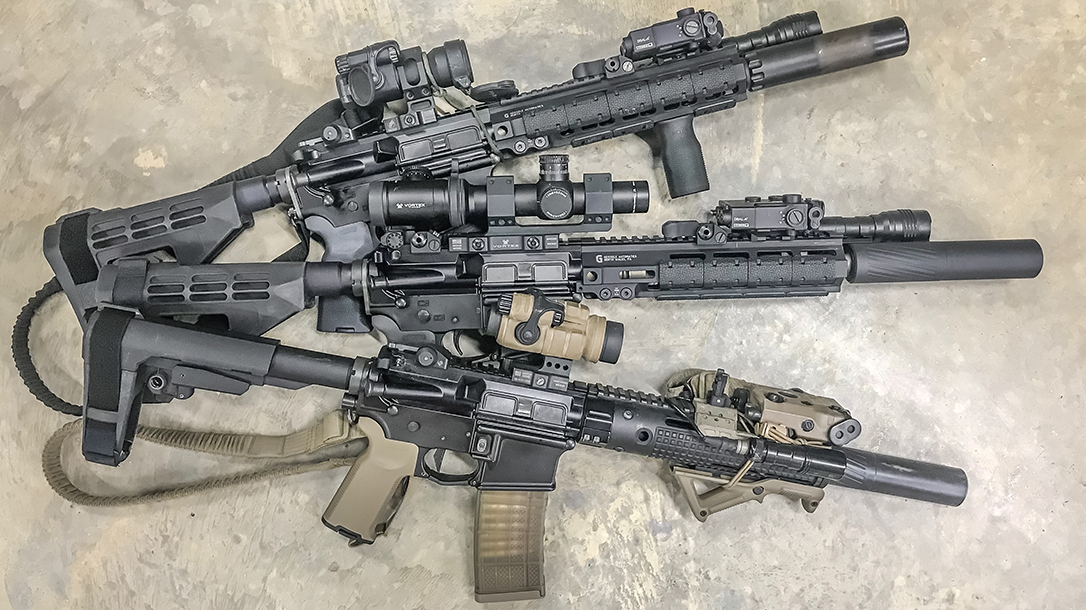 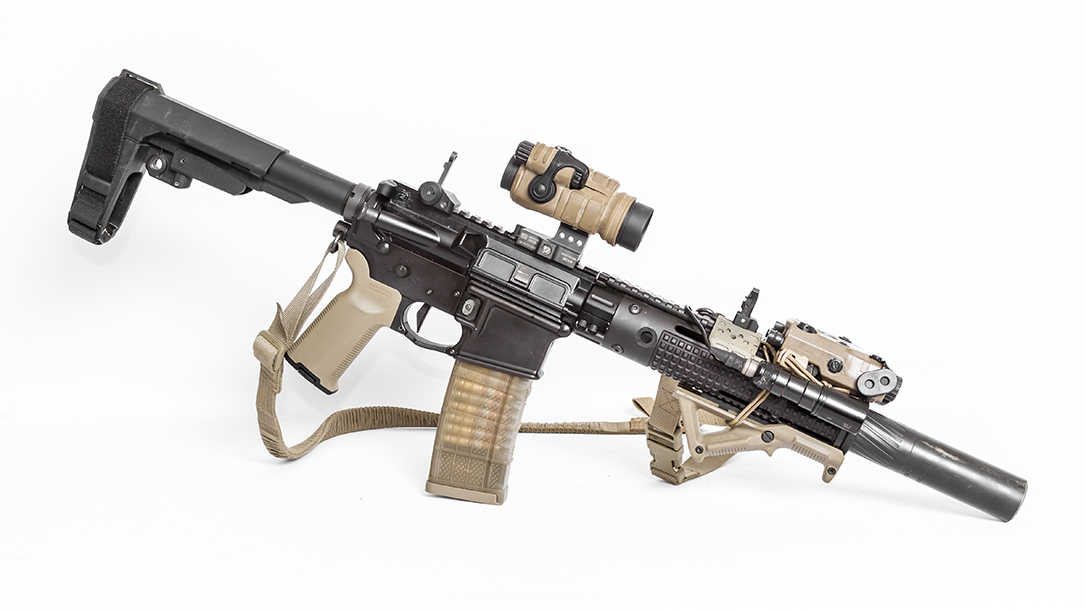 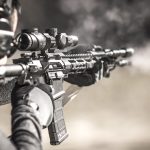 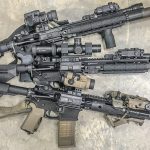 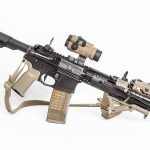 As rough as the past decade of gun-ban hysteria and leftist demagoguery has been for gun enthusiasts who simply want to enjoy their liberties and be left the hell alone, options for stealth carbines are better today than ever. As such, there’s never been a better time to build your DIY carbine. 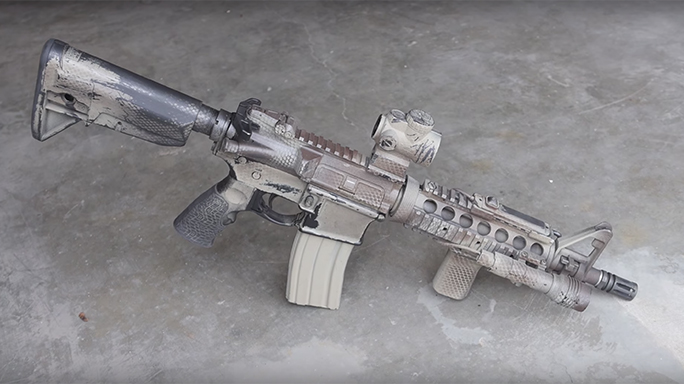 VIDEO: DIY Rifle Painting and the Right Way to Do it

With the proliferation of NFA-dodging accessories—including angled foregrips, pistol stabilizing braces, folding stock adapters and lengthened receiver extensions—the firearms industry has embraced the move to short barrels on many levels, including new guns, suppressors, bullet technology and complementary accessories. Still, determining the ideal configuration for a stealth carbine is fraught with many perils: gas port sizes; potential Instagram shame; ordering parts online; felonious mistakes in waiting; dubious online forum experts; issues with feeding, extraction and terminal ballistics; and many other problems that have emerged from the new world of short carbines and configurations without the decades of development more traditional M4- and M16-style carbines enjoyed. But the path to stealthy coolness and reliable functioning doesn’t have to be that complicated.

The big craze with shorter barrels really blossomed with the advent of the 300 Blackout cartridge, which was a home run from marketing and performance perspectives. Perhaps two factors are most critical to that success: The 300 Blackout was developed to perform from shorter 7- to 10-inch barrels and offer the versatility of both sub- and supersonic ammunition. Other factors, such as compatibility with magazines and parts from 5.56mm AR-15s, added to the 300 Blackout’s success, but short-barreled operation with sub- and supersonic ammo was the real key.

The same can be said for short carbines chambered for other popular rounds like the 6.8 SPC, 7.62x39mm and 6.5 Grendel, though there is some niche support for subsonic 6.8 SPC. The popularity of shortening those guns has boomed with the huge surge in suppressor use and the legalization of suppressors for hunting in many states. One of my recent builds is a suppressed 6.8 SPC for deer and hog hunting with an 11.5-inch barrel. With a 7-inch suppressor, the overall length of the package is still compact and handy.

You’ve probably noticed that I keep mentioning AR-15s. That’s because ARs are massively popular, and there’s a lot of aftermarket support. This means all manner of parts exist to improve the function and usability of your stealth carbine while suppressed, and with the lights and lasers that are de rigueur on a good stealth carbine. As a diehard AK fan, I’ve seen many AR-style rifles that weren’t as reliable in foul conditions as a good Kalashnikov. But the AR is far superior when it comes to running suppressors, lights, lasers and other accessories. With some effort, you can have a great stealth carbine based on the Kalashnikov, but it’s a longer stretch to get there.

Obviously, quiet operation is important for a stealth carbine. That’s why you need a sound suppressor. Yes, the buying process is a draconian and unnecessary pain in the ass. But until we get it fixed, that’s the cost of doing business. Suppressors reduce the volume of firing supersonic ammunition from about 160 to 165 decibels to about 135 to 140 decibels. Many variables go into that, so I’m using approximate numbers. Subsonic ammunition can be suppressed to about 125 to 135 decibels.

At first glance, the difference between supersonic rounds at 138 decibels and subsonic rounds at 128 decibels might not seem huge. However, actual loudness or perceived volume doubles with every 10 decibels of sound. So, your ear perceives a 138-decibel report from a supersonic round as being twice as loud as the 128-decibel report from a subsonic round. If you’re a masochist and want to spin your head, research how decibels work and the differences between pressure, intensity, loudness and other related factors. The short answer is that suppressors are critical to a stealth carbine.

Typically, suppressing a stealth carbine isn’t as simple as screwing a suppressor on the barrel and smoking tangos. Adding a suppressor delays the release of expanding gases from burning gunpowder. That’s how a suppressor reduces the loud boom of a gunshot to a manageable pop. It also means the system of gun, ammo and suppressor stays pressurized longer than it would without a suppressor. More time under pressure results in more gas being delivered to the action, so the reciprocating parts, including the spring, buffer and bolt carrier group, move sooner and faster than intended. This can lead to increased recoil and more wear and tear.

To combat these issues, you can increase the weight of the reciprocating mass by installing a heavier carrier, buffer or both. Another option is to switch to a spring with a higher rate or a different force curve. The flat-wire springs from Superior Shooting Systems, for example, have improved the reliability of several stealth carbines I’ve used. You can also install an adjustable gas block, allowing you to tune the amount of gas being fed into the action for reliable operation with several types of ammunition, varying weather conditions and use with or without a suppressor.

A stealth carbine must be as effective at night as it is during the day. This requires the integration of lasers, illuminators and white lights. Whether you’re hunting at night or serving a warrant as part of the SWAT team, you should have a thermal imager to help you correctly identify animals or suspects. Some clip-on thermals attach to your day scope, but for best functioning with a hunting gun, a dedicated thermal scope is the way to go.

This requires a minimum of handguard space. With shorter barrels generally come shorter handguards. You might need some creative mounting options to fit these add-ons in a workable location when handguard space is limited. In addition to the standard add-ons of an iron sight, a sling mount and a white light, a stealth carbine equipped for evening adventures requires a laser/illuminator such as a DBAL series unit and, at least for some shooters, a single or dual pressure pad. Mounting space on a short handguard gets scarce quickly. Many shooters who are inexperienced with these challenges underestimate the difficulty of nailing down a configuration. It might be necessary to swap mounting positions and components multiple times until you get a setup you like. Even then, there will be tradeoffs because of space limitations.

Whatever you come up with must be versatile and effective. As discussed, you can use many cartridges in a stealth carbine. The best selection will depend on your application and situation. If multiple stealth carbines are an option, I’d recommend having a battery. After years of trial and error, my battery includes a tactical 5.56mm, a do-it-all 300 Blackout, a 6.8 SPC for hunting and a .308 Winchester half-mile dominator. The 5.56mm has the most widespread ammunition availability. The 300 Blackout is the most versatile. The 6.8 SPC offers the most terminal performance, but its standard magazine capacity is only 25 rounds.

Of those carbines, I grab the 300 Blackout most often. With subsonic ammo, I can defend against varmints of the two- or four-legged variety without alerting everyone in a 5-mile radius or deafening myself should I have to fire without hearing protection in an emergency. Purpose-built 300 Blackout bullets like the Hornady 110-grain GMX or Barnes 110-grain TTSX are effective on man-, deer- and hog-sized targets out to 300 yards and beyond. That’s farther than most likely engagements in which a stealth carbine would be used.

A pistol cannot legally have a vertical foregrip. But, you can install a pistol stabilizing brace, which isn’t exactly equal to a stock in terms of function, but it’s close enough, to the point where the BAFTE has decreed that it is legal to shoulder one like a typical buttstock. Confused? Yep, it’s insane. And good luck in your building your arsenal! 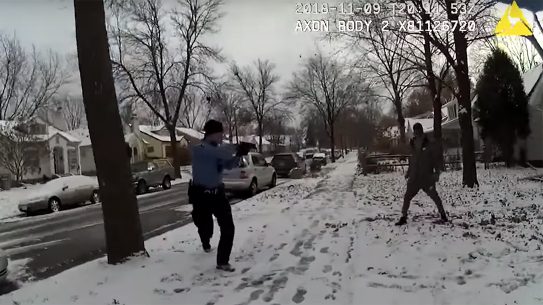 After issuing multiple warnings and even backing away from a charging assailant, two Minneapolis...