“They and others in this building were clearly pleased to see the Pakistan military take the initiative over the past couple of days and push back against the militants who had been encroaching ever further toward Islamabad,” he said.

Taliban forces have moved in recent weeks from the Swat Valley into the Buner and Dir districts. But in recent days, Pakistani ground troops and heavy artillery have moved into the region to assault guerilla hideouts, with Pakistani jets and helicopters attacking Taliban positions from overhead.

“We think the military operations that are under way in Buner and Dir districts are exactly the appropriate response to the offensive operations by the Taliban and other militants over the past few weeks,” Morrell said. “And so we are hopeful and encouraging of the Pakistan military that they are able to sustain these operations against the militants and to stem this encroachment on the more populated areas of Pakistan.”

The military operations followed a highly criticized peace deal between the Pakistani government and Taliban elements in Swat. “We have made no secret of the fact that we have never been a big fan of these agreements or deals that they have reached with militants” in parts of the Federally Administered Tribal Areas of Pakistan that border Afghanistan, Morrell said.

The United States stands ready to provide more assistance to keep up the effort if the Pakistani government will accept it, he said.

“We have made it clear for a long, long time that we are ready, willing and able to do more than we are doing,” he said. “The fundamental obstacle to this, historically, has been a comfort level on the part of the Pakistani government.”

Recent activities by the Taliban could change that, he said. The Pakistani government “obviously, based on these military operations, recognizes the activities in Swat and Buner and Dir as a real threat to them,” he said. “So, as long as there is that recognition and appropriate action in response, we are pleased and ready to help in additional ways.”

Morrell recognized sacrifices the Pakistani military has already made, with 3,000 of its troops killed or injured in operations along the country’s western border.

“They have been involved in this fight,” he said. “But the key is to sustain these operations at this tempo and to keep the militants on their heels and ultimately defeat them.” 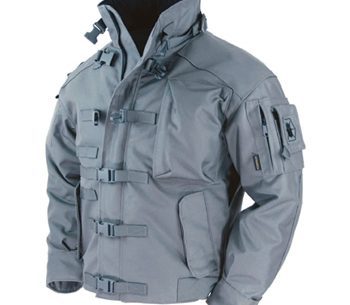