Developed by DPMS with Paul Howe of Combat Shooting and Tactics, the CSAT Perimeter and Tactical rifles in 5.56x45mm offer users a pair of top-end, limited-edition tactical AR carbines.

Sporting 16” barrels, the primary difference between the two variants is the Perimeter’s heavier contour barrel as compared to the Tactical’s lighter AP4-countour M4-style barrel.

Working in concert with the carbines’ fixed front sight posts is a full-featured detachable rear sight assembly mounted on the A3-style flat-top upper receivers. The rear sight sports the XS Sights CSAT aperture with an ingeniously simple CQB notch cut in its aperture designed for use at 7 yards.

Both carbines feature laser-engraved CSAT markings on the right side of the magazine well on their lower receivers.

Exclusive distribution of both carbines is by RSR and CSAT. For more information on DPMS, visit www.dpmsinc.com. 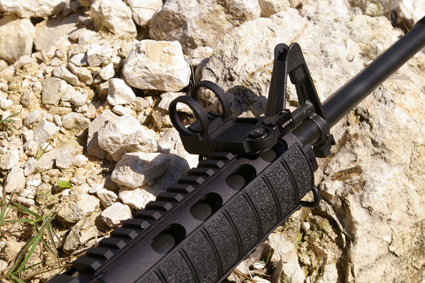 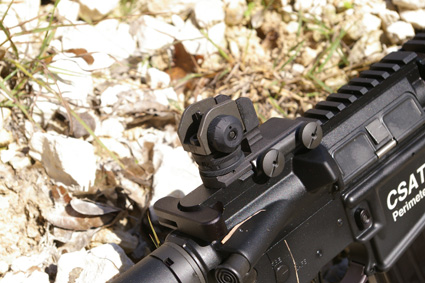 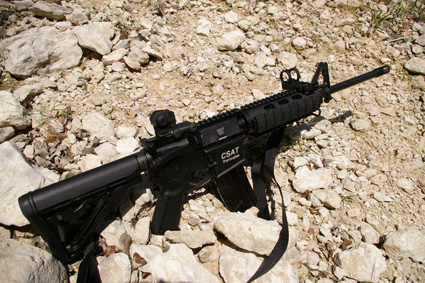