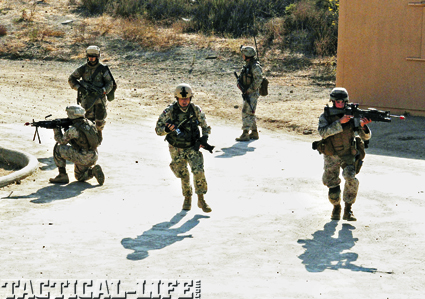 Way back in 1956, Armalite, then a division of Fairchild Aircraft, stunned the small arms world by introducing a revolutionary new weapon — the AR-10. Constructed mostly of aluminum with phenolic furniture, it represented a totally modern approach to the concept of military battle rifles, outraged traditionalists and set the stage for the most radical change in U.S. rifle development since the turn of the 20th century.

The first AR-10s utilized a modified 20-round BAR magazine and were chambered for the .30-06, then the standard U.S. military service cartridge. But in 1958, that venerable round was replaced by the new T-65E5 developed jointly by Winchester and the U.S. Army. It was officially adopted and became known as the 7.62x51mm NATO (.308) with subsequent AR-10s being chambered for it exclusively.

The AR-10 was way ahead of its time and through skullduggery, it was disqualified from the controversial 1957 Infantry Board rifle trials that resulted in the adoption of the T-44E4 (M-14). Regardless of the fact that it performed well, the AR-10 received only marginal exposure and saw little proliferation until it resurfaced in the late 1980s.

Weighing in at 11.15 pounds, the LR-308C has a closed-end flash suppressor, round handguards, “Delta” slip ring, and a removable carrying handle/rear sight assembly with a Picatinny Rail beneath for an optical sight. Among other efficient characteristics, it also features a spring-loaded ejection port cover to prevent entry of dirt and grit in the field, an arctic triggerguard, forward assist mechanism and a flared magazine well.
With its 20-inch barrel, the LR-308C is easy to handle, even in relatively tight places, and is thus at least equal to a standard-sized AR-15/M-16.

The round handguards make for a user-friendly relationship with the supporting hand and the adjustable sights allow finite zeroing (I prefer 200-meters) without the slightest difficulty. For low-light work, the standard 7mm enlarged flip-up rear aperture of the M-16A2 and A3 is utilized.
The two 19-round magazines that come with it are of steel, rather than aluminum, and are quite robust. While a bit of effort is required to load them, the extra-strength follower springs also make for reliable feeding. 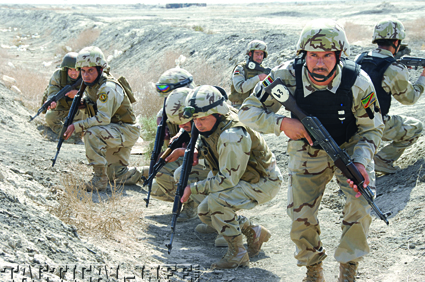 Way back in 1956, Armalite, then a division of Fairchild Aircraft, stunned the small…