There is “theory” and then there is “practice.” When it comes to matters of a martial nature, more often than not theory is the predominant factor with the development of new weapons and technology.

Most ammunition, for instance, is developed with the theoretical belief that it will accomplish a certain task when used in real-life applications. Before you assume this a rehashed 5.56mm bashing article, it is not. However, you really cannot discuss the 6.8mm SPC (Special Purpose Cartridge) without considering the round that it’s supposed to replace. Just when or even if this will happen is something I would not attempt to speculate.

Cartridge Details
The 6.8mm SPC ammunition was developed as an answer to reports of poor performance by the 62-grain M885 green tip 5.56mm ammunition. Military operators in both Afghanistan and Iraq have complained of the inadequacy of the standard military rifle round to put down enemy personnel.

Going back to theory, it was speculated in the factory labs at Remington that a larger, heavier projectile would be the answer. The task was to come up with a round that would operate and cycle from the already existing supply of M4 carbines. This cartridge needed to fit into M16/M4-sized magazines.

As you know by now, the end product was the 6.8mm SPC. The original 6.8mm SPC took a 115-grain, .277 caliber projectile and loaded it into a short, fat case that was very similar in dimensions to the .30 Remington. Factory velocity for this load was set for 2700 feet per second (fps).

Gun Details
One of the beauties of the AR design is that it’s just so darned versatile. Once you have a reliable lower receiver, your AR choices are wide open.

For this review I took the Bushmaster XM15E2 lower receiver that I already had in hand and mated it to a brand new DPMS upper receiver chambered in 6.8mm SPC. This particular component is cataloged by DPMS as the Panther AP4.

The upper receiver arrived ready to go with a dedicated bolt and bolt carrier group. All that was required was to pull out the twin takedown pins and mount it to the lower receiver.

Getting into the rifle specifics, the AP4 has a 16-inch chrome-moly steel barrel with 1-in-11-inch rifling. Before you get out your pens and write me a letter, I can assure you that the rifle in my hands has a 1-in-11-inch twist, not the average 1-in-10-inch. At the muzzle you will find an A2-style muzzle-break/flash-hider.

All of the steel components are manganese phosphated and the aluminum parts are black. At the rear you will find a flattop Picatinny receiver and at the front is a standard A2 front sight tower. The Panther GlacierGuards surround the barrel at the forend.

As mentioned at the outset, the lower receiver is a Bushmaster XM15 with retractable stock. Controls on the lower receiver typical AR. The only modification I made was to swap the standard stock for a Pardus model that I acquired directly from DPMS as an accessory.

Sight & Optics
The flattop upper receiver arrived just that way, with a flattop, so I needed to add a rear sight and optics. My primary sighting system would be a Trijicon ACOG (Advanced Combat Optical Gunsight) and for a secondary or BUIS (Back-Up Iron Sights), I mounted a Brownells flip-up/down rear peep sight.

For several years the US Marine Corps and other American Forces have been using the ACOG to good effect. When I say to good effect, I don’t mean in training, I mean in theater, smoking bad guys. The particular Trijicon sight featured herein is their model TA31RCO-M150CP. What does all that mean?

This ACOG unit has a 4x with a 32mm objective lens. The reticle has an illuminated red chevron with hold-over lines. Both fiber optics and tritium are used to power the illumination. Elevation and windage are 1/2-MOA click adjustments.

A KillFLASH honeycombed device comes with the unit to prevent sun glare from giving away your position. Front and rear flip-up lens covers are also provided. Trijicon also includes a thumbscrew mount for a flattop M4 rail.

The hold-over reticle on the sight is calibrated for the 5.56mm cartridge, not the 6.8mm SPC. Naturally, setting a basic zero is not a problem. I ran the numbers and compared the 6.8mm SPC cartridge to the military’s M855 62-grain FMJ. On average, the 6.8mm SPC drops an additional inch at 200 yards, 2 inches at 300 yards and 4 inches at 400 yards. At 200 yards and in, where the vast majority of fights with battle rifles occur, the difference in impact is negligible.

Extras
In addition to the rifle and optics I needed a few other items to make the package complete. At the NRA Annual Meeting and Convention I stopped by the Safariland booth and discovered their RK-M4 Forend Rail Mount. While many shooters simply prefer to replace their factory handguards with aluminum rails, that is not always practical or permissible. The Safariland Forend Rail Mount clamps down onto most any standard AR/M16/M4 handguard set and allows you to mount items such as a vertical foregrip and lights or lasers.

Speaking of vertical grips, while prepping this review I went to the LaRue Tactical website for a few accessories. When it comes to optics on an M4, I like having a rapid detach/attach option. I swapped out the standard Trijicon base for a new LaRue QD (quick-detach) LT-100 mount.

A few months ago a friend of mine just back from Iraq showed me his tricked out M4. Under the front rail he had a vertical foregrip from LaRue. This was their “FUG” (forward universal grip). The FUG is constructed around LaRue’s QD throwlever. You get three different end caps: short, long, and long-flanged. The inside of the grip is hollow for storage.

To support the entire rig I attached a BlackHawk three-point sling. To carry spare magazines I picked up one of their Enhanced Commando Chest Harnesses. This load bearing rig not only carries eight M4 magazines, but it’s also covered in MOLLE (MOdular Lightweight Load-carrying Equipment) webbing allowing you to modify it. Whe harness will also hold a Level IV armor chest plate.

Range Time
To start, I picked up some PRI 6.8mm SPC magazines from the Brownells catalog. I would use 10- and 25-round versions. As for ammunition, I had four separate loads to test out. These came from CorBon, Hornady, and Remington.

My first step was to chronograph each individual load and then to zero the iron sights. With that complete I did a bit of function testing. Magazines were topped off and rapid fire drills were conducted. No stoppages or malfunctions of any kind occurred during testing.

To see what kind of wounding I could expect, I fired the hot 115-grain Remington OTM (Open Tip Match) load into a Bullet Test Tube. The round passed through one tube and stopped about one inch into the second. The bullet mushroomed nicely but did shed some of its jacket. The wound cavity was substantial.

As for the average velocity and accuracy, refer to the included table for complete results. When considering these figures some might balk because they are not as tight as a group from a good 5.56 should be. Yes, that’s true, but we aren’t hunting ground hogs with this weapon. The 6.8mm SPC was designed as a man-stopper, not a varmint cartridge. The AK-47 is at best a 4- to 5-MOA gun and it has been getting the job done for better than a half a century.

Final Notes
Though I cannot forecast the future, I can tell you that the DPMS Panther upper in 6.8mm SPC dropped right on to my existing lower and shot like a champ. Several hundred rounds into the test and zero stoppages have occurred. There is really no arguing that the ballistics of the 6.8mm SPC surpassed those of the 62-grain M855 5.56mm load. Will that be enough to convince the US Army to make a change? Only time will tell.

There is “theory” and then there is “practice.” When it comes to matters of… 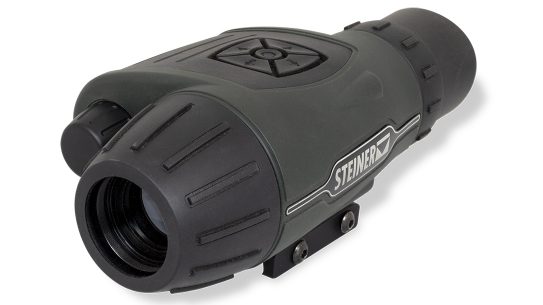