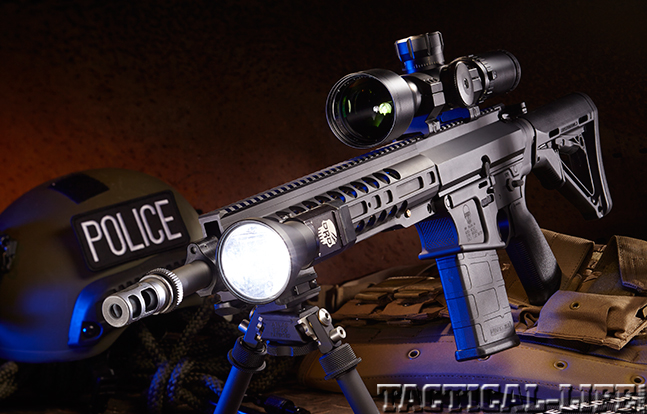 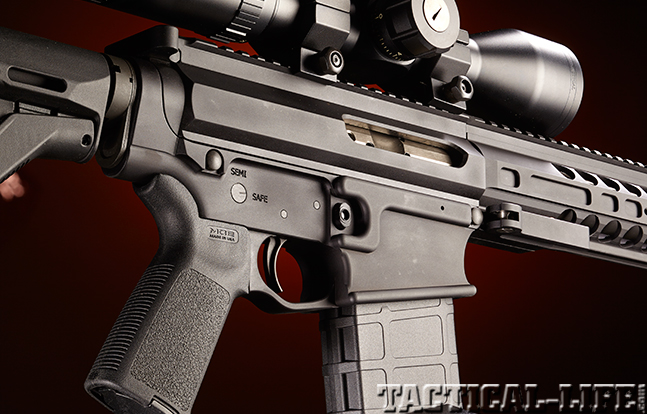 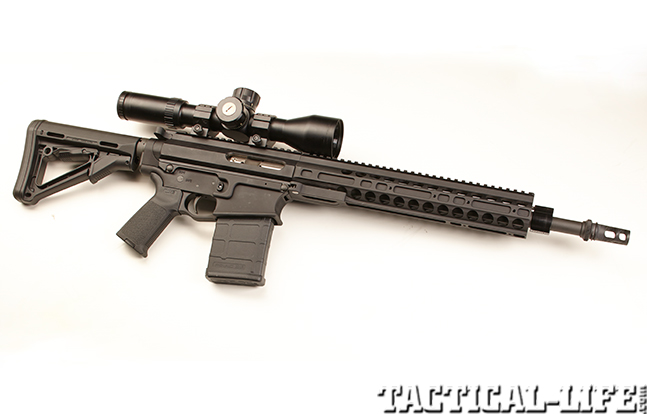 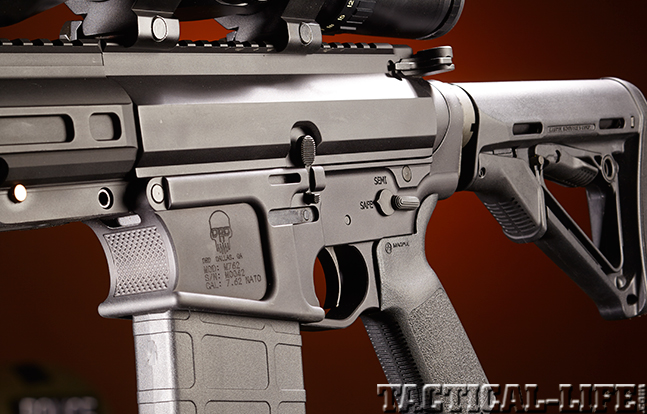 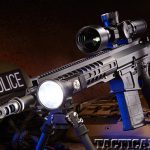 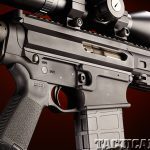 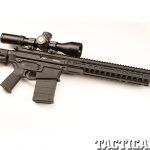 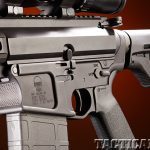 DRD Tactical specializes in “clandestine” weapons, and its new M762 is built just for that. In the upcoming September 2014 issue of GUNS & WEAPONS FOR LAW ENFORCEMENT, author Rob Garrett wrings the M762 out at the range.

Garrett writes, “In the bedroom community of Dallas, Ga., just west of Atlanta, is a weapons manufacturer that brings back memories of the famous Lockheed Skunk Works. Located in an unmarked building, DRD Tactical has established a reputation for being ‘tool makers for clandestine missions.’ Established in 2010, DRD’s first project was to compete in the Joint Special Operations Command (JSOC) Clandestine Break-Down Rifle proposal, also known as the Clandestine Sniper Rifle (CSR). The goal was to produce a 16-inch-barreled AR that would fit in the smallest case possible. Four years later, the company offers six takedown rifles in a variety of calibers.

“The Paratus, the company’s first rifle, was the engineering test bed for the current design. Unlike the other rifles, the Paratus features a folding stock, which necessitates a gas and recoil system that does not rely on a buffer tube extension. The Paratus proved successful, but the design was extremely expensive to produce. DRD Tactical went back to the drawing board and developed a takedown rifle that utilized both the existing AR-platform design and standard upper and lower receivers. The result is the CDR-15, which is available in 5.56mm and 300 AAC Blackout. The M762 and G762 are the AR-pattern equivalents chambered in 7.62mm NATO. The company has three patents and five trademarks.

“Producing a reliable and accurate takedown rifle requires a precise design and quality parts. DRD Tactical manufactures the upper and lower receivers in house on state-of-the-art machining centers. While many companies will not publicize who produces their barrels, proud to have an OEM relationship with FN. All DRD barrels are military-grade, hammer-forged and chrome-lined with a service life in excess of 30,000 rounds.

“The key to the takedown design is the barrel nut and free-floating rail system. The barrel is secured by a barrel nut that threads onto the upper receiver. The rail system utilizes a locking pin and tension lever that securely mates to the barrel nut. This system allows for rapidly attaching the barrel to the receiver, minimizing the time needed for assembly/disassembly.” 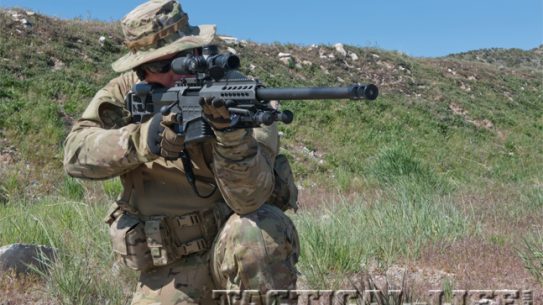