0
SHARES
15
VIEWS
Share on FacebookShare on Twitter
This kit comes with everything you need to turn a DGIS AR into a cool-running gas piston-driven rifle.

I don’t think I want you shooting a gun you built yourself,” said my wife, as she watched me install the Osprey Defense OPS-416 AR-15/M16 Gas Piston Conversion System on my Stag Arms upper receiver on the living room coffee table. Despite her vote of no confidence in my technical abilities, the end results were proof enough for me.

It is becoming increasingly difficult for owners of ARs to avoid the discussion over piston-operated rifles versus the traditional direct gas impingement system Eugene Stoner popularized with the AR-15/M16. Regardless of the many opinions on the subject, the fact is that the M16, with its direct gas impingement system of operation, has been in frontline service with the U.S. military for roughly five decades, longer than any other battle rifle America has fielded.

Regardless, many feel that the short-stroke gas piston system works better. For current AR owners who want the latest and greatest, the choices seem to be limited to buying a new piston-driven rifle or buying a new piston-driven upper receiver to replace their old upper. But there is an alternative for those who prefer to keep their original rifles and their investment intact—a drop-in gas piston conversion kit from Osprey Defense. 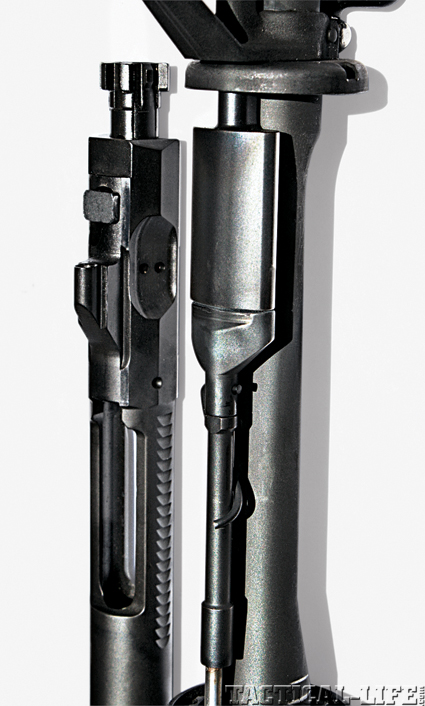 The Osprey Defense OPS-416 piston conversion kit is designed to be installed easily by the end user and provide them with piston operation for their AR.