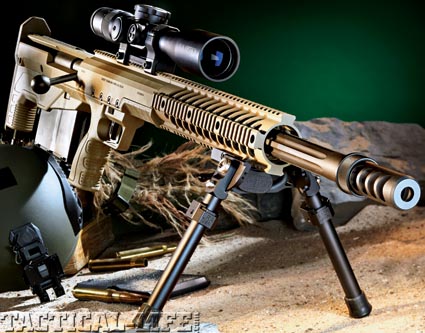 In the police world, the need for a precision rifle to interdict hard targets has always been somewhat controversial. Much of the controversy revolves around the mythology surrounding these rifles and its most used caliber, the .50 BMG. Unfortunately, many get their facts about this caliber from television and the movies, where most of the information is complete fiction—big surprise. Media, in general, either grossly overestimates the .50 BMG’s capabilities or inaccurately depicts its operation to the point of farce.

Having proven itself in battle for decades, there is no question as to the .50 BMG’s ability to penetrate hard targets. It is not, however, a magic bullet that explodes cars on impact, fells airliners with a single round or penetrates into infinity after impact. The round’s over-penetration is greatly exaggerated, a point made very clear at a recent course taught by Dave Agata along with Special Applications Training. As part of a police-only SASR (special-application scoped rifle) course, we engaged cars to get some real-world experience. Several rounds of AP ammunition were fired into specific locations, followed by documentation. The farthest the penetrator continued past the car in most cases was a few feet and seldom in a straight line. 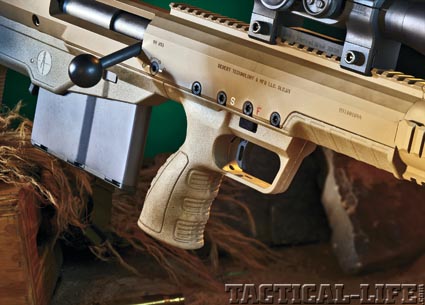 Barrel changes can be accomplished in the field with simple tools and gloved hands. Along with four tensioning screws, a barrel lock ensures the barrel doesn’t come loose.

Given the real-world capabilities of the caliber, the question remains whether law enforcement needs it. The answer is a resounding yes, depending on the agency. Does every agency need one? Of course not—that is ridiculous—but some have a real need. Agencies with a real terrorist threat or those dealing with hardcore drug trafficking do. The hard-target rifle has the ability to deliver significant penetration at very long ranges. Which brings up the next question: which rifle? The semi-auto is always great, especially if true precision isn’t needed. The semi-auto system was designed for bringing repeated firepower, not accuracy. It does what it was designed to do like no other, but it has its limitations, including a price tag well over $10,000. 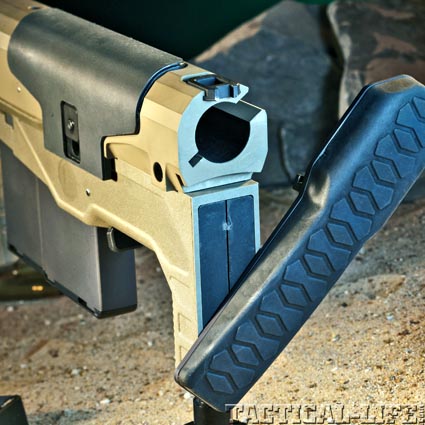 Desert Tactical’s patented design allows for the simple removal of the HTI’s bolt, for cleaning and for barrel changes. It also houses a strong and easy-to-access butt-spike, which supplies rear support to the rifle. 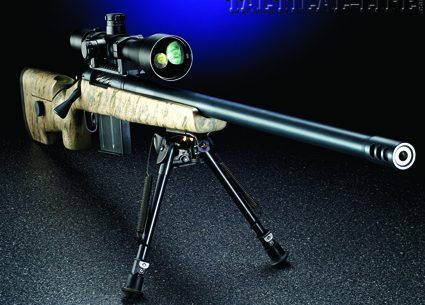