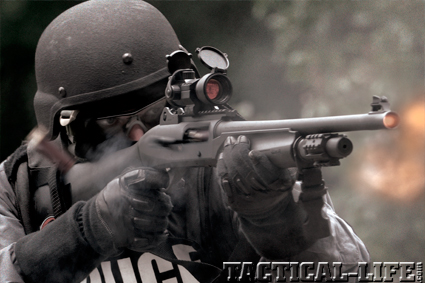 1 of 5
M2-Tactical-img
The semi-auto M2 Tactical’s inertia-driven operating system means it runs cleaner than many gas-operated shotguns. The M2 is also easy to customize with lights and optics. 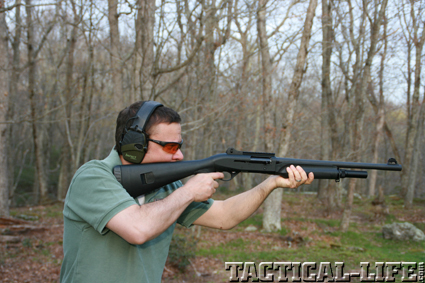 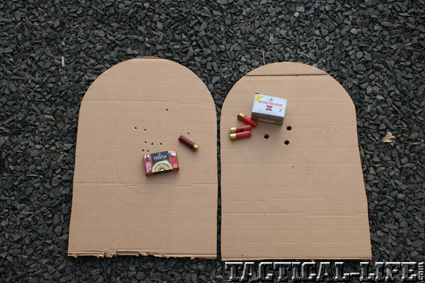 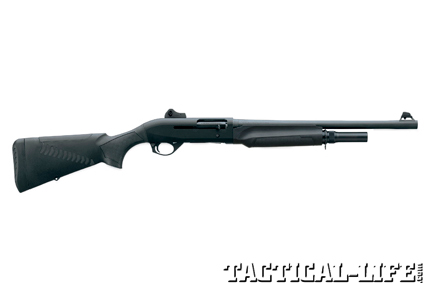 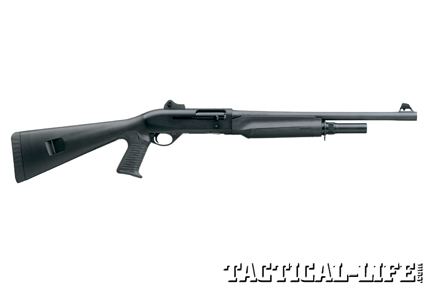 5 of 5
M2-TacticalPg
Benelli streamlined the M2 for greater recoil control and faster aiming. 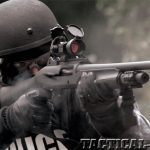 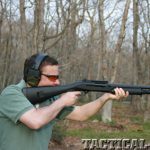 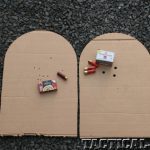 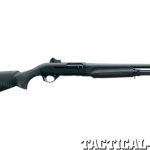 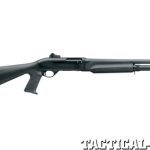 Available to law enforcement. Its versatility comes in the fact that it can be loaded up or down. Unlike a duty pistol or rifle, which typically only uses one type of round, the shotgun can be loaded for short distances with buckshot or it can be loaded for long distances with rifled slugs. For nearly 20 years, Benelli’s semi-auto, inertia-driven shotguns have been on the front lines with law enforcement, starting with the M1 and evolving into the M2 Tactical. The two shotguns use an identical inertia-driven operating system, but the M2 has cosmetic ergonomic modifications that make it easier and friendlier to use. The Indiana and New Jersey State Police both use Benelli’s inertia-driven shotguns, and they have become known as reliable fight-stoppers.

There are only three primary parts in the inertia-operated action system: the bolt body, the inertia spring and the rotating bolt head. Inertia is the tendency for an object at rest to remain at rest, so when a round is fired, the weapon moves rearward while the bolt body stays in position due to the inertia spring, which is a short, thick spring inside the bolt body. Nearly the entire weapon is a recoiling component—only the bolt remains stationary during firing.

Benelli’s inertia-driven system is often compared to gas-operated systems like those found in Mossberg, Remington and other semi-automatic shotguns. However, the Benelli does not divert burning gases to operate the mechanism like gas-operated systems… 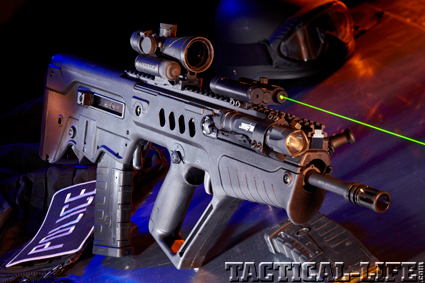 Available to law enforcement. Its versatility comes in the fact that it can be…