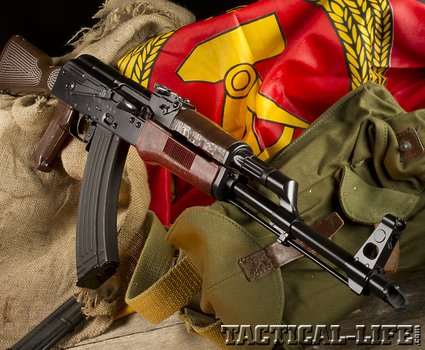 This custom-built MPi-KM-72 AKM from In Range, Inc. is a classic example of a Cold War-era military rifle. Built upon a semi-automatic receiver with the requisite U.S. parts for legality, the rifle would be a great addition to any AK collection.

When it comes to total numbers produced, variants developed and global spread of issuance and distribution, no military arm can compare to the “AK47” family of weapons. Developed shortly after World War II by Mikhail Kalashnikov, the Avtomat Kalashnikova (AK) represented the culmination of his battlefield experience during the war and represented what would be one of the most iconic of the burgeoning family of “assault rifles.” 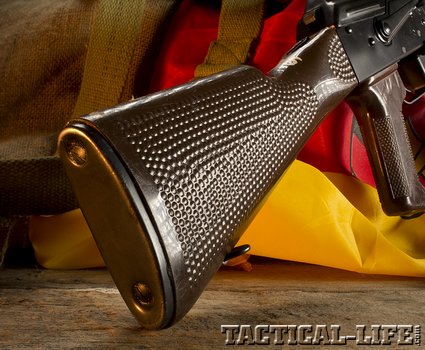 The brown plastic stock, which has molded-in raised bumps, is one of the most unique visual characteristics of the MPi-KM-72 rifle.

Now, putting aside overheated contemporary American political rhetoric, it would be helpful to consider exactly what the “assault rifle” is, and how it represented a paradigm shift in military small arms development at the end of World War II. Specifically, this class of select-fire weapons was designed to combine the high rate of fire and capacity of the submachine gun (which fires a pistol caliber cartridge with very limited range) and the range and power of a frontline military rifle.

The result of a series of prototype rifles, Kalashnikov’s AK appeared in 1947 (hence the AK47 designation). The design is a fascinating combination of advanced manufacturing techniques and traditional materials. Unlike its primary competitor developed in the 1950s, the AR, the AK did not feature space-age synthetics or alloys in its construction, but rather steel and wood. 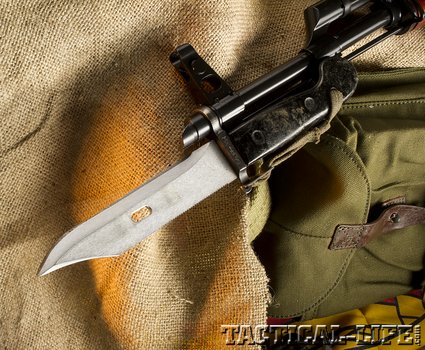 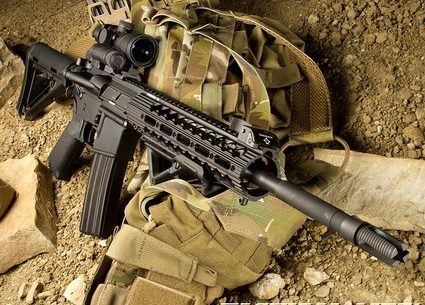 This custom-built MPi-KM-72 AKM from In Range, Inc. is a classic example of a…