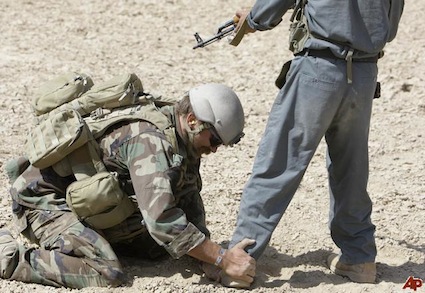 This Sept. 18, 2009 photo shows a Special Forces soldier on his hands and knees to properly position the feet of an Afghan National Police officer during assault-rifle training in the village of Nili, the provincial capital of Day Kundi in central Afghanistan. The team is among only a few U.S. troops to live among Afghans, but there will likely be more. The hope is to push Special Forces teams into villages throughout Afghanistan, giving them the mission of rebuilding and training Afghan police.

An elite Afghan soldier shot dead an American mentor and his translator at a U.S. base, Afghan officials said on Friday, in the first rogue shooting blamed on the country’s new and closely vetted special forces.

The soldier opened fire at an American military base on Wednesday in Shah Wali Kot district, in volatile Kandahar province, said General Abdul Hamid, the commander of Afghan army forces in the Taliban’s southern heartland. 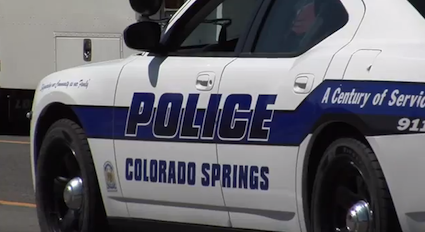 This Sept. 18, 2009 photo shows a Special Forces soldier on his hands and…