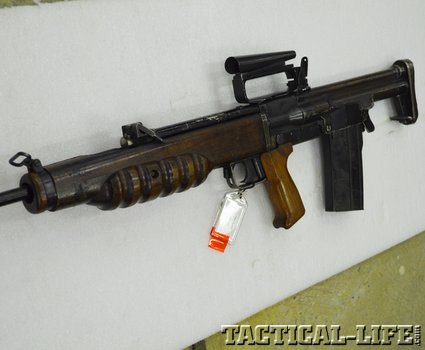 Considered by many to be 30 years ahead of its time, the EM-2 offered a hard-hitting cartridge in an ergonomic and compact package

The British Army emerged from World War II bloody, battered, but on the winning side of history. During the conflict, their main infantry rifle was the .303 Lee-Enfield, which in its various guises had soldiered on since 1895 and was considered long in the tooth by the time Hitler rose to power. The Brits were actively looking for a replacement weapon in the 1930s, but the gathering clouds of war that hung over Europe placed the project on hold, which meant that by the time victory was declared, the Enfield was 50 years old and the British armed forces were sorely in need of a modern replacement. 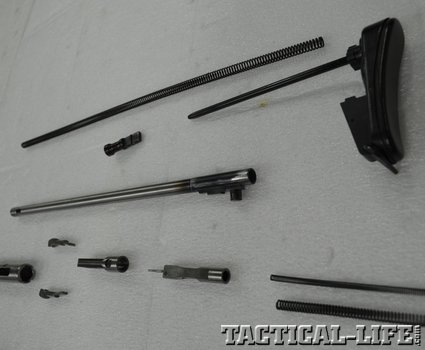 In 1948 while drawing on lessons learned from German and Russian advances in small-arms technology, the Brits started with a clean slate. They wanted a weapon that was lethal out to normal infantry-ranges, was easy to manipulate, offered increased hit potential, was capable of full-auto fire, and would be relatively easy to manufacture. In short, their requirements were the definition of the modern assault rifle.

It was immediately apparent that the .303 British cartridge was not going to feature in this new weapon system, as it was in many regards a relic from the Victorian era. Its drawbacks were many: The rimmed design meant feeding from high-capacity magazines was problematic; it was overly powerful; and the weight of the round limited the number that could be carried. In addition to the requirements for a rifle cartridge, for the sake of commonality it was decided that the same round would be used for any light support weapon or medium machine gun, which meant that in order to comply with British doctrine, the bullet had to be effective out to 875 yards. The perennial balancing act that exists in small-arms development resulted, in this case, in a 7mm solution. The .280 British round launched a 140-grain bullet at 2,500 feet per second (fps) and offered better long-range terminal ballistics than the .303, with increased accuracy and less recoil, weight and muzzle blast. (This performance envelope may seem familiar. The most recent round to emerge from the Afghanistan conflict is nearly a ballistic carbon copy. The 6.8 SPC kicks out a Berger 140-grain VLD bullet at 2,400 fps.) 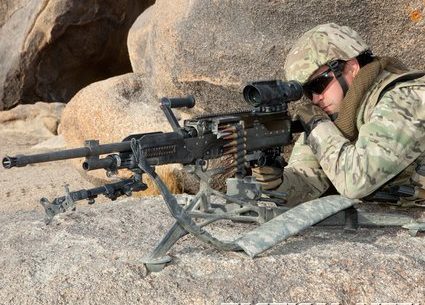 Considered by many to be 30 years ahead of its time, the EM-2 offered…