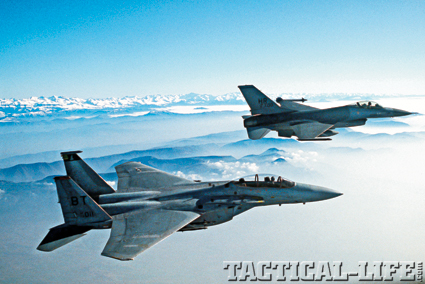 Fighter aircraft, once supernovas in the galaxy of military weaponry, have played a far less prominent role in the last decade despite the global campaign against terrorism and other regional conflicts. Two reasons account for air combat’s lower profile: First, counter-insurgency operations tend to involve low-technology systems that focus on ground warfare, and secondly, development of new fighter technology apparently has run out of steam.

Few nations have introduced new military aircraft of any kind, and the handful of developmental programs in the works have moved at a snail’s pace in recent years because of massive cost overruns and difficulties in meeting technical specifications. The current worldwide economic debacle will not relieve aircraft-program budget pressure, and increases the probability that research and development may be terminated, not merely stretched out.

Fighters In The Making
U.S. Defense Secretary Robert Gates recently decided to end one of the two new aircraft designs still in work in the U.S. He called for an end to F-22 production, capping the program at 187 units. The F-35 Lightning II Joint Strike Fighter program will continue. These programs are producing substantially more capable combat aircraft with 21st-century technologies, including all-aspect stealth—the ability to avoid detection by both surface and air search radars.

The F-22 Raptor is a fifth-generation air superiority stealth fighter that also can handle ground attack, signals intelligence and electronic warfare missions. Original planned procurement called for 750 aircraft with initial production in 1994. Budget concerns reduced this number and delayed the program repeatedly. The Air Force committed to buy just 183 Raptors in 2006. Initial operational capability occurred in December 2005, and well more than 100 Raptors have entered service since then. The Air Force insists the Raptor is the most capable air sup­eriority fighter ever produced, but its capabilities come at a high price. Program reductions and stretch-outs as well as cost increases make the F-22’s price tag more than $330 million each, once development and procurement costs are factored in. Only the B-2 Spirit stealth bomber, at more than $1 billion per copy, is more expensive.

The F-35 is a multi-service tactical aircraft with several variants for the U.S. Air Force, Navy and Marine Corps and the British Royal Air Force and Royal Navy. These types are designed for land- and carrier-based close air support, bombing and air defense. Several other nations are planning to procure the F-35, which has generated much controversy over cost increases, performance issues and production delays. The aircraft is scheduled to become operational in 2011, and planned production totals nearly 3,200 airframes for U.S. and international users. A December 2007 Defense Department Selected Acquisition Report estimated a program acquisition unit cost, including both development and procurement funding, of more than $121 million for each F-35 in then-year dollars, well more than three times the original proposed costs, depending on model, of between $37 and $48 million each. Several government reports have predicted even more cost growth.

Affordability Factors
This article opened with the possibility that delays and cost increases plaguing the U.S. fighter programs could lead to their terminations. Although the U.S. may persevere and build more F-22s and F-35s despite these staggering price hikes, less affluent countries will not be able to afford even the limited number of aircraft in their procurement plans. Cancelled international purchase options will in turn affect American pricing, since manufacturers must spread their costs over smaller production runs.

The only other new front-rank fighter in production is the Eurofighter Typhoon, and it has suffered from the same budget problems and program stretch-outs that have slowed American aircraft. Other large nations have concentrated on upgrading existing designs or developing new aircraft with lesser capabilities.

All of these new planes eventually will replace current fighter and attack aircraft such as the Air Force F-15 Eagle and F-16 Falcon and the Navy and Marine Corps F-18 Super Hornet and AV-8 Harrier close-air-support jump jet, some of which will face retirement as early as the next decade. Current-generation combat aircraft were designed and entered service in the 1970s and 1980s, so most have needed upgrades in avionics, weapon systems, flight controls and propulsion to keep them current. Not all technology can be readily improved, however, and stealth in particular has been a prohibitively expensive feature on the developmental margin for new aircraft and virtually impossible to add to existing fighters.

Recently, however, Boeing has turned this economic premise on its head. The aerospace company apparently has overcome several technical issues impeding reduction of the F-15 Eagle’s radar cross section (RCS) in specific aspects and is now offering the F-15 Silent Eagle (F-15SE). The F-15 is the Air Force’s primary air superiority fighter, in service since the mid-1970s originally as a McDonnell Douglas product, and the F-15E Strike Eagle is a long-range ground attack variant that entered service about a decade later.

Versatile Platform To Upgrade
In operation, the Eagle, Strike Eagle and variants have proven to be exceptionally effective front-line fighters. The F-15 has a perfect air combat record—104 kills to no losses, with Israeli Air Force pilots notching more than half these victories. No air superiority version of the aircraft has ever been shot down by any means. F-15E Strike Eagles have flown attack and related missions since first deployed in Operations Desert Shield and Desert Storm. In the Gulf War, the U.S. Air Force lost one F-15E to a ground-launched missile, and a Strike Eagle scored the first and only air victory for the type with the shoot-down of an Iraqi Hind helicopter. Since 1990, U.S. F-15Es have flown in numerous operations in Iraq and Afghanistan. Several international customers, including Israel, Japan, Saudi Arabia, Singapore and South Korea, already fly F-15Es for both air defense and ground attack missions. Boeing believes the technology insertions it has proposed for the Silent Eagle will provide attractive, relatively low-cost upgraded replacements or retrofits for inter­­­­­­national fleets numbering more than 180 Strike Eagles. The estimated price for a new F-15SE with spares and training is around $100 million, a bargain compared with other new fifth-generation aircraft. The U.S. currently operates 217 F-15Es as attack aircraft and will keep them in service for years, but it is not likely to convert its attack fleet to Silent Eagles, according to Boeing, although retrofits are possible.

Multi-Mission 5th Generation
The company classifies the F-15SE as a “fifth-generation” because it has a lower air-based RCS than a standard F-15 or F-15E, but the new design is not an all-aspect stealthy aircraft. Ground radar will readily detect the Silent Eagle despite its profile improvements. Against air defenses, however, Boeing claims their aircraft can match other new fighters available for export, including the proposed international version of the F-35, in frontal-aspect RCS. This is a key selling point because international users typically employ their smaller aircraft fleets for multiple missions, and foreign variants of the F-15E are very capable air defense platforms even though they can handle ground attack.

Introduction of the Silent Eagle may have significant program implications for new fighters. As a retrofit aircraft, the F-15SE will be significantly cheaper than the F-35. Export versions of the Lightning II for many countries, moreover, are not likely to have the same level of all-aspect stealth as the U.S. aircraft, and international F-35s will be sold as is, without the F-15SE’s open architecture permitting modifications, upgrades and customer-specific system installations. These features will make the Silent Eagle an even more interesting and cost-effective alternative to the newer design, although fifth-generation fighters certainly will play important roles in 21st century air battles saturated with high-tech warfare systems.

Aside from high costs, the characteristics of current low-intensity and counterinsurgency conflicts are not creating increased demand for new fighters. Potential adversaries are not pursuing aircraft developments comparable to the F-22 and the F-35, and few aircraft can match the U.S. fighters in the inventory today. With the reorganization of U.S. defense budgets that now seems inevitable, questions about the future of fifth-generation aircraft are bound to arise, making the F-35 especially vulnerable to major cuts or cancellation. If that happens, Boeing could ramp up F-15 manufacturing on its low-volume but still active production line and deliver enhanced aircraft not just for international operators but also to the USAF as a readily available and far less expensive alternative to F-22s and F-35s. F-15SEs could at least conceivably become the last manned strike fighter aircraft the U.S. employs, all because they incorporate add-on stealth. 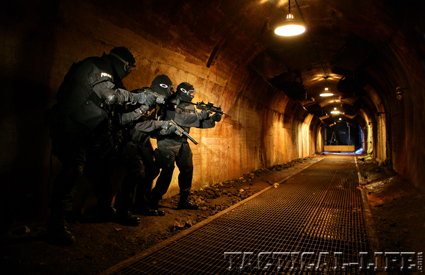 Fighter aircraft, once supernovas in the galaxy of military weaponry, have played a far…