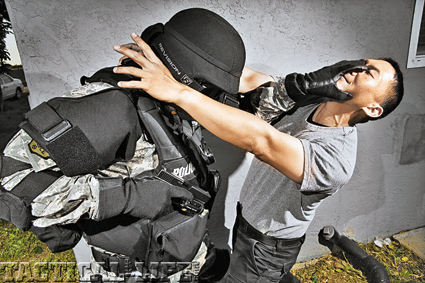 “Flash mobs” like those that rocked England are now appearing in spots in America. Bitter fighting and bitter losses continue in Afghanistan. Suicide bombers still stalk the streets in Iraq and Pakistan. Turmoil rages on in Libya and Syria. Threats against the U.S. are still a 24/7 concern.

Anybody feeling the need for a confidence builder amid the deluge of current threats will appreciate this issue of TW. Our contributors take you behind the scenes where military and LE pros are testing new weapons and training to respond to all attackers.

On the high seas, this issue has a unique reading experience that takes you inside an elite chopper as it bears down on a targeted drug runner. The Helicopter Interdiction Tactical Squadron brings its big-bore firepower into play, and a cocaine shipment worth millions is stopped cold. Plus, you’ll see how maritime Spec Ops can detect and destroy “Sea Tiger”-type terrorists, suicide-boat bombers with explosives-packed craft bearing down on ports and shipping.

Everyone interested in firepower and marksmanship has probably wondered what it’s like to engage targets from a helo. Now they’ll find out in “Aerial Top Guns,” a look at dealing precise blows while going 50-plus knots. The training takes place at Dillon Aero.

Our all-important firepower coverage seems to grow each issue, and this one is no exception. From extreme-range sniper rifles and optics, to close-quarter battle rifles and shotguns, our pages are filled with what’s new and what’s hot.

Take Adcor Defense’s B.E.A.R. retrofit package for AR-15/M4 rifle upper receivers: The gas piston-driven, battle-ready enhancements keep the indestructible M4 legacy alive. Another veteran getting an enhancement is Barrett’s revision of the M240 7.62x51mm NATO belt-fed machine gun, now re-engineered and trimmed down by 20 percent in the M240LW. The classic 750-RPM warrior takes out targets at 800+ yards from a bipod—1,800 yards from a tripod.

“Battlefield Boomsticks” is a roundup of special-purpose 12-gauge shotguns used by our elite forces. Going back to long ranges, we have the sneaky “Backpack Sniper” from Nemesis Arms, a bolt-action, multi-caliber rifle that goes from an up-armored briefcase to DOA precision in 60 seconds or less. And don’t fail to check out High Caliber’s “MK18 Ultimate Fighter,” where we’ll take their Mil-Spec SBR to Tactical Response for “Meltdown” training.

Advanced optics are an essential part of our sniper rifle coverage, with our exclusive test-fire of the Army’s new 1,000-meter AN/PVS-30 sniper night sight from Knight’s Armament. It spells bad news for insurgents who thought they were safe operating under cover of darkness.

Our unit training features take you inside the Tulsa, Oklahoma, PD, where lawmen operate with the best high-tech gear and firepower to clamp down on domestic terror. Going overseas, we cover Italy’s elite 17th Stormo special forces unit.

In a special training feature for this issue, we focus on S.W.A.T. techniques for CQB Long Gun Control. These experts show you, step by step, how to keep your entry guns out of the wrong hands.

Peacekeeping force may not always need to be deadly, but a quick and precise response can often keep an escalating situation contained, and stop it from turning deadly. The revolutionary new Beretta LTLX7000 Less Than Lethal Launcher will bring 12-gauge punch and pinpoint precision to situations when the best response to a threat may be less-lethal. We bring you the exclusive inside story of what Beretta is bringing to the fight.

Knowing just what our defenders are doing may not remove the cause for concern from tomorrow’s headlines. But a lot of good men and women are putting their lives on the line to protect us from those threats. They’re out there, on constant watch, doing something about them. 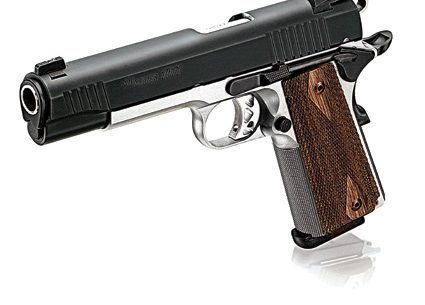 New products that caught our eye.

“Flash mobs” like those that rocked England are now appearing in spots in America.…