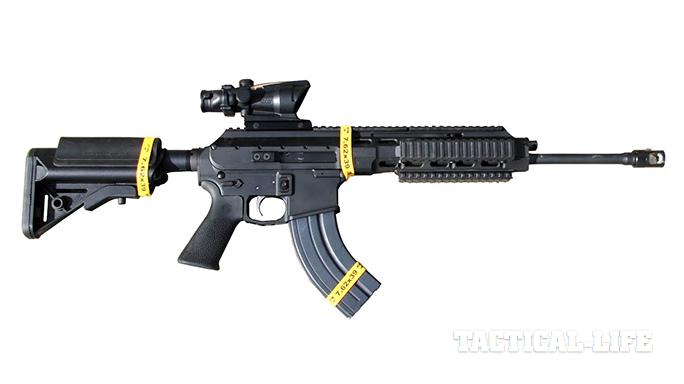 The 7.62x39 caliber will be available for order in standard ARAK-21 upper receivers, complete XRS rifles, and as a stand-alone kit for existing ARAK-21s.
Comment(s)

Originally, the complete rifle was available in 5.56 and 300 blackout, but now the company has announced the addition of the 7.62×39 Russian caliber to its offerings for the ARAK-21.

The addition of the 7.62×39 will allow the user the added advantage of a larger caliber round and less expensive ammunition for more range time. This system makes the ARAK-21 platform one of the most versatile platforms on the market, allowing the user to have the potential to have three rifles in one (5.56, 300blk and now 7.62×39).

The 7.62×39 caliber will be available for order in standard ARAK-21 upper receivers, complete XRS rifles and as a stand-alone kit for existing ARAK-21s. Kits will be available in 12.5-inch and 16-inch medium profile barrels.

“Rather than modify existing components, Faxon took detailed time and testing to create a robust set of solutions that solve many of the issues of the cartridge that plague other conversions,” Nathan Schueth, Faxon’s Director of Operations & Sales, said in a statement. “We lowered and widened the feed ramps to ensure consistent chambering, increased the bolt diameter to handle bolt thrust, and supply a new firing pin that matches the depth and width of the venerable AK to ensure consistent ignition.”

The ARAK-21 7.62×39 Kit has an MSRP of $499 and can be purchased at Faxonfirearms.com or through Faxon’s dealer network. MSRP for single barrel upper receivers is $1,199 and multiple caliber kits that include 7.62×39 will add $99 for the bolt and firing pin. 7.62×39-equipped ARAKs and kits will start shipping late February. 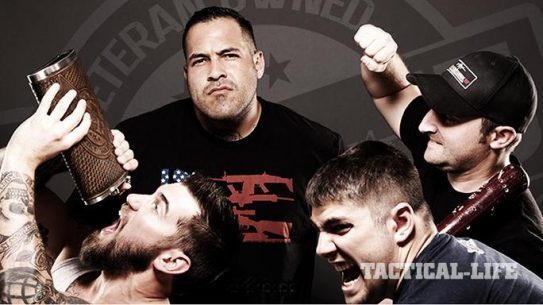 Article 15 Clothing: From Vets, For Vets

It took just one year for Article 15 Clothing and its founding veterans to...