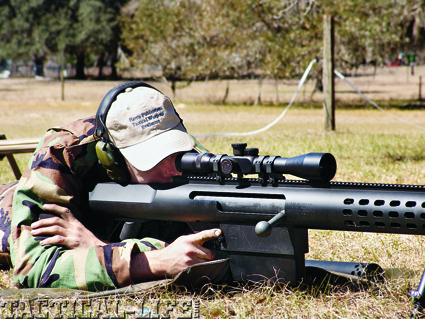 Emerging threats in the Global War on Terror are likely to include those that are harder, and those that must be brought to bay at longer distances. The Anzio Ironworks Mag-Fed 20mm.

For the first quarter century of its 100-plus year tenure, the FBI did not carry firearms nor make arrests. The Bureau was conceived under Teddy Roosevelt’s administration to bring the scientific method to investigating federal crimes, which they did with a high degree of unarmed efficiency. Within a year of the infamous Kansas City Massacre in 1933, however, Congress had authorized this agency to go about their business armed.

Then, and even through WW II, a field office was considered well equipped if the agents had .38 revolvers and the weapons locker held a shotgun, an M1921 Thompson or a Colt Monitor.

Threats to American peace and security have grown exponentially since those early gangster years, and so have threats to individual federal agents who investigate and enforce laws enacted to prevent or neutralize such threats. The tools and technology fielded by the FBI in this war on crime have tended to keep pace with those direct threats. Now the simple [sic] war on crime has morphed into the Global War on Terrorism, which has upped the ante considerably. In light of this, what the Bureau does not have on line, it must at least have a working familiarity with. Available technology and weaponry need to be known and agents trained in their use, if they are to be available for the appropriate mission. Reaction to any imminent threat may need to be nimble, to be effective.

Big Bore Blasters Go To Quantico
Scenarios where the FBI may need to respond to—or stand off—an active threat would logically include very long ranges, and the target requiring service may include a vehicle or vessel, or other transport or device purpose-built by terrorists or criminals. Recent purchases by the Bureau for delivery to the school at Quantico would indicate that plans include thinking outside the Remington bolt-action box, for mission requirements exponentially 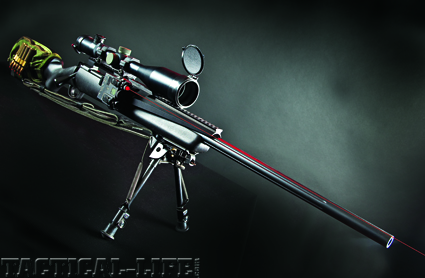