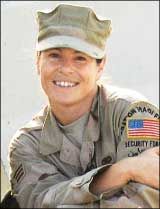 September 21, 2007: “I can picture it like it was yesterday,” Air Force Reserve Senior Airman Diane Lopes states. “I remember I started to turn, then I heard the blast on my right side. It was the loudest thing I’ve ever heard. All I saw were sparks and a flash. The flash went through me. I thought I was on fire.”

Airman Lopes was injured in a rocket attack while deployed to Kirkuk Air Base in Iraq. After just four weeks in Iraq, she was wounded as she was walking on base. An insurgent’s 80mm rocket landed just 25 feet away. It was a blast wave, a wall of high pressure that radiates outward at speed from an explosion. The wave carried countless pieces of shrapnel. She indicated that she felt no pain at first though her wounds were significant. She suffered a broken tibia and fibular in her left leg, a collapsed lung with a reported 80 percent of the tendons cut in her right wrist. The backs of her legs were burned, her right eardrum was perforated, and shrapnel was embedded throughout her body.

She was rushed to Baghdad by air for medical support before going to Germany and finally to Walter Reed Medical Center where she currently receives therapy for her wounds. Her peers are all very proud to have served with her. “Diane’s courage, sense of humor and sheer will to overcome a devastating injury have been an inspiration to all who know her,” states Col. Steve Kirkpatrick, 920th commander. For her exemplary service and sacrifice, she attended President George W. Bush’s final State Of The Union address on January 28th.—DoD 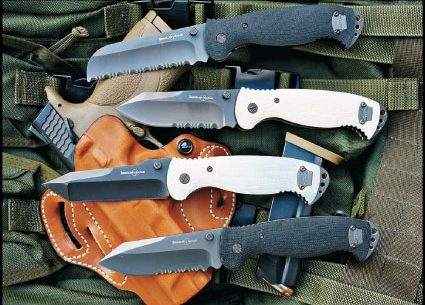