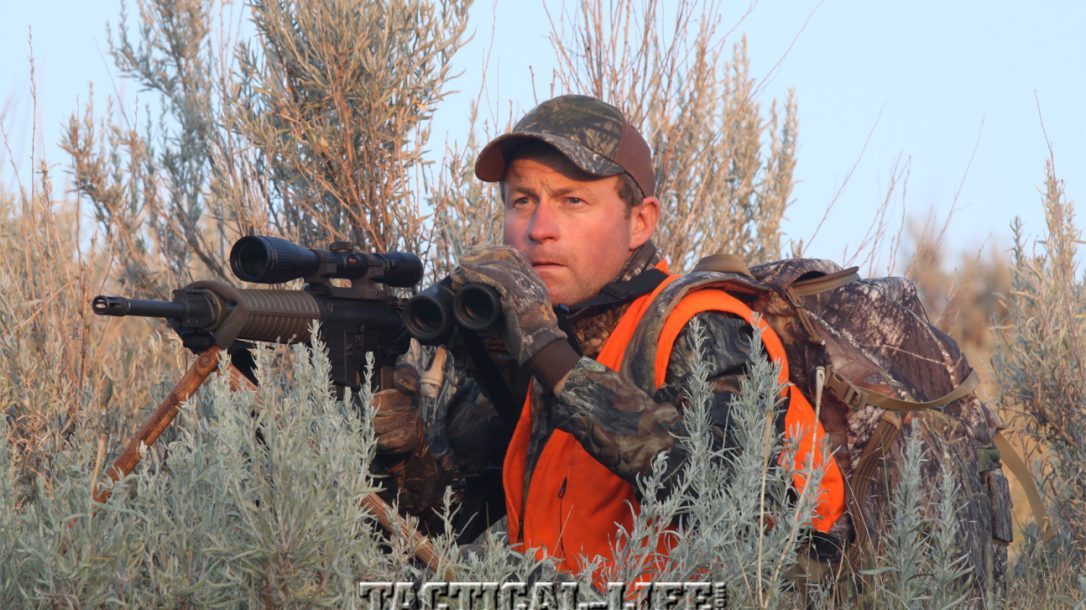 Fire In The Hole
Comment(s)

From cover to cover, this issue is a multi-faceted celebration of the American Spirit. Every story has a solid connection to hardware from bygone battles, hunts, competition, survival and most importantly, our yearning for true independence.

The spirit of always improving on a tool’s usefulness shines through when you see and shoot Losok’s impressive take on John C. Garand’s M1. Speaking of useful tools, you won’t want to miss Wayne van Zwoll’s historical look at the great lever guns used by homesteaders and military units. New pioneer spirit, soaked with the soul and drive for self-sufficiency, is what you’ll find in our exclusive interview and shoot-around at Gunsite with rock icon Maynard James Keenan. On top of that, we’re featuring a multi-pistol-caliber AR-platform rifle (Americans love choices!) that goes from full-takedown mode in your bug-out bag to action in a matter of seconds.
All riflemen love to compete in one form or another. The competition crowd is covered nicely with a year-long torture test of Colt’s new sub-MOA Pro, an inside look at the U.S. Army Marksmanship Action Shooting Clinic, plus a DIY Gunsmithing column that is guaranteed to make you shoot 20-percent faster!

We round out the issue with what we believe to be future American classics, like Mossberg’s new 7.62 MVP bolt gun, ArmaLite’s Mod 1 AR in 7.62×39 and Big Green’s semi-auto 750 Woodsmaster.

There is sweet American spirit hard at work these days—in RF’s pages and on Main Street. When we law-abiding, firearms-owning Americans are criticized by gun-control activists who scream, “You can’t own one of those military rifles,” we react with vigilance by purchasing scores of those arms along with their necessary accouterments. And when opponents cry out with, “You don’t need to have one of those military rifles,” we can proudly state that the Founders penned the Bill of Rights, not the Bill of Needs.

Freedom, as our forefathers and history have taught us, is anything but free. Ronald Reagan said it best in 1961, “Freedom is never more than one generation away from extinction. We didn’t pass it on to our children in the bloodstream. It must be fought for, protected, and handed on for them to do the same, or one day we will spend our sunset years telling our children and our children’s children what it was once like in the United States where men were free.”

Make no mistake, our civil rights are infringed upon daily by misguided folks who know about firearms only what is fed to them by the left-leaning media. It’s a shame that media doesn’t do its job anymore. They don’t educate themselves on the news it is reporting, and thereby give viewers falacies not facts. Here’s a fact you won’t see in today’s headlines: In 1995, Senator Dianne Feinstein told 60 Minutes,“If I could have gotten 51 votes in the Senate of the United States for an outright ban, picking up every one of them—Mr. and Mrs. America, turn ’em all in—I would have done it.”

That said, Thomas Jefferson is cheering us on as we march onward with our votes and dollars, to support not only the right to bear arms but the businesses that provide the arms and ammo to keep our nation free. In many respects, we gun owners are the new soldiers striving in defense of freedom to keep rights-grabbers in check, to maintain our ability and responsibility as Americans to defend ourselves, our families and our unalienable rights. Hold your ground, American soldiers! It’s time to dig into the fight and this issue. Please accept this RF edition as a salute to your gallant fight for liberty. —Nino Bosaz 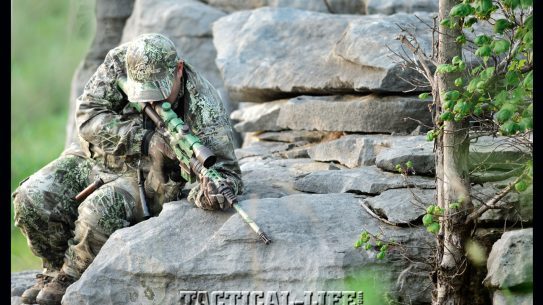 From cover to cover, this issue is a multi-faceted celebration of the American Spirit.…