0
SHARES
16
VIEWS
Share on FacebookShare on Twitter
Whether many outside of the firearms industry realize it or not, all is not well for many gun companies. Sales are down across many product categories. But nowhere did sales plummet quite like black guns, most specifically the AR-15. 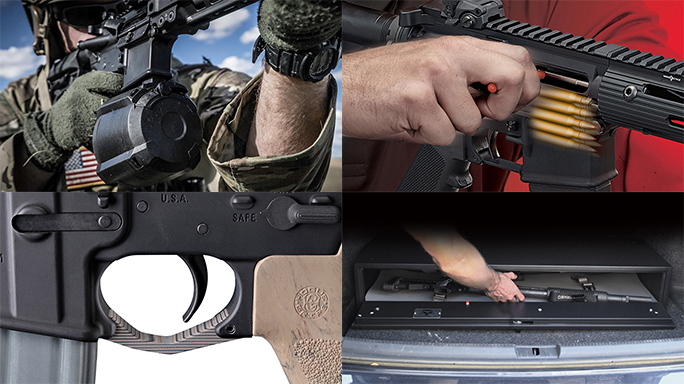 On Tuesday, The Tactical Wire ran a story that illustrated just how bad the downturn has become for some companies, as SportCo Holdings filed for Chapter 11 bankruptcy. Now Sportco owns Ellett Brothers and United Sporting Companies; these are big distributors that buy and sell and ship much of the product that ends up at our local gun stores.

The story tells a familiar tale we’ve heard many times since the Trump election, where gun companies got caught out in No Man’s Land. “The company cited management’s impression that Hilary Clinton would win the White House in 2016 and it’s subsequent speculation into guns and ammunition into guns and ammunition based on that mistaken presumption as one major factor in their failure. Rather than booming sales and healthy margins, they were caught with inventory no one wanted,” wrote Jim Shepherd.

So why is this important to the consumer? Well, this is one example of where companies built a whole bunch of guns, and whether it’s the gun company, the distributor or the dealer, guns aren’t selling, and somebody’s not getting paid. In this latest case, we’re talking tens of millions of dollars. SportCo owes Vista Outdoors (owner of several companies) a whopping $3.2 million. And the list goes on: Ruger ($3.1 million), Magpul ($2 million), Savage Arms ($1.9 million), Bushnell ($1.8 million), Henry ($1.4 million), Smith & Wesson ($1.3 million). This small sample just begins to scratch the surface.

Indeed, times remain tough for several firearm industry companies. And while we can’t predict the future, there is no reason to see a seismic shift in buying patterns anytime soon. So add in the summer doldrums of gun sales, and there is a great opportunity for consumers.

While the industry is full of gloom and doom, there are currently tremendous deals to be had on black guns, especially rifles. Brownells currently lists a DPMS Oracle A3, with a 16-inch barrel, for $499. Bushmaster’s QRC Optic Ready 16-inch rifle is also marked down to $499.

Ammo is plentiful, accessories are abundant, and black gun prices have never been lower. There has quite literally never been a better time to buy your next, or first, black gun.