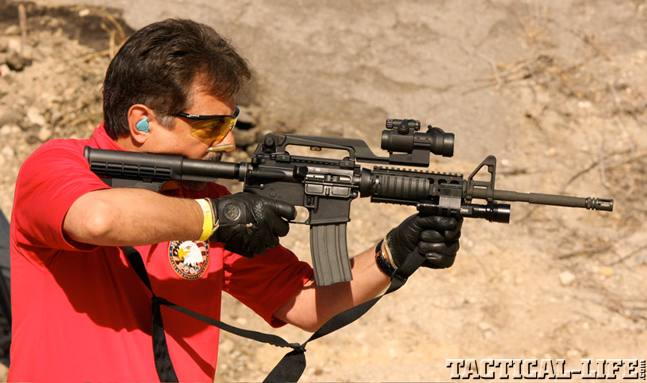 To millions of TV viewers he’s David Rossi on Criminal Minds. To fans of the silver screen he’s the star of the gangster epics Bugsy and Godfather: Part III, the David Mamet drama Things Change and comedies like The Three Amigos. To my kids he’s the dad on Joan of Arcadia and the voice of “Fat Tony” on The Simpsons. He’s even got a star with his name on the Hollywood Walk of Fame!

But on top of being one of America’s most versatile and talented actors, Joe Mantegna is also a shooter, and he produces of two of the best shooting shows out there, Midway USA’s Gun Stories and Shooting Gallery on the Outdoor channel. We caught up with Joe after the SHOT Show in Las Vegas where he received the Golden Moose award for his work on Gun Stories.

MY FIRST GUN: A Remington 1100, which I still own. I was about 19 years old living in Chicago, and I used to ride my bike along Lake Michigan. Back then there was a gun club located right on the lakefront, and I’d stop there on my bike and watch the men and women shoot skeet over the lake. The club had been there for many years, and it was such a thrill to be in such a beautiful setting and watch the club members engage in their majestic sport of clay shooting. One day one of the members noticed me by the fence and asked if I was going to shoot. I said I had never shot a gun in my life, but I enjoyed watching them in their sport. He encouraged me to join him, and at that moment he took an extra shotgun out of his trunk, bought me shells and two rounds of skeet and gave me as complete and skilled a lesson in skeet shooting as any novice could hope for. After that second round, I was hooked. He instructed me where and what to buy as my first shotgun, and I haven’t looked back from the shooting sports since. I discovered that particular gentleman was the president of the gun club, and now over 40 years later, I think often of his kindness and patience in introducing a young man to the shooting sports, in the style and manner as it should be.

IF I COULD ONLY OWN ONE: One rifle, a Ruger Ranch in .223. One pistol, a single-action Browning-designed .45 ACP semi-auto (right now one made by Cabot Arms gets my attention). For a shotgun, most anything made by Beretta, Perazzi or various other Italians. Hey, I’m prejudiced! 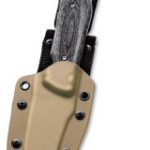 ON GUN OWNERSHIP: First it is a link not just to American history, but to the history of civilized man. The firearm as both a tool and a means of defense has been the common thread for our civilization for many centuries now. Also, I look on gun owning as an important responsibility. A firearm has the potential to be an instrument of historic heroics as well as destructive infamy, depending on whose hands control it. It is a responsibility never to be taken lightly.

ON LE-BASED WORK: I love doing Criminal Minds because it gives me a chance to pay homage to the brave men and women who work in law enforcement. I have made a good living over the years playing, on occasion, heroes. Our men and women in uniform, both law enforcement and the military, are heroes.

EDUCATING GUN BIGOTS: To me, gun education is the most important thing about shooting. Most of the bad connotations connected with the shooting sports come from lack of education. I’ve always felt that if given a few hours on a range and in a classroom with the most avid opponents of firearms, a well-informed instructor would be able to do a lot in affecting their position on that topic.

MY RANGE TIME: I don’t get to shoot as much as I used to, mainly because I’m so busy with my work. However, I always enjoy the time I do get to do it, and now that I’m hosting Gun Stories on the Outdoor Channel, my opportunities to get out there and enjoy the sport have greatly increased.
Shooting and acting both take focused concentration, but as with anything, you want it to become almost second nature. Again, education and practice are the keys to success in most anything.

RANGE FUN: Too many incidents to recall the most fun I’ve had at a range, but being able to introduce my youngest daughter to the shooting sports is certainly at the top of that list.

ON BEING A SHOOTER AND CELEBRITY: As a celebrity gun owner all I can do is try to be as best a role model for safe gun ownership as I can be. We in the public eye become role models if we like it or not, and I don’t ignore the responsibility I have to be as best an example I can of a participant in the shooting fraternity.

I’ve never been a political person, and have been an independent my entire life. Let’s keep the Second Amendment out of politics. It’s there for all of us in this country, and there is a reason it’s right up there below the freedom of speech. I encourage people to educate themselves regardless of their gut feelings about this issue. Read what Thomas Jefferson has had to say about the importance of the Second Amendment. There has been tons of rhetoric about this topic over the centuries, but there is still no better logic than what comes from one of the brightest individuals who has ever lived, who we are lucky enough to be able to refer to as one of our founding fathers. 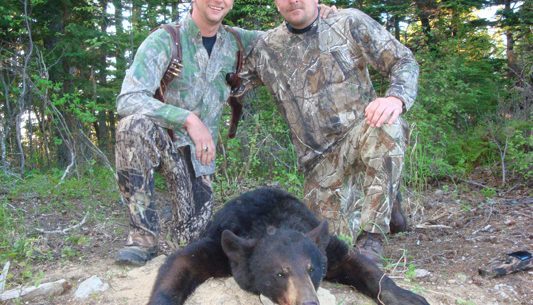 To millions of TV viewers he’s David Rossi on Criminal Minds. To fans of…