WASHINGTON, April 3, 2009 – Defense Secretary Robert M. Gates will make budget decisions this weekend that will indicate a “fundamental shift in direction” for the department, the Pentagon press secretary said today.“These are not changes to the margins,” Geoff Morrell said. The changes will affect the fiscal 2010 Defense Department budget request, he explained.

Gates is expected to announce the changes during a news conference April 6. The announcement ends more than three months of careful analysis, Morrell said.

“A series of choices have been teed up for the secretary, and he will spend the weekend making those decisions and putting the finishing touches on his recommendations to President Obama,” he said.

During the news conference, Gates will discuss his recommendations and the strategic goals that drove his thinking, Morrell said.

The secretary revealed some of his budget concerns during hearings before the Senate Armed Services Committee in January. In that testimony, Gates stressed that he was ready to make tough choices. “Any necessary changes should avoid across-the-board adjustments, which inefficiently extend all programs,” Gates said. “We must have the courage to make hard choices.”

Gates is expected to push for more efficient rates of production and look for economies of scale as he makes his decisions this weekend.

Gates has said he will stress jointness in his deliberations while considering service specifics. “To address a given risk, we may have to invest more in the future-oriented program of one service and less in that of another – particularly when both programs were conceived with the same threat in mind,” Gates said before the Senate.

The secretary also wants to implement changes that will increase competition, freeze requirements on programs when contracts are awarded, and increase incentives for proper contract behavior.

This does not in any way suggest the White House has embraced the secretary’s recommendations, but White House officials are aware of the process and how the secretary will unveil them, Morrell said.

The secretary wants the process viewed as a whole, rather than as the sum of its parts, Morrell said.

“He wants the opportunity to explain to the Congress and the American people how each of these decisions adds up to a budget that better allocates resources to meet the challenges we are currently facing, to support the warfighters that are currently engaged in conflicts while at the same time not neglecting the very real need to prepare for potential near-peer conventional conflicts down the road,” he said. 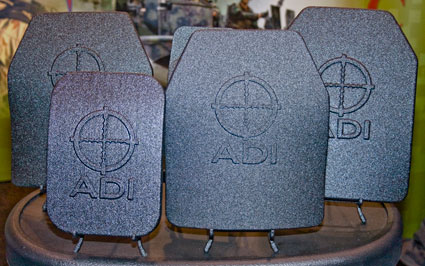