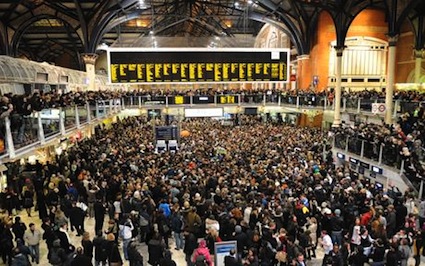 Arguably, the area of technology that is changing most rapidly and extensively is in the field of communication. Instant communication is the word of the day and it will only become more instantaneous. Coupled with new social media, telecommunication has put the world at your fingertips. Indeed, the handheld communicator—once a prop in a science-fiction television series—not only exists, but is commonplace.

Unfortunately, this change is also reflected in the criminal element. Gone are the days where a covert meeting is needed in some dark, smoky room. With group texting, group calling and the instantaneous nature of social media, crime can be planned and executed in brief minutes. It makes it incredibly difficult for law enforcement to prevent crime, and even harder to predict it.

The latest trend in crime is the flash criminal mob. The flash mob started as a group of people communicating over social media, or their phones, to meet in one location spontaneously. The group would then break into song and dance as a joke. Now this is being employed by criminal gangs who spontaneously break into your business, your car or assault you on the street. No one seems to be laughing anymore.

The crimes so far have ranged from armed robberies of jewelry stores to surrounding and assaulting an innocent bystander, robbing him, and throwing him into a river. International in scope, much of the rioting, looting and violent crime occurring is nothing more than a criminal flash mob. They are becoming more prevalent, more violent and more unpredictable. And they are not going away anytime soon—not without a concerted effort. Something really has to be done. The question is what.

What Can LE Do?
The best solution is a stronger police presence. Ironically, this comes at a time when departments are cutting back, so having more cops on the street is not easy. Now, we need a greater presence but have less money and fewer officers. At the moment, it is about moving assets around.

Many agencies are stepping up foot patrols, bike patrols and obvious proactive enforcement. The more visible the department, the better. Having boots on the ground with trained eyes and honed instincts can see these criminal mobs coming and take steps to stop them before they get started.

Officers need to monitor social media sites. Like all crime, as it evolves so must the ingenuity of the police. Just as detectives are catching sexual predators via the computer, they can also get wind of these events as they are unfolding using the same social media sites used by the criminals. It is nothing more than keeping your electronic eyes and ears open when legally possible. Times are changing, and we in law enforcement must keep up with the pace.

As distasteful as “Big Brother” can be, one of the best methods for prevention, intervention and eventual apprehension is the video camera. These mobs are often caught on tape and that is the only means for catching them in the act. Even better, cameras in large public areas that are monitored may be able to send officers during the build-up, rather than waiting for the crime. Unfortunately, this just may be the way the future looks.

Lastly, when these criminals are caught, they need to be punished, pure and simple. These criminal flash mobs cannot be passed off as a fad or joke. Those who commit crimes must be prosecuted to the full extent of the law.

True Awareness
It sounds simple, but be aware. The true eyes and ears of law enforcement are the citizens. They must get involved. Everyone must be observant, diligent and willing to call whenever they see what may be a mob building or a crime occurring. The same technology used to commit these crimes can be used by the rest of the public to stop them. After all, they may be a mob, but working together, we vastly outnumber them. As a rule, criminals take what we are willing to give; at some point, we must stop giving. Don’t be a victim and band together to protect each other. Sometimes the best way to beat a mob is to make a bigger one! With law enforcement and the civilian community working together, these mobs don’t stand a chance. 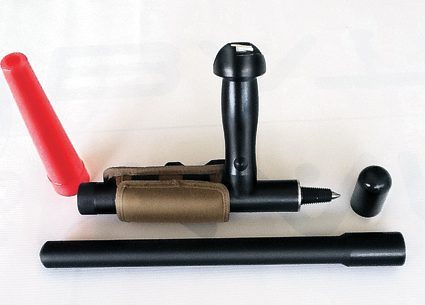 A crowd of flashmob dancers congregates at London Liverpool Street Station on February 06,…