by Tactical Life
in Guns
0 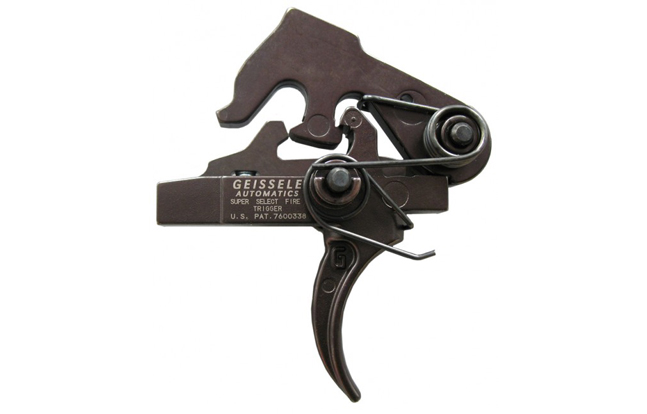 The all-new DMR3 is an extremely accurate and reliable rifle with an 18-inch Hybrid-profile. This provides the just-right balance between rigidity for accuracy and a weight light enough for quick maneuverability. The cold hammer-forged barrel is chrome-lined with 1:8 twist. Made from FN’s proprietary machine gun barrel steel, it features a rifle-length gas system with pinned low-profile gas block. The DMR3 features a SureFire ProComp muzzle brake, which keeps felt recoil to a minimum. So, the rifle’s muzzle stays flat for faster shot-to-shot recovery.

The 14 5/8-inch aluminum handguard uses Hodge Defense’s wedge-lock technology for an extremely rigid setup that minimizes deflection and allows for a fully free-floated barrel, further aiding accuracy. Additionally, its continuous MIL-STD Picatinny rail at 12 o’clock and multiple M-LOK attachment slots allow the user to fully customize the setup, with ample space for optics and other accessories.

The MIL-SPEC lower receiver is forged aluminum and features an M16-style bolt carrier group with high pressure/magnetic particle inspected and certified bolt. The addition of the Geissele two-stage precision G2S trigger allows for exceptional trigger control with the first stage trigger pull ranging from 4.25-4.75lbs and the second stage ranging from 2.75-3lbs.

Editor’s Thoughts on the FN 15 DMR3

I know that lots of people prefer to build their own AR pattern rifles. I am not one of those people. That’s why guns like this particular FN 15 appeal so well to me. However, if I was going to build a “do-everything” rifle that I could hunt, shoot 3-gun, gas gun precision rifle matches, and whatever else comes to mind with, it would be spec’d out like this. If just pulling triggers is your thing, this might be the rifle for you.

Perhaps surprisingly, the market for off-the-shelf ready DMR AR15 rifles is fairly small. Again, there are lots of guides on how to build one yourself. However, few companies are offering a rifle that is this well set-up direct off the shelf. –Caleb