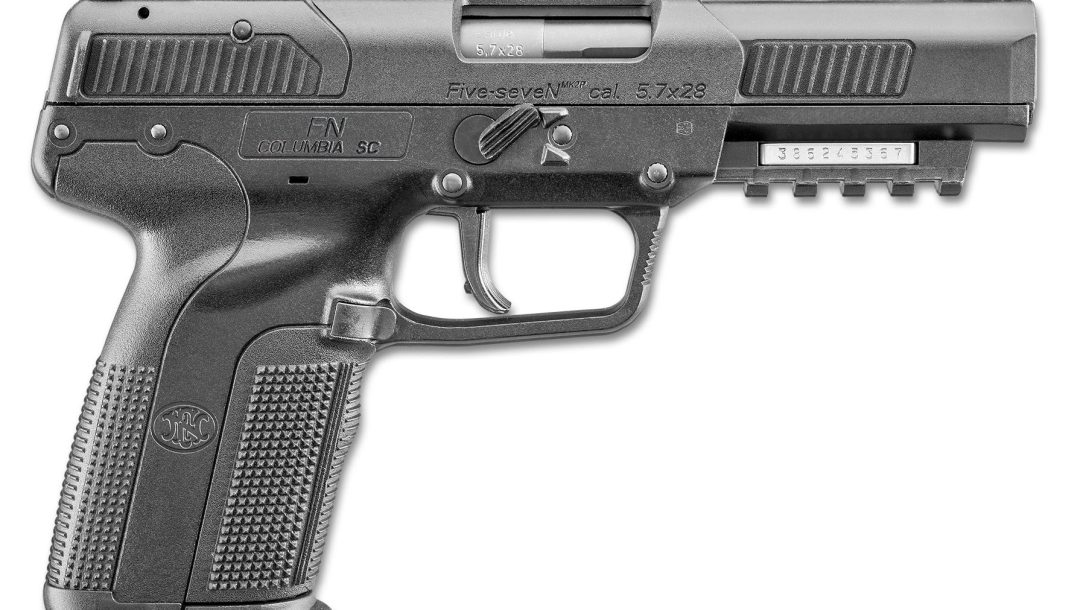 While the Five-seveN is among the vanguard in combat pistol design, its futuristic concepts are based on established fighting handgun requirements while maintaining an overall familiarity in form and function.

The basic operation will be familiar to most any pistol shooter, the Five-seveN has some distinct features that at first will seem alien. Other adjectives that can describe this single-action, recoil-operated, semi-automatic pistol include futuristic and space-age. This gun was designed from the ground up with military needs in mind first and foremost, starting with its distinct bottle necked high velocity cartridge. Innovations include a rear C-More Systems combat sight is drift-adjustable, while helping to provide a long sight radius and good sight picture, along with a center-positioned ambi safety sits just above the trigger and can be easily activated using the trigger finger.

Certainly bottleneck pistol ammunition has been with us for some time, going back to .30 caliber Luger, Mauser and Tokarev rounds and more common today in the .357 Sig cartridge. The advantage to using bottleneck rounds is that they can produce higher velocities and often will chamber easier.

Cartridge Advantage
The Five-seveN is built around its distinct 5.7x28mm round, developed two decades ago by FN as a planned replacement for the standard 9mm NATO round. Obviously that never happened, but the round and the two guns it was designed for, the FN P90 personal defense weapon (PDW) and FN Five-seveN pistol, have found their niche in specialized applications for military and law enforcement, with a growing fan base among civilian shooters as well. 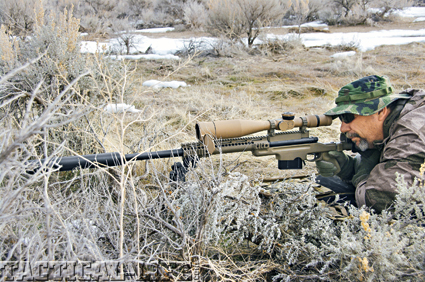 While the Five-seveN is among the vanguard in combat pistol design, its futuristic concepts…